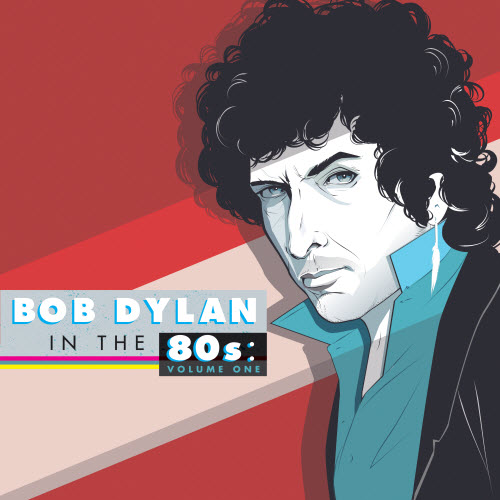 Bob Dylan and the 1980s. Words which when placed together invariably generate the most extreme of reactions. Expressions of complete antipathy or total indifference are not unusual from even the most devoted of his fans when they are asked to describe this period of Bob Dylan’s recording career. Suddenly there was the man, who only two decades previously had almost single-handedly changed the face of popular music, producing some of the most uninspired and unmemorable records of his entire back catalogue.

Still reeling from an acrimonious and costly divorce and the accumulative effects of extensive alcohol and drug abuse, Dylan staggered into the ‘80s and the arms of the Lord. He embraced Christianity with an evangelical fervour and his born-again faith and almost maniacal mission to spread the word indoctrinated his first two albums of that decade, Saved and Shot of Love, continuing the message that had first begun to preach on 1979’s Slow Train Coming.

Whilst this religious fervour would begin to dilute as the 1980s advanced, it was not to be replaced by any marked improvement in the quality of Bob Dylan’s recorded product as one fairly unremarkable album followed another. Dylan’s live performances were equally erratic during this time as he adopted a scorched earth policy to his earlier material rendering them almost unrecognisable to even the most trained Dylanologist ear.

But it is to this time that the Manhattan-based music producer Jesse Lauter and the Brooklyn engineer and guitarist, Sean O’Brien have returned to source the material for the compilation album Bob Dylan In The ‘80s: Volume One. Enlisting the help of a wide and most diverse range of artists from Built to Spill to Bonnie ‘Prince’ Billy; from American comedian and musician Reggie Watts to former Guns N’ Roses axeman Slash; and from Craig Finn of The Hold Steady to Carl Broemel of My Morning Jacket, they have between them chosen 17 songs which span Dylan’s then studio output from 1980’s Saved to the Under The Red Sky album ten years later.

Yet for all that Bob Dylan had embarked upon what for many was seen as his creative lost weekend, a time when he lost not only his way but also his mind, he was still capable of producing some songs of quite staggering beauty, finesse and indisputable greatness. ‘Every Grain Of Sand’, ‘Jokerman’, ‘Dark Eyes’ and ‘Series Of Dreams’, which quite astonishingly never made the final cut for Oh Mercy, all fit this particular bill. And it is to these particular songs that the various artists featured on Bob Dylan In The ‘80s: Volume One almost continually gravitate.

This decision to opt for this higher-end, vintage Dylan material proves to be either a curse or a blessing for many of these artists. Built To Spill,  Sam Cohen of Yellowbirds and American folk-rocker Elvis Perkins on ‘Jokerman’, ‘Series Of Dreams’ and ‘Congratulations’ (from Dylan’s late 1980’s distraction with Messrs Harrison, Lynne, Orbison and Petty in The Travelling Wilburys) respectively all suffer the same fate of being far too in thrall to the Zen of Bob Dylan. By remaining in awe of his acute sense of cool (even in those ramshackle times), their versions of these songs all stay pretty faithful to the original without really adding anything to them.

The New Jersey composer and multi-instrumentalist Marco Benevento, however, relocates ‘Every Grain Of Sand’ to some dusty Wild West saloon, recreating the song as a forlorn instrumental with a beautiful nickelodeon melody. And whilst the combined efforts of Slash and Aaron Freeman from Ween are unable to breathe any new life whatsoever into what has to be possibly the most moribund and ridiculous Dylan tune of all time, ‘Wiggle Wiggle’, Bella Union recording artist Hannah Cohen’s interpretation of ‘Covenant Woman’ is positively inspired. The fragile vulnerabilityof her voice and the delicate piano-led accompaniment praise the song’s melody rather than its religious message.

The album’s stand-out song, though, is Craig Finn’s reading of ‘Sweetheart Like You’. He grabs the song by the very scruff of its scrawny neck, removes all traces of its Mark Knopfler/Dire Straits glossy studio imprint and reinvents the Infidels’ track as a really quite glorious, fist-pumping rock anthem.

Bob Dylan In The ‘80s: Volume One will be released on 30th June 2014 via ATO Records. It can be ordered HERE 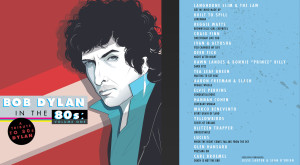