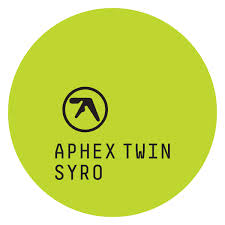 This record has been a long time coming, to say the least. Apart from a series of 12″ singles nearly ten years ago, the last album from Richard D. James was 2001′s Drukqs. Such is the mystique and legend surrounding the man, that there has been much excitement over the past few months with every little tease across the internet picked up and analysed by fans. The fact that as I write this album is heading for the the album top three should come as no surprise, rather a reflection of the quality and the legend.

Album opener ‘minipops 67 [120.2][source field mix]‘was the first track to do the rounds. It was unmistakeably Aphex Twin, not as mental as ‘Come To Daddy’ or as draw-dropping as ‘Windowlicker’ but a) reassuring to have him back and b) a sign that his muse hadn’t deserted him. It wasn’t particularly groundbreaking either – but looking at the work he has done over the last few decades, he’s in the fortunate position of being able to do whatever he likes and knowing that people will pick up on it.

What strikes me on listening to the album is that how James has always worked in so many fields of dance. He’s more than dipped his toe into ambient, but also experimented with acid house, techno and drum’n’bass. What makes Syro such an exciting listen is the way that he takes on board what appears to be almost forty years of dance, often working in a pretty leftfield milieu – yet at the same time , for the most part, a balanced mix of sunsettling and listenable. Hell, I’m sure there’s even a hint of disco at times.

And yet, album closer evokes Drukqs‘ ‘Avril 14′ with its Satie meets Eno soundscape. It’s a sign that one of the few things we can expect from him is the unexpected. While this album may not be as much of a OhmyGodwhatthebloodyfuckwasthat as Drukqs was, it’s still a welcome return and for those who have not encountered his work before (tut tut), perhaps a good place to start.