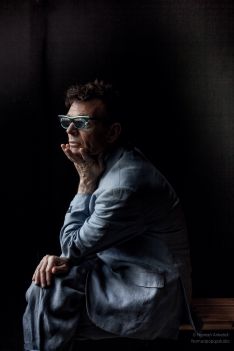 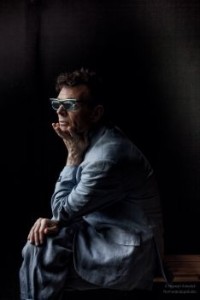 Given that the West End is awash with musicals and revivals, putting on an entirely new play is a pretty tough business. And while the intimate environs of the Draycott Arms aren’t quite as prestigious as the National or Globe, West London playwright Simon David has at least managed to pack the place out.

Not only that, but David’s third play certainly has something new to bring to the table. On a surface level, it’s a sometimes shocking and very physical performance sure to stir up some controversy, along perhaps with a host of other er, less cerebral emotions. But in its theme of modern day pan-sexuality, explored through the gender bending antics of frustrated newlywed Imogen (Holly McFarlane), it has something to say about the free-for-all nature of today’s sexual climate.

As Imogen’s dalliances with neighbour Eve and her voyeuristic husband Lucien slowly drag her own initially religious husband Adam (Jonathan McGarrity) into the love rectangle, the rather more traditional sins of envy, pride and jealousy join lust on the list. Adam comes to a sticky end, asphyxiated in a moment of auto-erotic abandon when the foursome visit a sex club called Eden, and the others are left to pick up the pieces.

It all sounds a bit like an immoral Joe Orton farce, but in reality there’s less in the way of debauched laughs and more slow burning intensity, enhanced by David’s technique of short, sharp verbal exchanges as all four characters  constantly interrupt each other. It’s a technique that works well, lending an energy and constant sense of tension most of the time, although an occasional breather in the shape of some internal monologues or explanation of the plot might make for a slightly smoother audience experience.

But that’s a minor quibble, and Adam’s Eve has plenty going for it. The entire cast is effortlessly convincing, but Ayesha Casely-Hayford’s performance as the impish seductress Eve and Andre Goncalves’s louche, coke-snorting Lucien are particularly compelling. The play’s subtle but integral musical augmentation, put together by Karin Fransson, is also worthy of praise, especially the heart-rending, mournful lament that Gabrielle (Imogen Headley-Cummings) sings with a Billie Holiday-esque soulfulness, bringing an awed silence to a genuinely moved audience.

Adam’s Eve is due to return to the Draycott Theatre for a second run in February, and it’ll be interesting to see what tweaks playwright and director Simon David gives the play with the benefit of experience. It certainly feels as though he’s on the verge of creating something very special – a play very much about 21st century living but at the same time rooted in certain universal, unchanging truths. It might make you uncomfortable, shock you even, but you’ll definitely leave with plenty of food for thought, and that alone makes it a work to be cherished.