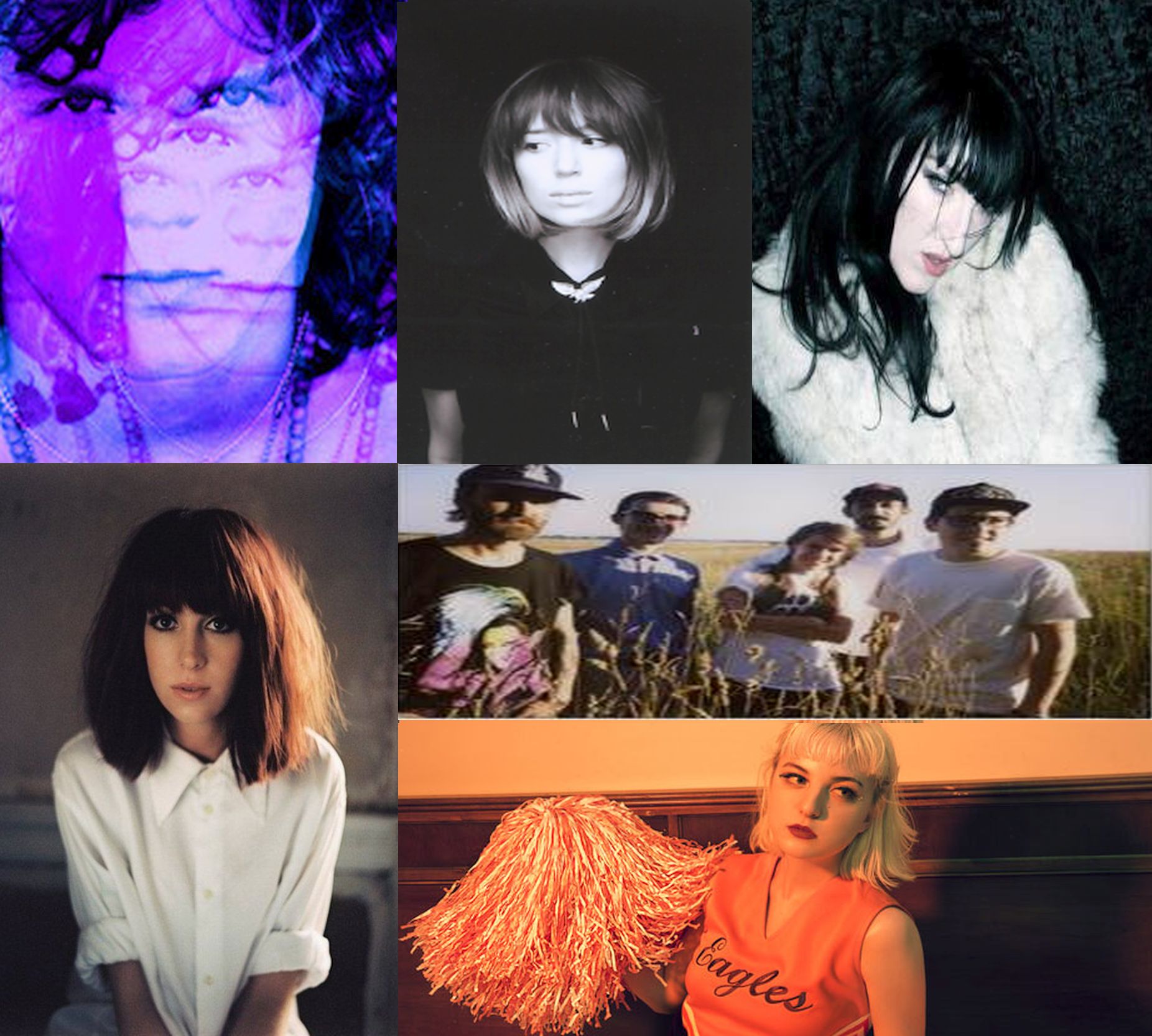 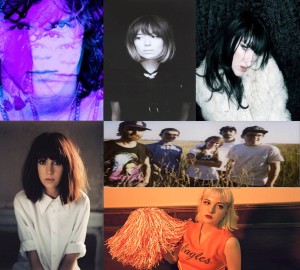 Yes, it’s that time of year again, when the writer’s at GIITTV towers, crack open our Nostradamus-like map of the artists we think will do good musical things in the next twelve months. When we say good things, we aren’t really thinking specifically about whether they will chart at this point, we are just backing them to produce exciting material and shows next year. Giving you a nudge in their direction, tipping you off to a range of acts of all genres and all levels, that will hopefully make an appearance on your playlist or a live show you enjoy in 2015. So without further ado here’s the first part.

First up GIITTV editor Bill Cummings delivers three of his tips for the top in the next year, with the promise of more to come in his yearly Tip Tape in the early New Year… 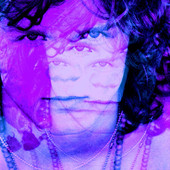 Hailing from Somerset Edward Griggs is a 19 year old multi instrumentalist operating under the moniker Ted Zed , he first came to our attention this September with his EP ‘Believe’. The title track was a big bold, swirling psych-pop song with propulsive beat, throbbing baseline, bleeping synths and kaleidoscopic guitars, all warmly redolent of early MGMT. While Griggs’s mantra like verses have the hip air of Marc Bolan before giving way to a chest beating, soaring chorus that elevates pleasingly on a wave of emotion of the kind Primal Scream‘s Bobby Gillespie often conjured around the Screamadelica period. It was a heady concoction.

He is now set to follow this up with his rather fine new single I’M GOLD, through BMG on 5th January 2015. Inventively, interjecting a mystical dose of self belief into a blinking, slithering electro pop gem that oscillates somewhere between the largely forgotten spacey sounds of Babylon Zoo and the vast ambition of early Verve. Ted explains:
“It’s about feeling separated from the outside world and the realisation that we’re all part of a cycle and there’s no escaping it, but deep down we know we’re miraculous and gold.”

These releases mark Ted Zed out as an artist with the potential to bust into the mainstream whilst retaining his individualism in 2015, which isn’t an easy feat in the 00s, we can assure you.

Secondly, Bill picks out CANDY DARLING as a one of the most exciting guitar acts he has heard in 2014. 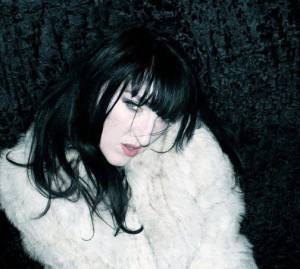 Billing themselves quite starkly as ‘a psychedelic post-punk group from Bristol’ Candy Darling were a relatively new name to me. Yet their front lady wasn’t, I witnessed Emily Breeze back in the mists of time at one of the much missed Peppermint Patti shows at Cardiff’s Chapter arts, an elegant and poised live performer her 50s flecked noirsih country blues was a pleasure to behold. Now she remerges helming one of the most exciting new groups I’ve clapped ears upon in the past year. The first two songs to emerge from their arsenal alerted us to their quality.

The bashing beats and anti materialism howls of their debut single ‘Money’  were sublime, scampering down the cities dark underbelly: a clash between urgent literate scowl of Patti Smith and the fractured lacerating post punk of Suicide, the biting repeated refrain ‘Money! Success! Money!’ spat out like a dirty word. ‘Temples’ meanwhile, was a masterful slab of sensuous rock n roll, that see’s Emily’s tragic wrapped vocals swoop through imagery that depicts the death of organised religion with a grace and venom that knocks the derivative Savages into a warm grave..

Yet all of these description are quite frankly inadequate, so seething with sexual glamour, psychodrama and spite are the two songs that Candy Darling have unleashed upon the public so far, quite frankly we are listening to the fruits of years of toil put into honing these sleek beasts.

Candy Darling have just recorded their second single “Going Straight” with Strokes/Regina Spektor producer Gordon Raphael who approached them after seeing their single launch. This will be out early next year. On the evidence we have so far, Candy Darling will be an unmissable feature to behold in 2015. 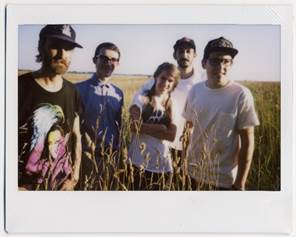 The wonderfully named Pinkshinyultrablast are a five-piece band from Saint-Petersburg in Russia who are set to release their debut album ‘Everything Else Matters’ in January via the A30 label: a hallmark of quality when it comes to pschy and gazey sounds. Laced with longing bittersweet vocals, Pinkshinyultrablasts’s strength is their ability to pick apart the retroness that sometimes befalls some acts in the gaze genre minefield that is often in awe to the pillars of the genre, so whilst they do recall the likes of early Lush, Slowdive, and Ride and even the brittle structure of Young Marble Giants, they lace each airy composition with icy electronics and minimal percussive u-turns, and pop hooks that keep you on your toes: all of which adds up to sonic landscape that sounds reassuring of 2015.

The band say of their hometown of St Petersburg that, “we realised the local indie scene was totally boring and wanted to play something radically different”. The band take their name from an Astrobrite album, an act who were, according to the band, instrumental in how they “researched spaces between ambient, heavy guitar and pop music”.

Delightful lead track the sharply chiming and subtle rhythmic shifts of the dreamy ‘Holy Forest’ are laced with lead lady Lyubov’s effortless vocals, that recall the effect of a young Elizabeth Fraser but always sound like they are on the edge of teetering down the stairs towards a pretty melody or hook laden melodic breakdown, all of which combines to give the effect of a glacial place between the electronic pop of Caribou and the cinematic sweeps of Mew. Meanwhile an album track like ‘Umi’ washes you away to an otherworldly place on a wave of My Bloody Valentine esque shimmers, and haunted melodies redolent of early Slowdive in their prime. All of which suggests their debut album ‘Everything Else Matters’ will certainly live up to their name….

Now, Mike Hughes picks out two unique female artists, to keep your ears out for in 2015. 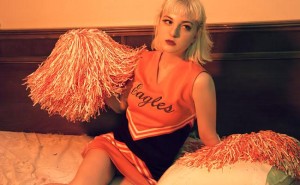 Dear god, what’s in the water over there in Canada? I just can’t speak highly enough of Lowell, her album ‘We Loved Her Dearly’ sitting there as my personal joint favourite of the year alongside (yes, more Canadians) Alvvays.

Lowell is the nom-de-guerre of Elizabeth Lowell Boland, originally from Calgary and then Toronto. Oh, just to get it of the way, she’s been a stripper, no big deal. What is a big deal is the way that tracks like ‘Cloud 69’ come crashing in and knock you sideways. I’ve been trying to find out if she’s a big deal on her native soil, and apparently, not yet. She’s signed to Arts and Crafts, which a great sign that things are moving in the right direction. And was sufficiently noticed to be involved in a project with Apparatjik, a sort of Scandi-supergroup involving members of A-Ha and Coldplay. I’ve listened to the Apparatjik stuff, and it’s ‘pleasant enough’ (how’s that for faint praise).

On her own terms, and on her own album, the force is much, much stronger, with beautifully big and brash beat-heavy electro production. My dad used to intone that people only ‘used bad language’ when they hadn’t got the imagination to find better words, but I’ll say it anyway – on tracks like ‘The Bells’, there’s just fuck-loads of joy. And just listen to the rumbling start of ‘The Sun’. Then there’s gorgeous quietude in ‘I Killed Sara V.’

Lowell is out and willing to speak about her own sexuality, which makes it a pity that ‘LGBT’ is a well-meaning chant – need I say more? Concentrate instead on songs like ‘Palm Trees’ and you’ll maybe see why I’m personally convinced that there’s huge promise to come from Lowell in 2015. (Mike Hughes) 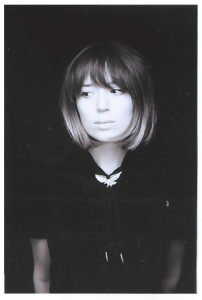 So how do you fulfil early promise? With much more of the same I guess. I first came across Hannah Lou Clark with her previous band Foe, a project that had me utterly convinced, and which resulted in an album I love to this day. That was all disbanded a couple of years ago, and since then Hannah has been further finding her direction and her voice. Gone are the crunk guitars, and in their place we have some of the lo-fi that would be familiar to fans of Advance Base. It’s clever and intelligently written stuff, and Hannah well describes it herself as “twisted pop songs”. I don’t know to what extent FOE opened doors, but since then, alongside home recording with an analogue four track, she’s been collaborating with the likes of Rob Harvey, Debbi Goodge and Ed Harcourt. Some dream landscape demos emerged along the way, and now there’s a three track EP which came out a couple of weeks ago. Alongside the guitars, the beat and the hiss of that four-track, it’s introspective and very English in its woozy and warped observation of being ‘Kids In Heat’, or having a thing for a scrapping bruiser on ‘Silent Type’. If this is a portent of things to come, I’m all ears.(Mike Hughes)

Finally for this part, Ed Jupp has a tip off about a lady who has the potential to seduce not only the playlisters of the BBC, but the hipsters too… 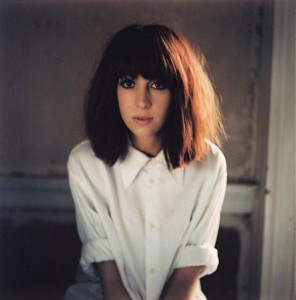 On the basis of the tracks she has made public thus far Laura Welsh sounds brilliant. Gorgeous, soft-electro-pop the sort to delight daytime radio and trendies alike, if there’s any justice.

For fans of Florence and the Machine, Sia and Paloma Faith – but on the evidence of this, people might be saying for fans of Laura Welsh.

The album tracklisting for Soft Control, which is released on January 19, is as follows: