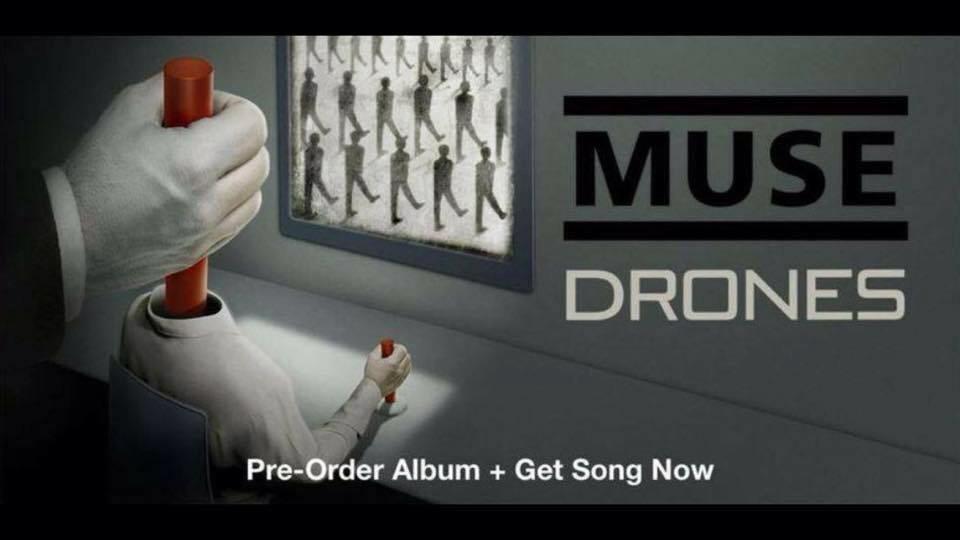 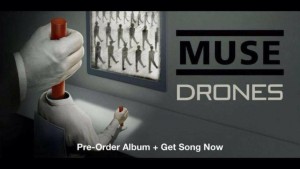 Muse have confirmed details of their new album. Titled Drones, it will be released on 8 June 2015 and will be preceded by a single, Dead Inside, on 23 March. Today Muse revealed a new track entitled ‘Psycho’ watch the video below.

“Drones” is due to be released in June. It has already been hailed as a return to Muse’s rock-driven roots, and is said to incorporate noisier elements of b-sides such as “Yes Please” and “Agitated” that featured extensively during their live performances towards the end of the touring cycle for 2012’s “The 2nd Law”.

Announcing the album, Matt Bellamy said: “To me, Drones are metaphorical psychopaths which enable psychopathic behaviour with no recourse.

“The world is run by Drones utilizing Drones to turn us all into Drones. This album explores the journey of a human, from their abandonment and loss of hope, to their indoctrination by the system to be a human drone, to their eventual defection from their oppressors.”

The single release will coincide with a special UK tour of tiny venues, which kicks off in Belfast this Sunday (15 March). Drones will be their seventh album and has been preceded by a series of Instagram audio and photo teases one of which was leaked earlier on ITunes(see above) along with a sneak preview of pre-order info.

Tickets for the dates will go on sale at 9.30am on Thursday 12 March.