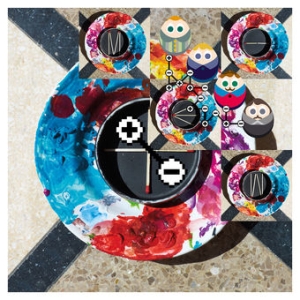 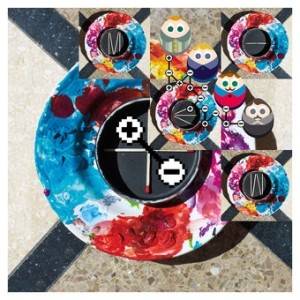 Be honest, how many times have you – by choice or otherwise – watched one of those makeover shows where either a woman or a house is given a complete transformation, and then you’ve sat there at the end thinking “but she/it looked better before…”?

Mew, in general, are a splendid band. They did not need remodelling. So it’s a real bone of contention that they have chosen to marinate the lion’s share of some fine tunes in the kind of ugly, over the top production that is responsible for clouding most people’s memories of the 1980s to the extent that they can only display a sneering recollection of that decade’s music scene.

Like a frustrated soldier, whose best ideas are routinely dismissed by an unwilling and unco-operative Field Marshall, so Mew‘s strongest compositions on ‘+ – ‘ are stultified by their ‘throw everything at the wall’ approach and instead of seeing if anything sticks, they borrow everything from next door and hurl that into the mix too. It’s a shame, because I feel there is some terrific songwriting here, but it’s struggling to escape.

Recent single ‘Water Slides’ is perhaps the Steve McQueen of the bunch though. It feels emotional, though looking at the lyrics you get the impression they wrote the song in their native Danish, stuck it into Google Translate and took what came back as gospel. How else would you arrive at lines like “Always not to exaggerated fights“, or “Oh let me go old dinosaur, from the wrong to the right settle“?
No matter, it’s one of the few moments where the over-excessive sentimentality seems to complement the melody.

‘Making Friends’ is another notable exception, in that it seems to take its roll-call from Scritti Politti‘s sophomore mid-eighties period and as a result is a whole lot more intriguing.

This is not a two star album, but quite frankly I can’t give it any more until it breaks from its shackles and stands up for itself. I can’t help feeling this album would look better in just its underpants.