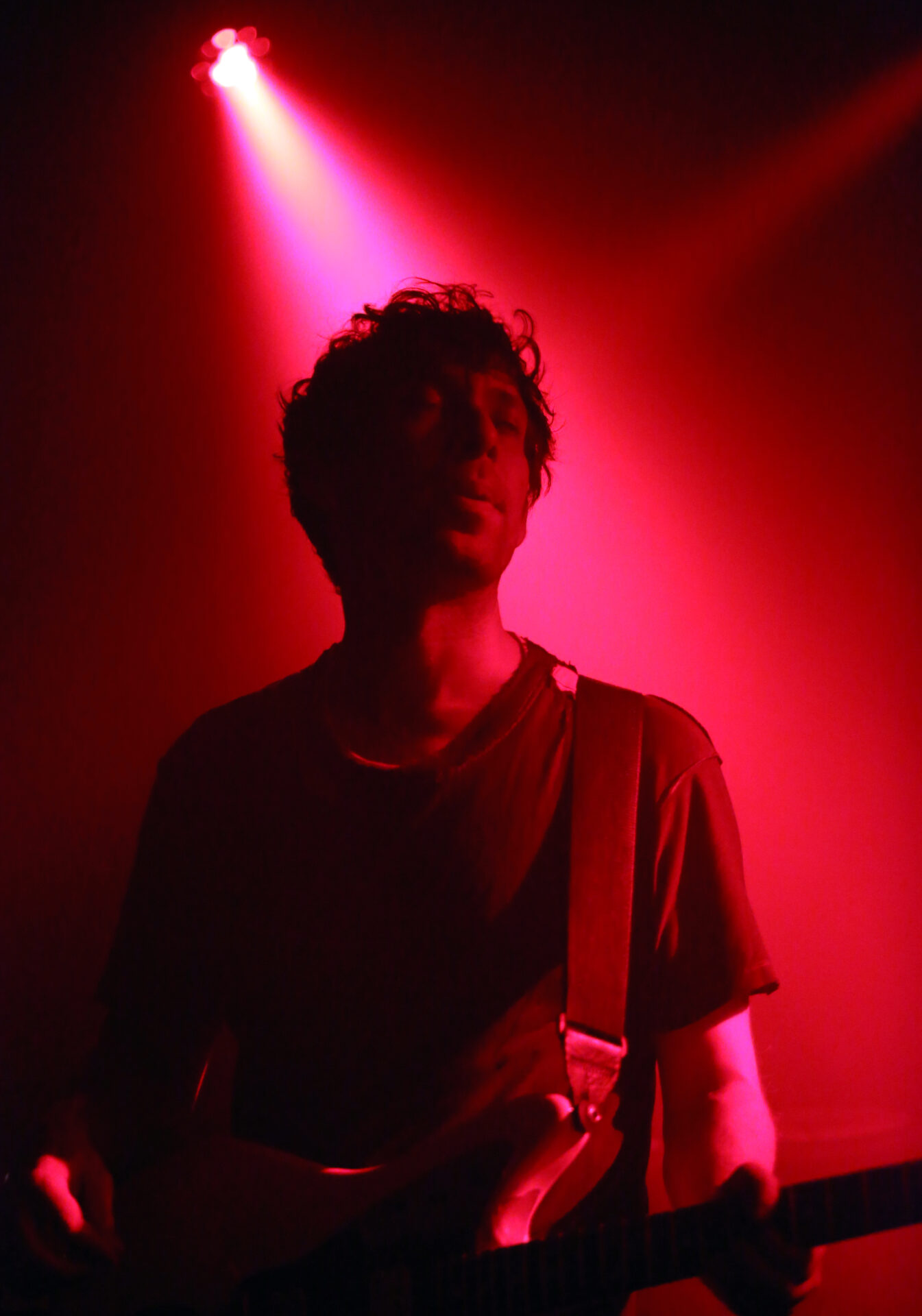 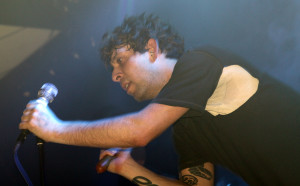 That may well have been an hour of our lives that we will never see again, but what an hour it turned out to be. For sixty totally absorbing minutes Luis Vasquez – the Californian man whose musical project of some six years standing is The Soft Moon – and his touring buddies, Luigi Pianezzola (bass guitar) and Matteo Vallicelli (drums), kicked up an electrical storm of quite immense industrial noise.

Ten stops into a mammoth 20 date tour of Europe – one that will see them make numerous festival appearances including Primavera, Psych Lab, and Sideways – the three men careen back and forth across The Soft Moon back catalogue. The set is bookended by ‘Black’ and ‘Being’, essentially the opening and closing songs from The Soft Moon’s recently released third album, Deeper. Three other songs are taken from that record tonight: ‘Far’, a terrifying ‘Wrong’ and a taut, incessant ‘Try’ that somehow conjoins the ghosts of The Cure, New Order and Depeche Mode past in some strange modern gothic dance. Yet for all of their inherent darkness each and every one of them sees Vasquez moving one step further away from all of the emotional madness that lies at the heart of Deeper. 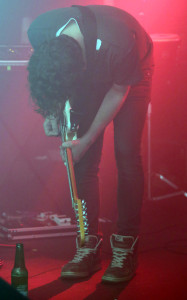 performing these songs live – is reflected in the manner that no clear differential can be drawn between them and The Soft Moon’s earlier material. ‘Into The Depths’ and ‘Sewer Sickness’ from the eponymous debut album, and played here back-to-back, are equally invested with primal energy, carefully controlled aggression and a clear sense of imminent danger. That they are all performed in a fug of swirling dry ice and obfuscated reds and blues merely adds to the music’s dark claustrophobic feel.

Yet despite all of its underlying sinisterism and anger, when Vasquez starts to beat the living daylights out of an empty 45 gallon oil drum during ‘Being’ and Pianezzola and Vallicelli’s join with him in a remorseless rhythm, the music of The Soft Moon finally reaches a point of self-fulfilment, a state of inner peace. The catharsis of Luis Vasquez may not yet be complete but hours spent like this must surely hasten its arrival.