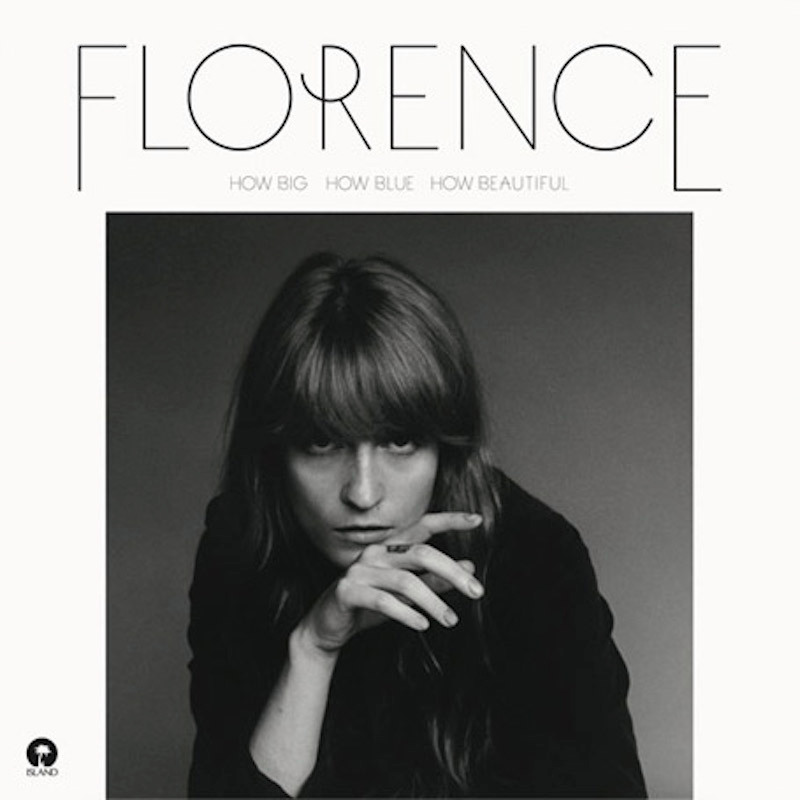 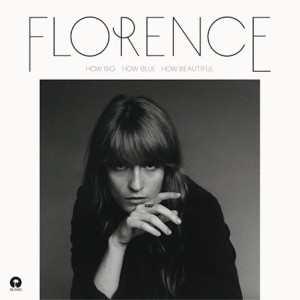 Gazing up at the sky one day in Los Angeles during a musically sabbatical, yet melancholic time in her life, Florence Welch spontaneously invented her own take on the Oscar Wilde adage of hope: “We are all in the gutter, but some of us are looking at the stars.” Based on the immediate and enlightening celestial observation, she called the band’s third album How Big How Blue How Beautiful (HBHBHB), which fittingly encapsulates personal epiphanies discovered during her months of singlehood and the process of quarter-life realizations.

Previously, her exhausting passion, overwhelming power, aggressive drums and dragon fire of energy in Lungs and Ceremonials was her substitute for real-life conflict and confrontation towards the complexities of her relationships and her own self-inflicted demons. She is still just as expressive in love on this album – even if she has stripped back on the authoritarian tribal drums and utopian harps and focused on the range of her vocals – and that’s because she continues to effectively use metaphors from literature, poetry and art to describe heart-aching issues. Like in the controversial violence of  ‘Kiss With A Fist’, the mental and physical are intertwined on HBHBHB and there’s a noticeable focus on ecclesiastical themes (biblical and monarchy). This is not entirely surprising, considering the gospel hints of her music arrangements to date.

In the title track, deep royal brass and fluttering strings motivate a song that’s initially understated and melodic and is guided by Welch’s embraces: “And every skyline was like a kiss upon the lips and I was making you a wish”. It’s courageous build of baroque soundtrack envisages a mountainous establishing shot of a victorious heraldic battle, culminating in the end of a conflict but the beginning of something new and peaceful. Knowing her intellect, it’s plausible that this could be Welch’s intention. Yet the multiplicity of the teaser music video also connects the war theme to her own cognitive combat.

Sacrificial rituals are not a new aspect of Welch’s writing (remember ‘Rabbit Heart’) but they join baptism, exorcism and purification, as well inspiration from the afterlife poem Divine Comedy in the music video for ‘What Kind Of A Man (WKOM)’. It’s a song that begins like a contemplative hymn with choral-like organ and an echoed guitar, creating the spaciousness of a cathedral before Welch bellows in the accent of Beth Ditto – one of many new variations of her vocal chords that diversify from one dimensional yelling, which also includes Ellie Jackson style delivery in ‘Delilah’ – and introduces a new horn-accompanied style of indie rock. Lyrically, it points the contradictory loop of a doomed relationship: “How do you do it? I’m through it. Then I’m back against the wall.”

‘Delilah’ and ‘St. Jude’ reference famous biblical characters. The fact that St.Jude is the patron saint of lost causes, fits easily with the dating disappointments described in ‘WKOM’ but the eye-opening line: “Maybe I’ve always been more comfortable in chaos”, surprisingly suggests that it’s her eccentric personality that hits the self-destruct button in safe companionships. It’s presented in a minimal fashion of gentle balladry, flute, momentary heartbeats and church organs. It’s one of her most understated compositions and vocal wise. Her performance being graceful yet restrained and showing that she can be powerful with different levels of pitch. Clappy ‘Delilah’ is multi-layered in its message. It narrates the modern impatience of waiting for a partner’s phone call, whilst overthinking and predicting the possibility of their betrayal. Welch sees the victim-perpetrator situation from the perspective of both characters in the biblical tale of dishonesty and seduction: Samson and Delilah. Beginning from Samson’s point of view: “A different kind of danger in the daylight. I can never let go”, and followed by Delilah’s selfish strategy: “Now it’s one more boy and one more lie.”

‘Mother’ and ‘Various Storms & Saints’ are the most protruding tracks on HBHBHB for different reasons. The former is her first entry into the realms of psychedelic blues. The only track produced by Paul Epworth – the majority of the album is under the wing of Markus Dravs (Arcade Fire, Coldplay) – intermittently jumps from a contrasting jungle-like atmosphere of crickety drum-machine, bird whistles and a subdued funky guitar into a fuzzy whirlwind of fast drums, reverb, clouded organ, disorientated wah-wahs and hallucinogenic rhythms. It has the Welch-like feeling of being lost, complimented with prayers of desperation: “Oh Lord, won’t you leave me leave me on my knees?”

To complete the religious undertones, Florence Welch enters a confessional booth on the orchestral ‘Various Storms and Saints’, to expose her most deep thoughts. Slightly relating back to her fascination with the dramatic qualities of water (‘Drumming Song’, ‘What The Water Gave Me’, ‘Never Let Me Go’), she uses storms as a metaphor for her most tragic despairs: “I know you’re bleeding, but you’ll be okay. Hold on to your heart, you’ll keep it safe.” Like the majority of this album, it’s a reassuring message to herself to stay calm in moments of crisis and advising that the most important thing is to look after number one. How bold, how brave, how buoyant.