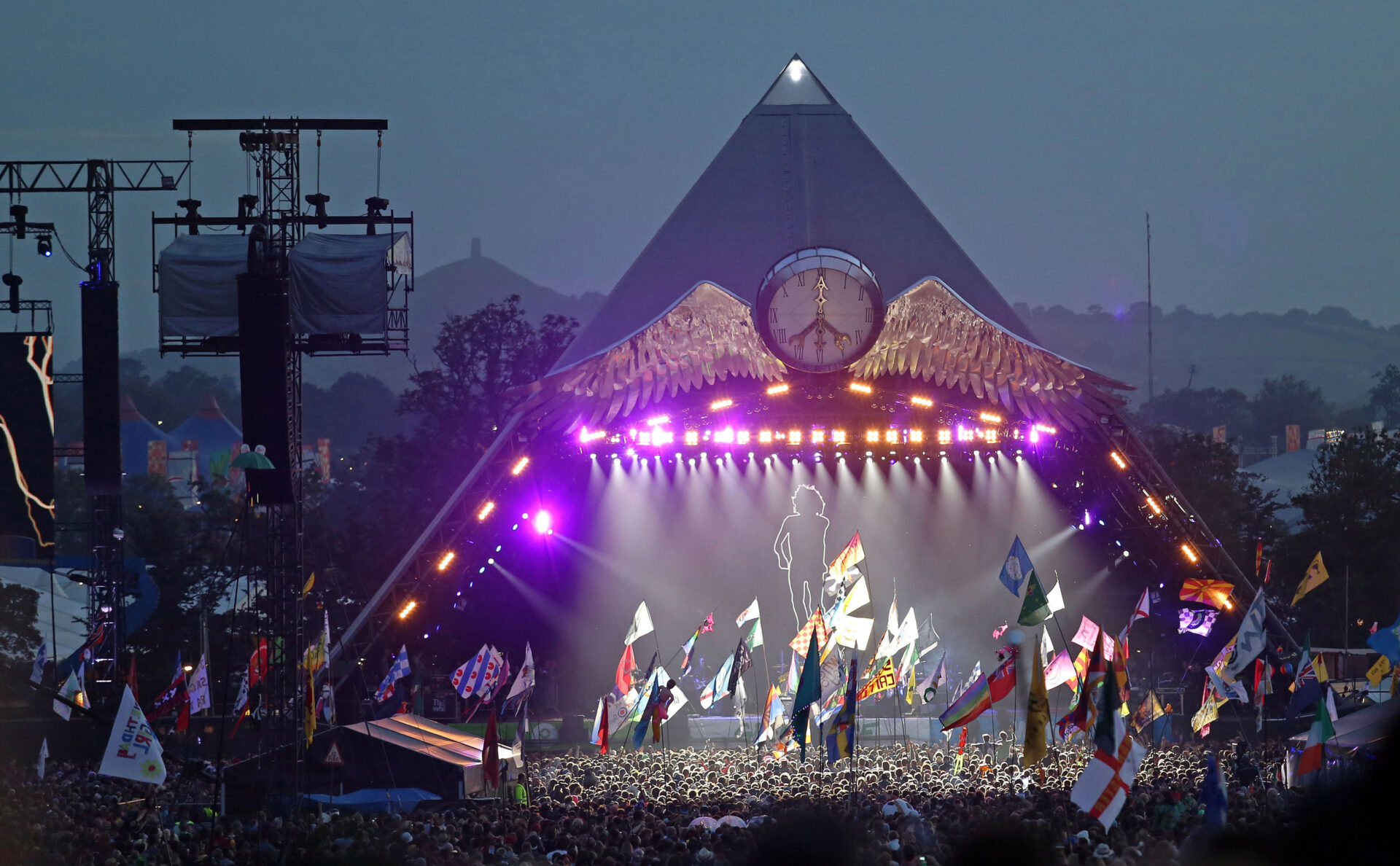 With each passing year Europe’s largest and most lauded music festival moves ever nearer to the middle ground. Populated by an ever expanding homogeneous white, middle-class crowd and in much the same way as Royal Ascot, Wimbledon, Henley Regatta have done before it, Glastonbury Festival has now assumed its familiar position as just another event on the British social calendar. 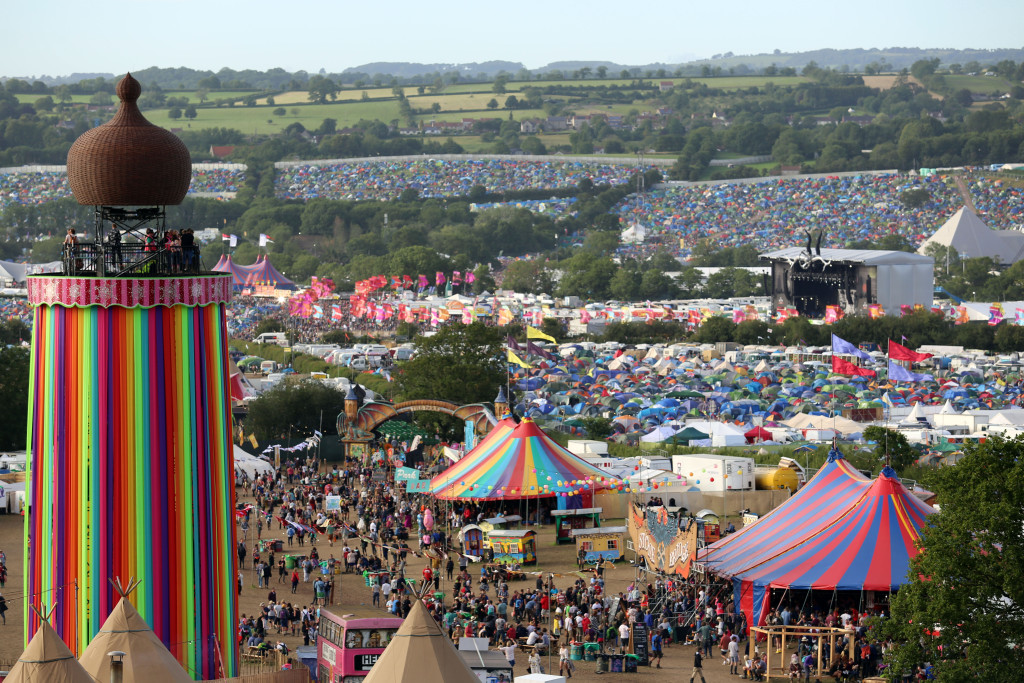 With tickets inching ever nearer to the £250 mark, it has become the playground of the rich. Where once there was an army of battered new age traveller buses, lorries and vans lining the entrance to Pedestrian Gate C, now there are Winnebagos and Airstream travel trailers. The Campaign for Nuclear Disarmament has been usurped by Debrett’s.

Glastonbury still has a burning desire to do great good. Its strong commitment to Greenpeace and Oxfam is worthy testament to this fact. And whilst the festival still has an equally great capacity to stretch the outer limits of cultural consciousness – any nocturnal trip to the burning hell of Arcadia, the undiluted hedonism and carnival joy of Shangri La, the active participation of Block 9 and the Unfairground (which contains Wango Riley’s Travelling Show, the only stage that remains since the festival was founded in the early ‘70s) will quickly affirm this – there is the tired realisation that the event has long since been consumed by the bloated excess of corporate entertainment.

The idealism of the original Glastonbury Fair – where change was envisaged through the collective power of music, good vibrations and ley-line energies – can still be felt in parts of the site, most notably up in the Green Futures, Healing Fields, and Sacred Space. But this stronger message of love has been shifted to the margins, trampled underfoot by the pursuit of a good time and the mere fact of saying that you had been there.

Music has similarly suffered with the hitherto genuinely diverse, inspirational, eccentric and revolutionary tracts of sound replaced by something that is altogether more mainstream and palatable to the general masses. There are, though, points where music and militancy do meet. The feminist punk activists Pussy Riot roll up at the Park Stage early Friday afternoon atop a Russian army vehicle. The Ramones once advised us that the third rule is: Don’t Talk To Commies. Pussy Riot now tell us that it is “every change begins with a riot”. The world has clearly changed.

Two days later Patti Smith embraces the theme of salvation and rock music’s indomitable spirit with first a beautifully poignant ‘Pissing In A River’ and then the most impassioned primal blast of ‘Land’ (which segues seamlessly into ‘Gloria’) you are likely to hear this side of the Horses’ original. In between times she even has time to welcome the Dalai Lama on stage to help him celebrate his 80th birthday amidst scenes that are undeniably moving and confirm music’s still supreme gift for unification.

Less successful are some of the weekend’s headline shows. Florence and the Machine’s upgrade to the top of Friday night’s bill (after Dave Grohl had the temerity to bust his leg) was met with howls of anguish in certain quarters. Subsequent television footage would indicate that perspective may well have been warranted in a show that was both overwrought and overblown. Kanye West’s choice for Saturday was met with similar opprobrium. His performance, however, whilst not confirming his assertion that he is “the greatest living rock star on the planet” was brave and atypical of much else that was on offer.

Sunday night ends with The Who. And whilst The Rolling Stones on this very stage two years ago would give lie to this view, archive footage of The Who in their supreme, nihilistic pomp – with nostalgic images of the sadly departed John Entwistle and Keith Moon – merely affirm that there will surely come a time when such bands are replaced by tribute acts playing in front of archive footage of the originals.

Motörhead vie with Burt Bacharach for the prize of those least likely to make it to the end of their set let alone the festival. Lemmy looks like a man who is living on borrowed time. Still defiantly sporting his Iron Cross but stood motionless for an hour, his voice is reduced to that of a frail rumble. It is probably just as well that he reminds us that the band he fronts play rock’n’roll. Equally fragile is Bacharach, though he probably has more than twenty years on Mr Kilmister. Plus his songs – and you forget just how many that he had written with Hal David that rightly deserve the accolade of “classic” – are absolutely timeless. Hearing ‘Walk On By’ played by its composer was one of those famous Glastonbury moments about which we regularly hear but that had been in such short supply this year.

But then wouldn’t you know it, the sun is suddenly out and about half a dozen of those moments happen one after the other. Nadine Shah’s appearance in the William’s Green tent early on Saturday morning is an absolute joy. Playing with warmth, vitality and confidence she lays down a strong marker for the performance of the weekend. ‘To Be A Young Man’ and ‘Stealing Cars’ are awe-inspiring and like Courtney Barnett, who follows her shortly afterwards on the Pyramid, it is surely only a matter of time before she too is playing here on one of the marquee stages. For her part, Barnett is not overwhelmed by her surge up the bill (last year she was on the much smaller Park Stage). Defying all expectations to the contrary, the quirkiness of her music translates readily to her wider surroundings and she leaves Worthy Farm confirming she really is that good.

Saturday night on the Park Stage sees the most memorable sequence of the entire weekend. With his familiar themes of heroin and Jesus, J Spacemen reconfigures Spiritualized as brave new cosmonauts for the years that lie ahead. They have never seemed so inspired. And someone else with more than a passing interest in gospel music is Mavis Staples. The 75 year old soul legend may well be troubled by voice problems but her interpretations of the old Negro spiritual ‘Wade In The Water’ and The Staple Singers’ ‘I’ll Take You There’ are emotional triumphs and confirmation of her rightful place in musical history.

But despite Nadine Shah and Courtney Barnett’s best efforts earlier on in the day (and mention should also be made here of Sharon Van Etten’s delightful set on the Park Stage the previous evening) the greatest performance of the entire weekend is that of Father John Misty. The man who is Josh Tillman and has seen past active service with Fleet Foxes has reinvented himself as the most magnificent of showmen. His act is one of unremitting largesse. Huge songs sung by a huge personality, a man who introduces significant slices of grandiloquence, theatricality, unbridled emotion, humour and that of the role of the louche, licentious nightclub crooner into his act. It is nothing short of spectacular.

Just as unforgettable though for vastly different reasons are the Fat White Family and The Fall on this very stage the following day. The former have to be the most dissolute bunch of musicians the modern world has produced. This time, though, they stay just the right side of chaos and even though Lias Saudi once more exposes himself and whilst this rather unedifying sight may fit with Glastonbury’s freedom of expression ethos, it does not distract from one of their more coherent, powerful sets. Another chap who has no truck with compromise is Mark E. Smith and despite the fact that he has clearly pissed himself before coming on stage, his absence of bladder control is not the barometer by which we will measure The Fall’s performance. OK, he also buggers off early during the concluding ‘Auto Chip’ and does not bother himself by returning but by then he has contributed to what surely has to have been their best show in years.

With its huge raft of unexpected entertainments, Glastonbury is still very capable of surprising and exhilarating the most jaded and cynical of observers. But as it moves forward into an increasingly uncertain future (there has been recent talk of the festival being forced to move location due to the Eavis family not owning the entire site upon which it takes place) it is sadly no longer that wholly unique, utopian paradise of magic, mystery, and joy or owner of that shared collective vision of wanting to change the world.