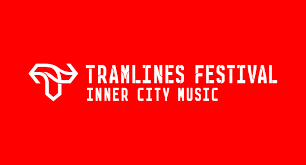 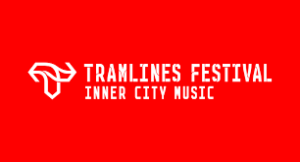 Tramlines Festival returns to sunny Sheffield for the seventh time with over 200 artists across more than a dozen stages scattered around the city centre. It is a bit like a northern version of Brighton’s Great Escape festival but with fewer industry types hobnobbing around and some slightly more mainstream headliners. This year’s line-up ranges from established heavyweights The Charlatans and Basement Jaxx to new underground heroes Errors and Fat White Family.

Tramlines regulars will be pleased to see locals Slow Club bringing their effortless swoon-pop back for the teatime slot at Devonshire Green, hopefully with a couple of new tunes from their forthcoming fourth album. They’ll be up against another returning Steel City band, Rolo Tomassi, who will be pummelling their new album Grievances around the brilliantly inappropriate City Hall ballroom at about the same time, so you’ll have to toss a coin for it.

If it’s excitable party riffs you’re after, then And So I Watch You From Afar and Cleft have you covered. If you fancy something more cerebral, then the likes of Ghostpoet and Lonelady will be gracing the brand new Main Stage in Ponderosa Park on Friday and Saturday respectively. On a new artist tip, Hannah Lou Clark will be gracing the Cathedral on Saturday afternoon. It’s quite an odd experience sitting on the floor of a cathedral drinking beer and watching bands but certainly not one to miss out on.

There’s plenty on show for a more experimental treat as well. From beat-laden soundscapes of Blanck Mass (otherwise known as 50% of Fuck Buttons) to GIITTV favourite jazz-pop oddities Portico and jerky art punks Blood Sport – all appropriately enough in the Millennium Gallery, where a couple of years ago 65daysofstatic unveiled their incredible Sleepwalk City installation; so there’s quite a pedigree to live up to.

After all that, the legendary Wu-Tang Clan wrap up the weekend on the Main Stage, hopefully playing the hits from last year’s $5m album Once Upon A Time In Shaolin. And even if they don’t, any line-up that includes the Wu-Tang Clan has to be taken seriously. Meanwhile Sunday evening at Queens Social Club offers a cracking one-two-three to charm your socks off: fiddly emo janglers Nai Harvest, ace Glasgow DIY hopes Honeyblood and puzzle pop princes Dutch Uncles.

If all this isn’t doing it for you then there’s even a stage in a forest and DJs til the wee hours for folks who haven’t been climbing the hills of the city centre all day. All this and you even get to sleep in a proper bed.

For more information about the line up and tickets visit the festival site.