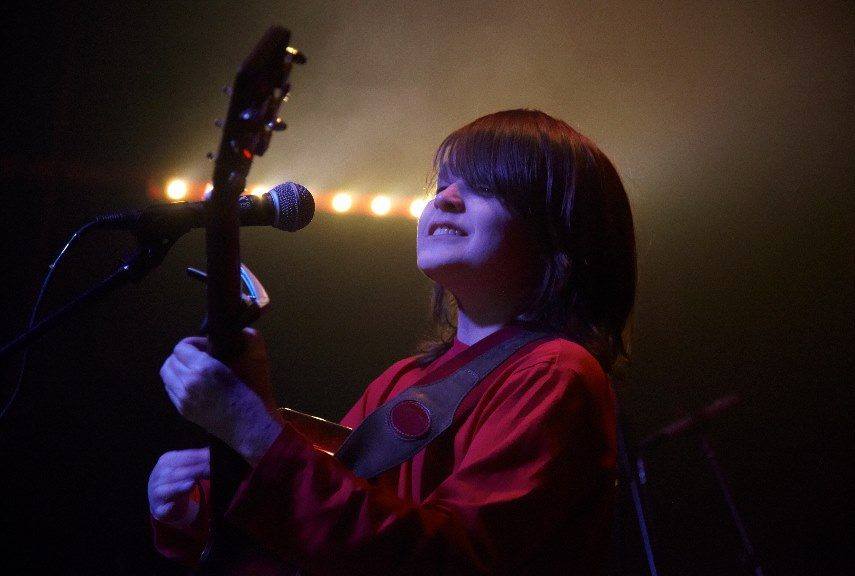 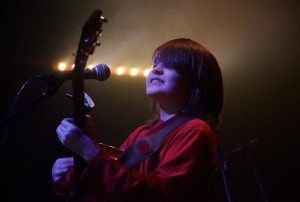 It’s back! Another heap of interviews with a band (Noir Noir), a writer (Martin Treanor) and band night promoters (D.I.Y Thursdays), not to mention fantastic music by Ned Dylan, Dedwardians, Craig Ingham and Rat Boy. This channel is uploaded EVERY Wednesday and Sunday.

Subscribe and like this channel so as not to miss out on any new releases. Oh, and don’t forget to like God is in the TV on Facebook. Not satiated yet? Well, below the video is an interview between myself and the firebrand prodigy known as Ned Dylan. Dude has a way with words and a rumble in his gut. We had so much fun during the interview that he’s gonna be a main fixture week in and week out. Boom! Now go on, press play on the playlist and KEEP. WATCHING.

Ned Dylan is a 14-year-old acoustic punk artist whose 2015 is looking to be his best year yet. With a track record for leaving lasting impressions on crowds at places such as The Secret Garden Party, Beautiful Days and even Glastonbury with his memorable high energy performances, he’s also received critical acclaim from the likes of Huey Morgan (Fun Loving Criminals), Virtual Festivals and Tom Robinson among others.

CLARK KENT: Hello readers/viewers! Welcome to the most public FB message thread, ever! May I present to you the incredible wide-eyed talent of Ned Dylan! How you doing Ned?

NED DYLAN: Good cheers! Thanks for having me.

CK: My pleasure dude. Right, let’s get stuck in? First of all, your music is great yet arguably – like another Dylan – it’s your lyrics which tend to make the biggest impression. How long have you been writing songs for?

ND: I have always had a fascination with lyrics – both other people’s and mine. I probably started writing properly around 3 or 4 years ago but it’s hard to put a date on it.

CK: How old were you when you penned Disco, and have you always had a good eye for current affairs i.e George Osborne, Instagram … Kim Kardashian?

ND: ‘Disco’ is a fairly new song so isn’t anywhere online. I wrote it last year in November, when I was 13. I’ve always been aware of current affairs and it was seeing Billy Bragg at Cambridge Folk Festival that made me want to be onstage. He has a brilliant social commentary in his lyrics much how Dylan has and more recently people like Kate Tempest has. I am more keen on writing lyrics with social commentary than heavy politics.

CK: Got a lot of love for Kate Tempest. Would you ever want to collaborate with her? Who would be your dream collaboration dude?

CK: Mate, if you have the good charm and skill to interview Patti Smith, then chances are you will get to work with Tempest. When you do, invite me down to quiz you both about your creative teamwork. 😉

ND: Of course I would! We are both playing Secret Garden Party and BoomTown this year so you never know.

CK: Excellent! Now, more about those lyrics of yours … do you ever worry about the shelf-life of a song such as Disco? KK’s ass breaking the internet is sure to date the tune, no?

ND: It will undoubtedly date the song but I don’t know if it matters. Think about the longevity of a song like ‘Vietnam’ by Country Joe and The Fish 🙂

CK: …answers like that make me happy to know people like Gordon Raphael who suggest I interview you. Are you aware of how rare it is to come across someone in your field of expertise who actually have something to say?

ND: I think there will always be music with things to say, even if that person’s music doesn’t become popular. However, you only have to look to a band like Enter Shikari to know that social and political commentary in music is still alive.

CK: Y’know, perhaps there are many people out there who are interesting interviewee’s – most definitely. One just needs to look in the right places and not rely on mainstream media. The old days are long gone I guess. Any particular paper or online service catch your attention? Or do you rely on word of mouth to discover new artists?.

ND: I find out about new bands through seeing them live at festivals, listening to radio (Tom Ravenscroft, Phil Taggart, Eddy Temple-Morris and Zane Lowe are personal favourites) and reading my NME. It becomes harder and harder to find new artists when (despite reading it) places like the NME are asking bands to jump through hoops or pay for coverage. If bands have to pay for coverage from places that are meant to support new talent then those voices you’re talking about who can’t afford it will never be found.

CK: Pay for coverage? Oh dear. Yikes! I have to say, it doesn’t feel like I’m talking to someone as young as you, but then, I don’t remember that last time I spoke to someone your age. And even if I did meet a fourteen year old kid who observed and wrote down lines such as: ‘Tina’s life is full of lies and sex, most of it unprotected She says – what can a poor girl do, latex is expensive …’ – I’d expect to find them in a Hip-Hop/Grime track. Do you feel like your genre of music needs more social commentary from people your age, or is that a generalisation?

ND: I don’t think of social commentary in my music as a conscious decision, it’s just what I do. You mention how you would expect to find lyrics like that in a grime track but grime is one of the most exciting genres out there right now – does it really matter whether that social commentary is in grime, hip hop, rap or rock. I love what people like Loyle Carner or Skepta are doing.

CK: My point it that Grime seems comfortable with talking about real issues and the gutter, whereas Rock and Roll arguably is no longer the province of those on benefits. Get me?

Your conscious or unconscious shtick really means something to me.

Your parents must be proud that you articulate yourself so well.

ND: It’s there in rock ‘n’ roll – it just hasn’t exploded yet. You mention how it is no longer the province of those on benefits however one of my favourite new acts right now Rat Boy released a song tackling benefits only a few months ago. https://www.youtube.com/watch?v=aBEELDNwa-4

CK: Perhaps there is tendency to confuse mainstream and underground trends. Rat Boy isn’t as well known as Nickleback, so in that regard, there is still some wiggle room for progressive artists to ‘explode’ as you put it. Man…I thought we could do this in three interviews, but I think you and I have a lot of banter in us, perhaps as a regular spot on this blog. And we haven’t even touched upon your own journalism, not to mention more of your music. So then, same time next week? Oh, and what lyrics would you prefer me to post alongside this interview? My fav song is Limbo, but I think Disco needs to read as well as heard.

ND: I’m up for a regular spot if you are!

ND: I think Disco would be a great one to tease 🙂 It’s not online yet but would be well worth mentioning that it has just been recorded with Gordon Raphael of The Strokes/Regina Spektor/Skin from Skunk Anansie fame!

CK: I shall indeed mention it mate. The words are great. Well, that’s it from me and Dylan this week people. Have a good week Dylan and guys … keep hunting out new music for me to playlist. Rat Boy for example. Later!

D is for dismal
I is for instagram
S is for the spoonfeeding of every baby and every man
C is for the crap things, we pretend not to know
O is for Osbourne, Osbourne’s smoke and mirror jokes

Devil went down to greet you…

Clark Kent a.k.a John Clay is a writer and oft reviewer of underground bands based in London and sometimes, further afield.  He plays guitar and sings backing vocals in Maxine and the Minions and also currently co-manages the punk rock band B Movie Thieves.  He’s probably listening to their new E.P ‘Deal With It’ right now. The rumour of his two hour sleeping regime doggedly persists him, although he has not attempted any clarification of said hearsay.

Recently, he has accepted the responsibility of managing Cold in Berlin, Mystified and Fur Cough.