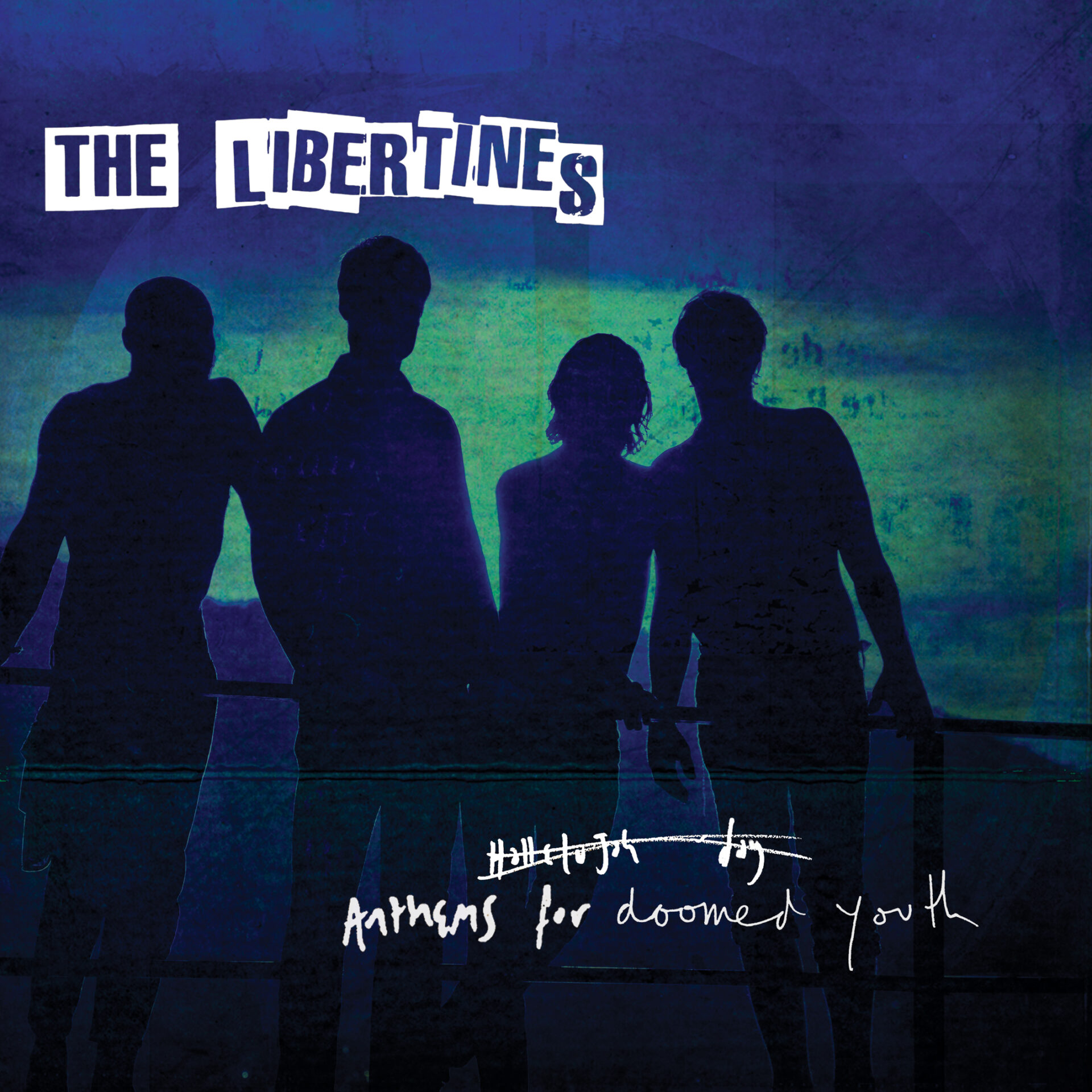 This reunion does mean something. Because The Libertines meant something. They were a band you could believe in. Their entire belief system was built on belief itself. Believing in something better. Just getting through things.

A lot has happened since The Libertines split up in 2004. Pete Doherty completed his addiction rehabilitation in Thailand. Amy Winehouse died. Carl Barât released dreadful solo records. A lot would have happened in your life too. Anthems for Doomed Youth is a tribute to those times and to pressing on; the past and the present. The future is irrelevant for now; Doherty has already mentioned the possibility of a fourth album, so for now we just need to relish in these times.

Anthems for Doomed Youth is a good album, sometimes a great album. But only just. No, it doesn’t surpass Up The Bracket or The Libertines, two albums that blew up a lumbering post-Radiohead British rock scene that was left nervous after New York vomited up The Strokes and Yeah Yeah Yeahs in quick succession. But it’s important to just recognise what it’s taken to get here. Every story about The Libertines contributed to their myths; the guerrilla gigs, their poetic ambition, and of course, the addictions and the relationships. Doherty and Barât are still here. All four members have children. You can forgive them for holding back on the ramshackle rock’n’roll of before.

But if you listen to their older records, for all their chaos and piss, everything was nuanced and deliberate. And that carries on. Anthems for Doomed Youth is a deliberate, brooding and often pretty album. ‘Gunga Din’ and the title track share ghostly choruses and haunting harmonies, the former a subtly angry barb at the cycle that addiction creates, the latter a sly tribute to revolution that eventually reveals itself as just a cynically empty declaration ‘in the pub that night, racking out the lines of shite’.

But that doesn’t mean Doherty and Barât haven’t given up; that’d be contradictory to the very nature of the record. ‘Gunga Din’ ends with Doherty yelling ‘what are you doing, you stupid fucking idiot’ over raging guitars, at odds with the mid-paced reggae-influence instrumentation of the rest of the song. ‘Heart Of The Matter’ chugs along amidst its sprightly guitar, ‘[getting] by, just this crooked little smile’, while ‘Belly Of The Beast’ bounces around among Doherty enunciating every factor of a depression-fuelled day, the song’s energy determined to kick him out of it.

Obviously, if Anthems for Doomed Youth is both a lament to the past and the present, the relationship of Doherty and Barât is documented, warts and all. Together they wanted to ‘gain a measure of immortality in the plastic bubble of popular culture’, and that’s telling with their doomed love for each other. ‘You’re My Waterloo’, emerging from its demo debut in 1999, is a gorgeous piano-based ballad, and has Doherty laying down his love for Barât for all to bare, submerging their relationship in the very mythos of the band itself, through career-based imagery. ‘Glasgow Coma Scale Blues’ is only one of a couple of guitar anthems here, and has Doherty and Barât playfully swapping insults at each other, while the title track has the lyric ‘Yes we thought they were brothers / then they half-murdered each other’. Pairing the two songs together, we get a portrait that’s just as telling as ‘Can’t Stand Me Now’ and ‘What Became Of The Likely Lads’ (off their 2004 self-titled album), and it shows that their relationship will always just be as cyclical as the addiction tales in ’Gunga Din’. It’s a doomed affair, and it’s always going to be a doomed affair. But that doesn’t mean it can’t be beautiful. It doesn’t mean we can’t believe.

And all that can apply to Anthems For Doomed Youth. A cloud of apprehension has been around anyone following The Libertines since they reunited, and deservedly so. It’s the same air that hung over Doherty’s time with Babyshambles, the 2010 Reading & Leeds shows, absolutely everything. We never know what’s going to happen with The Libertines next, and that’s what makes every moment as rewarding as it is. Again, Anthems For Doomed Youth just hits the mark. Several songs are just plain uninteresting, other times the album is meandering and awkward. But at least it’s here. At least it tries. At least a future exists.

Anthems for Doomed Youth is just a tribute to everyone who’s believed in The Libertines ever since they emerged from their Camden flat, and is a tribute to just pressing on. They could split up tomorrow, reunion cash in their pockets. But at least the good times happened. Their dreams of finding Arcadia might never happen, but at least the times in Albion were worth it.