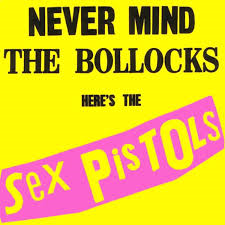 “The Sex Pistols would be vastly improved by sudden death, they are the antithesis of human kind. I would like to see someone dig a huge hole and bury the lot of them in it.”

At its height in the late seventies, public derision of the punk scene and it’s first in command, such as the above example, was commonplace amongst the self appointed moral gatekeepers of Great Britain. Punk had been slowly gestating behind closed doors, in backrooms and tiny venues across the U.K. since the early 70s, but it finally came to public attention in 1976 when an ill-timed (but completely intentional) f-word on teatime magazine show ‘Today’ with Bill Grundy resulted in a venomous media backlash. Punk had officially entered the public consciousness, and the media revelled in the opportunity to vilify, scapegoat and condemn the band that had bought it to their attention. Given the notoriety they enjoyed as a result of this, and their legendary status in rock history, its unsurprising that the Sex Pistols sole studio album, ‘Never Mind The Bollocks: Here’s The Sex Pistols’, is considered to be the era’s seminal work. It offers a perfect snapshot of 1977, or the ‘year dot’ as it was christened at the time.

It’s a well-established fact that the whole two-year ordeal that was the Pistols’ short-lived career; was meticulously planned by their manager, Malcolm McClaren. From the offset he was keen to sell them as ‘typical punks’- the sum of all stereotypes that existed about the fledgling scene, and, therefore, a window into it for the masses finding themselves increasingly perplexed by this strange new movement. McClaren had previously been managing sexually ambiguous, cross-dressing punk precursors The New York Dolls, in the US. When their career finally imploded in a hail of booze, heroin and lipstick, McClaren returned to the UK and used the lessons learnt with the Dolls to mould London garage dreamers, The Strand, into the perfect marketable commodity. His experiences in the States had apparently convinced him that shock tactics were the future, and his new pet band, which he quickly renamed the Sex Pistols, ensured that he would be at the heart of the huge paradigm shift that was about to occur in popular music. The album that the Sex Pistols eventually produced must surely have exceeded his greatest expectations in this respect, as it succeeded in forever committing his band’s obnoxious, if premeditated, behaviour to vinyl and encouraging others the world over to do the same.

So why was Never Mind The Bollocks met with such mass revulsion? When considered in the context of a modern world where the outer limits of taste and decency are constantly being tested, it quickly becomes apparent that time has eroded a great deal of the shock value that Never Mind The Bollocks would have enjoyed in the 70s, but it’s certainly not easy listening even today. Lyrically, the band take no prisoners, attacking our ‘beloved’ monarch in ‘God Save The Queen’, painting harrowing pictures of botched backstreet abortions with ‘Bodies’ and lambasting the record label that dropped them days after their initial signing, in ‘EMI’. And of course, the fact the record had an expletive (albeit a relatively minor one) in the form of ‘bollocks’ written on its sleeve further sets the confrontational and obnoxious tone. The Pistols’ label was dragged unsuccessfully through the courts on grounds of indecency for putting such unsavoury language on the album’s front cover. For fear of legal repercussions, and (most likely) in an attempt to maintain the moral high ground, many smaller stores refused to stock it. The subsequent distribution headaches this caused where further exasperated by the fact that some record label employees where even refusing to package the album.

There has arguably never been such public revulsion towards a record before or since, but the irony here is that the album’s rapid ascent to the top of the charts on release, largely on the back of the aforementioned negative publicity, opened the proverbial floodgates in terms of punk bands, previously considered a risky investment at best, being signed to major labels. The relative commercial success of Never Mind The Bollocks proved not only that protest music is vitally important as a channel to challenge cultural trends, but also that, in spite of the apparent contradiction inherit in the concept, it is something people of a certain (usually right wing) disposition are willing to pay for. Alternative music had proven itself to be commercially viable, and investing in it suddenly seemed like a far more attractive prospect than it had just a few short months before.

Most of the cornerstone acts of the punk scene all burnt out very quickly, especially after the Sex Pistols’ demise in America on tour in 1978, but Never Mind The Bollocks‘ effect on the global music scene certainly didn’t die with it’s authors and their contemporaries. The British punk scene was taken to heart on the west coast of America, and throughout the early eighties a steady stream of UK-inspired punk acts, some with bold new approaches, kept the smouldering embers of the scene burning despite the music press pronouncing its proverbial fifteen minutes officially over. The late eighties and early nineties yielded an explosion of alt-rock bands from America, with Nirvana, fronted by erstwhile neo-punk hero, Kurt Cobain, leading the charge straight into the hearts and minds of a brand new generation. Cobain (and others) name-dropping of the Pistols’ work lead to a large resurgence in interest, and a number of small Pistols reunion tours and one-off dates, the latest of which to mark Never Mind The Bollocks‘ 30th anniversary are just next month. John Lyndon himself is often dismissive of modern alternative music, and doesn’t reciprocate Cobain’s admiration of his band, but he’d be hard pushed to deny the influence the ‘Pistols clearly had on the late grunge superstar, his contemporaries and the acts of the noughties that in turn cite Cobain himself as an influence.

So, grunge superstars aside, what have other artists said about the record? Lead Tower of London, Donny Tourette, a man who seems to have been modelling his life on Lyndon, was quoted in Kerrang! saying that at the start of their career, Towers Of London had nothing but a sole a copy of Never Mind The Bollocks for entertainment on the tour bus. It’s clear to anyone who’s ever clapped eyes on them that their continued exposure to the album has clearly left a lasting impression – the Pistols look, sound and swagger is omnipresent in both their studio and on stage work. The Towers’ manager has also said, on the band’s notorious tour documentary show, that he believed they were the “only ones doing [punk] right at the moment”. It’s an interesting, if controversial sentiment. Noel Gallagher of Oasis also regards the band highly: “you could put together a ‘best of’ from The Clash‘s five albums and it wouldn’t be worth a wank next to Never Mind The Bollocks”. Pete Townsend was with The Who when punk exploded, and so is arguably from a different tradition to the Pistols, yet he still recognises the cultural importance of their work. He told Q magazine back in 1996; “You know, Never Mind The Bollocks is one of the greatest records of the twentieth century”. But morose ex-Smiths crooner, Morrissey put it best, telling an NME journalist; “I think they changed the world, and I’m very grateful for that.” He might just be right.

What do you think is the legacy of Never Mind the Bollocks?