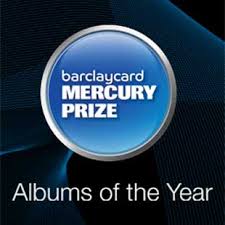 This coming Friday sees the unveiling of this year’s Barclaycard Mercury Prize shortlist, and the accompanying annual routine: namely, a nation of listeners finding something in the list to roll their eyes at. There’s always something that’s been overlooked, something that shouldn’t be there because it’s just not very good and often something that seems tokenistic; sometimes something of dubious qualification. The Mercury panel could be considered experts in trolling, having dished out the prize to long-forgotten footnotes, such as Gomez and Talvin Singh over acts with universal acclaim and popularity, like Radiohead and Massive Attack. Even if it’s taken that such previous winners have made strong albums (and sometimes, this is the real definition of playing the devil’s advocate), it can seem jarring in the context of contemporary music and its ever-evolving canon.

Of course, as fans we wouldn’t want it any other way.  One of the biggest pleasures in discovering new and exciting music is sharing it, and the Mercury debate is the perfect opportunity to get excited about the neglected and overlooked albums, especially in a year that’s been particularly strong.

So here are 12 albums, picked individually by God Is In The TV writers, that would form our hypothetical shortlist. They’re not necessarily the views of all our writers, and they’re not necessarily what we would expect to see included on Friday’s list; but they represent some of the best music we’ve heard in the same period as the panel can consider for inclusion.

All albums are from British acts in the period September 2014 – September 2015, and we have no idea if any have paid the controversial fee to be considered for nomination. We have eschewed established acts that don’t need the publicity or press because what’s the point otherwise?

Nothing Important is Dawson’s subversive reimagining of folk storytelling.  Even the format of Nothing Important is deliberately confrontational:  only four songs with two centrepiece tracks running at 16 minutes.  Musically, it carries the spirit of unbound experimental energy, mixing the sounds of traditional English folk, drone, psych or even music outside of the familiar perimeter of Western sonic scope.

Self Charmer– All The Queen’s Bovine (self-released via Bandcamp)

To say music is sound-tracky is an appallingly overused observation but in this case it’s true: moody, eccentric and playful it flies in the face of its musical surroundings. One to be listened to in a space suit whilst blowing smoke rings at Simone de Beauvoir and dreaming of a brighter future gone by. Coming atcha straight out of Ullapool, what’s not to love about that?

Marika Hackman‘s debut album proper arrived in the wake of a wonderful run of EPs and singles, and a mini-album, That Iron Taste. It is a spellbinding collection of twelve brand new songs,  showcasing Hackman’s unique talent for marrying her pretty tunes to dark, sometimes even gruesome, subject matter. Think Nick Drake arranging a Laura Marling album, but even better.

Gwenno crafts sophisticated suites of sound underpinned by pulsing Krautish rhythms. Her home-made synth lines light up like illuminations in the night sky and her floating, hypnotic vocals are dipped in a Welsh lilt that taps into prescient themes of technology, cultural and political hegemonies, and feminism. It’s a beguiling and otherworldly mix that might be compared to the likes of Saint Etienne, Can, and Chromatics. Yet, it’s utterly futuristic and unique in equal measure.  In short, it’s one of the best Welsh albums you will hear this year.

With the exception of the A5183, not much comes out of Potten End. Maribou State is an exception to this grim rule. Portraits is an assured post-dubstep chill-out album, as rich and warming as a vat of Dairy Milk. This is machine-tooled sophistication with sun-kissed summer beats that will keep you warm by the fireside throughout the winter months.

For Charli XCX’s third album, she left behind the 90s pop and R&B influences of True Romance and used bubblegum punk and new wave instead. Her nonchalant delivery sits perfectly with the uncompromising aesthetics of these songs. Sucker contains 13 songs that get to the point very quickly. Charli’s songwriting is so strong that I’ve had these songs floating around my head for the last 12 months.

The Wave Pictures have been one of the more prolific artists of the last 18 years but haven’t really been commercial enough to break through to the mainstream. This album ought to change all that. David Tattersall’s guitar playing is on fire and his lyrics wonderfully self-deprecating; and in choosing two Creedence Clearwater Revival covers as the album’s centrepiece, the band have made a brave effort to appeal to the masses while not alienating their established fans.

Laura Marling has been such a consistent talent over the years it’s easy to forget just how vital and moving her work remains. This record is, without any reasonable doubt, her finest to date and is perhaps her most upfront, confrontational set of songs yet. To those that would consider this a safe or conservative choice, I offer you this: get stuffed.

Dem Ones shows that in 2015 a stripped back and bare-boned jazz album can be the most exciting thing ever. In a world where effects and over-production rule supreme, it’s refreshing to hear two instruments playing together and creating, as Sun Ra used to say, “A joyful noise.” Golding puts it better himself “I’d say we started this ensemble for liberation. In my mind, it’s a mild rebellion against jazz which is over-composed with perhaps one or two too many instruments.” A special album.

Brought together by the Londoner’s soft Sade-esque vocals, True Romance is full of crisp and detailed dance-informed production balanced alongside grand, self-strength ballads. At times, it may seem Estelle is aiming to be the British Beyonce, but it’s a very British take on R&B themes. Lyrically humble and stoic on ‘Conqueror’, but showing earthly realism that’s both urban and sexual on ‘Make Her Say (Beat It Up)’, Estelle’s elegant personality enables her to overshadow the cutting-edge sonics.

The British composer, musician and producer, Andrew Skeet – a man who has previously collaborated with Divine Comedy, Sinéad O’Connor, George Michael, and the London Philharmonic Orchestra – released his first solo album proper back in July. With his piano, strings and the most delicate of electronica, Skeet created a profound atmosphere of haunting desolation and abject loneliness on Finding Time, whilst constantly reminding us of the indefatigability of his immense human spirit.

1 thought on “Barclaycard Mercury Music Prize 2015 – Who Should Win?”