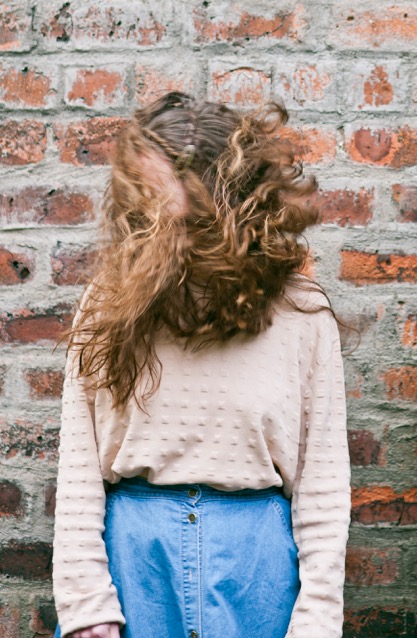 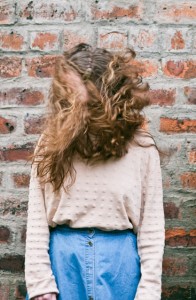 Glasgow based Kathryn Joseph won the SAY award this year, confirming her status as one of Scotland’s most unique emerging songwriters. Released in the early months of 2015, her sublime debut album Bones You Have Thrown Me and Blood I’ve Spilled consists of 10 tracks of emotionally raw, meticulously crafted songs replete with naturalistic, gothic and intensely personal imagery, musically comparable to P J Harvey‘s stripped back piano and vocal masterpiece White Chalk or grand melodrama of Antony and The Johnsons best works. Whilst Joseph’s vocal trembles in a captivating place between the haunting tone of Cat Power and the anguished quirk of Kristin Hersh, none of these comparisons are sufficient; Joseph is the possessor of a unique tone that cuts through each of these couplets. Take the ghostly hauntings of ‘The Bird’ that’s brittle circular piano motif, is painted by Joseph’s spellbinding expression of hurt through haunted pointed metaphors (“You bring me dead birds/And then you go”) before turning it into a cry of universal sufferage (“And it sounds like all of our lives”). While the startling ‘The Blood’ is breathtakingly powerful, her quivering vocals slithering down each punctured piano note, that rises and falls and is enveloped by a cinematic majesty. The tragic haunting majesty of her recent track ‘The Worm’ was a delightful follow up. If you are touched by Kathryn Joseph’s work this year you will fall under her spell. I sent her some questions and she kindly replied…

Hi, How are you today?
Hello, Bill.  I am very well thank you, how are you, please? And thank you for asking me.

What art/literature/music inspires you? And why?
My favourite writers are Cormac McCarthy and Jeanette Winterson. The way they use words makes me cry. That seems to be my measure of loving something the most. I also cried at a Rachel Whiteread exhibition because of a mattress. And now I turn all my books spine in. A lot of the visual art I love the most is made by people I know and love. Musicians that made and still make me want to do it are P J Harvey, Bonnie Prince Billy and Low. These humans playing live is my most favourite of all, and their records are the most beautiful.

When did you learn to sing/play piano?
I had piano lessons when I was 11 and hated it. Three years of dreading it, my teacher eating her dinner off the end of the piano because she was so bored by my inability. I first realised that when I have to do something I don’t want to, so it was much later that I started writing and playing again and became addicted.

You have recently been touring how was that? Do you get nervous performing live? And what do you prefer playing alone or with others?
We just finished a little tour, yes. I was dreading it the way I dread everything that is fun and then had very lovely time of beautiful humans and great gigs, and much laughing so I am very happy.  I think I’m almost recovered. I don’t get as nervous as I used to because I love making noise at the same time as Marcus. So now I’m looking forward to it instead of being afraid. I am still a little bit afraid but also doing it is my favourite.


Your debut album was absolutely wonderful, how long had those songs been in the works? How would you describe it to someone who has never heard it?
Thank you for being so kind about the record. Some of the songs were written 10 years ago, maybe more, so it’s lovely that people like them. And I would still describe it as ‘crow witch noise’, but also that Marcus has made it better.

How do your songs emerge or does it vary?
The songs start as piano shapes and then for quite a while the words are just noises.  After a lot of scoring out they start to make sense to me. But I do this very slowly and I have a very small attention span. But when something is making sense, it’s the best feeling of all, even though it makes me feel a bit sick when it’s constantly inside my head before it’s done.

Your voice is totally unique, how do you approach melodies? Did it take you a while to find your voice?
I always felt my melodies weren’t good, and I still don’t understand how to do them. Luck!

There are allusions to the fact that the album is a vivid portrait of incidents in your own life but is there any artistic license?
There are very few lies on the record. Even the lies weren’t lies when I wrote them; some of it even became true. But I do write in a small weird way so the truth of a lot of it only makes sense to me.

The imagery is poetic; I am put in mind of the likes of Sylvia Plath and Edgar Alan Poe with the imagery contained in songs like ‘The Bird’ ,’The Crow’ and ‘The Blood’, do you write the words first or do they come somewhere in the songwriting process? Do you find it easier to write about painful situations in metaphor?
I never thought of myself as writing something that other people would think made sense. The way I do it is so small and strange and very much for myself. Yes, I like to take something that has not been a good thing and then turn it into something that I hope is good, with words and noise.  It is comforting.  And to have any of mine remind you of such beautiful writers is far too kind of you.  Amazing, thank you.

There is a sense of movement in the recording between northern bothies, east coast beaches, the forth bridges and ultimately the east end of Glasgow; did that travelling impact on the cinematic feel of the compositions?
Yes, I have been very affected by all the beautiful and different places I’ve lived in or near. And maybe because the songs were written over a long time that it makes for some kind of feeling of movement or film. The running order of the songs makes sense to play it live as a whole thing, and I love that.

You recorded the album with Marcus Mackay at the diving bell lounge, was it important to you to capture the live/purity of the songs?
Very. I am so lucky to work with Marcus and to record it live. I am pretty much unable to sing the songs without playing them at same time. And he never made me feel that that was a problem. To get what he made and added to them, and then to get play live with him as well is amazing. He is the greatest and brilliant at everything he does.

You funded the album recording with a Kickstarter campaign, how did you find the process? And did it make producing the final product more rewarding?
The kickstarter was an amazing thing for me. Not just at how unbelievably generous everyone was, but that it meant I had to finish the record. People had pre-ordered it so it had to happen now, even if I was still a paranoid nightmare about it. Thank you again to all for it.

I note that initially there weren’t many full on face photos in your press material, did you want the music to speak for itself or do you find self imagery difficult to put out there sometimes?
Yes. My biggest problem at the beginning of all of this was not liking my face, and hating every photo taken of me. I’m much better at not caring about it now, but yes, the feeling that it shouldn’t matter what I look like was quite strong in the beginning. Playing live is the only time I don’t care, so it’s a weird circle.

What are your favourite songs right now?
I’m obsessed with ‘Evangeline’ by Admiral Fallow at the moment. It’s on repeat.

If you had to save five items from your house if it was on fire what would you save?!
I would have to leave my actual piano to burn. so I’d take my toy one. My daughter’s doll house and a painting that my partner did. Oh, and my coat, please.

You won the SAY award earlier this year, did it surprise you?!
Yes, winning the SAY award was the biggest most beautiful shock of my life. I still can’t really believe it; so amazing!

What musicians are you enjoying currently?
At the moment I’m in love with HQFU and Bossy Love, so much sexy live greatness and amazing.  They both are.

Some female artists talk about sexism in the music industry, what are your experiences? And do you find it comforting to play and perform with other female artists?
Other than having my age and status as a parent mentioned in a way that men don’t seem to have, no. I feel very lucky to not have had any kind of trickiness of the male or female variety. If anything, the best bit about getting to be part of this industry for me is how lovely all the humans working within it are.

You recently unveiled a unreleased song called ‘The Worm’ what was it about?
‘The Worm’ is all about a beautiful, fucked up and obsessive love; my usual.

What are your future plans?
I’m hoping we make another record and I hope even more to get to make noise in front of humans who like it. That is what makes me the happiest.

Bones You Have Thrown Me and Blood I’ve Spilled is available on CD and download via kathrynjoseph.bandcamp.com.