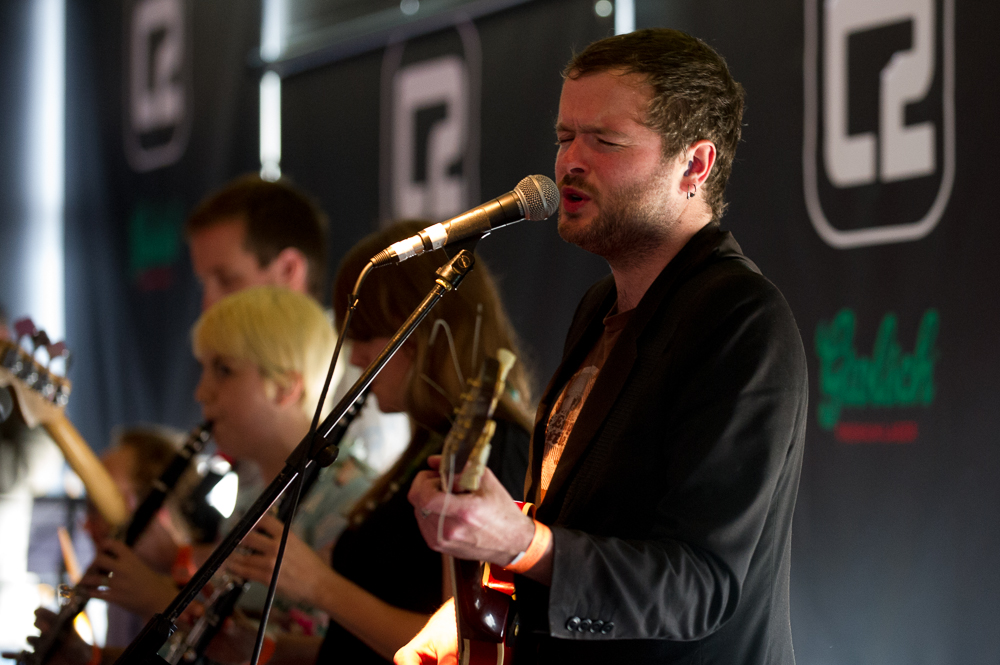 Brighton based band The Fiction Aisle, led by Thomas White of Brakes/Electric Soft Parade recently released their debut album Heart Map Rubric. To celebrate we have three exclusive live session tracks from the band, ‘Blue’, ‘Each & Every One’ and ‘The Colour of Morning’ watch them below.

The Colour of Morning

Here’s what the band say about the sessions:

“We were approached a while back by Tom Lavis at Lick to come in and record a session, and things being what they are, other stuff just kept getting in the way, we were finishing off the record, blah blah. Cut a long story short we finally got a date everyone was around (there being nine of us, that ain’t such a small ask) and we got in there and hashed it out in an afternoon. We had a blast doing it. I guess different bands thrive in very different environments. I’m a geek at heart – there’s nothing I love more than really homing in on the sonics and getting all that stuff bang on, and with the Lick session we were given ample time to get everyone comfortable and really focus on the music. In terms of the songs, we chose three that we felt sat together well – Blue opens the record, and has become something of a signature tune for us, at least at this point in time. It seems to do most of the things that we do across the rest of the record, but encapsulated in a four minute song. Each & Every One is another song that people seem to have latched onto. It was one of the first tracks I completed when I was initially conceiving of the group, and as such it feels like a real exploratory track for me, musically and lyrically. I can hear myself pulling in different directions, trying quite a few things that were very new to me at the time. Finally we chose The Colour Of Morning. That track for me really is the centrepiece of the album. It’s quite different to most of the other songs, extremely slow, with a verse that doesn’t really do much, then a chorus that explodes out of nowhere, then an outro that is possibly the most saturated, full-on passage on the album. As our guitar player Louis said, it somehow captures the band’s full range of dynamics within one song.”