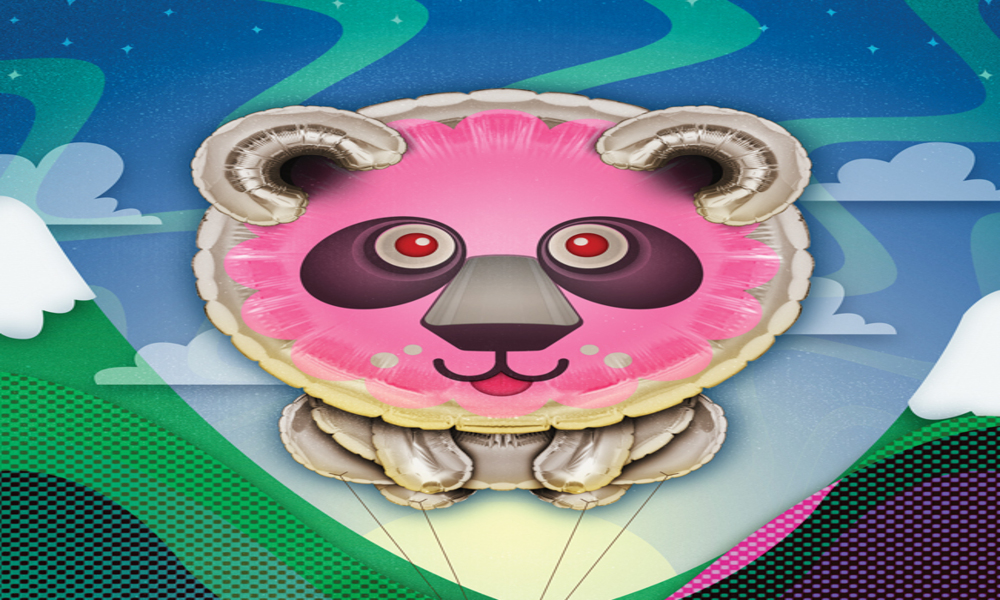 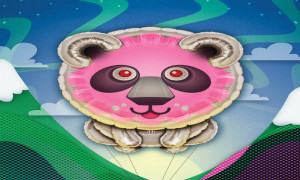 Taking its name from his 2007 solo album of the same name, Gruff Rhys‘ colourful performance piece expands his musical universe still further. It tells the story of a beautiful creature who ultimately becomes too absorbed in her own self-importance which has a damaging effect on certain friends of hers, one in particular.

The pivotal point is when Caruin (like the Welsh name Carwyn), as with all of the characters is an amalgam, in this case, half carnation, half penguin, refuses to put on the hat she insists he wears – which could be seen as representing the role she wishes him to adopt. Caruin feels he must reluctantly go on a mission of discovery. He walks through wind and rain and finally to a mountain which tells him only mountaineers, and those who are lost, seek the mountain’s advice. From here, he realises he has no other option but to return to the Pixel Valley, Candylion’s nation land, and see if he can be once again accepted.

The negative vibes seem to have affected even Gruff Rhys as he is unable to complete the end of the tale without encouragement from his drummer. Sorry is the crucial word in this story; once Gruff gets Candylion to utter this word, those who have also been consumed by Candylion’s beauty are released from their constraints.

The whole show is very nicely choreographed with plenty of visual appeal. Super Furry Animals fans who are more used to the stricter focus of just a band to watch have this as a permanent option, with the band and Gruff, plus guests including Steve of Sweet Baboo who takes to the stage midway through unceremoniously and placed centrally while the story is played out by various characters on stages around the room.

Spectators can become still further involved if they choose to participate in various prompted actions, such as greeting a stranger and passing on positive vibes, or following Gruff and Caruin as a car they’re in is transported around the room. Props are tasteful without being too over the top, with that kind of lo-fi type appeal we may have come to expect.

Without a doubt, this is a show billed for all the family, with elements that will appeal to all ages. Children will definitely fall in love with the colourful costumes of each of the characters, and some of the concepts of the story may also have an impact. Adults are also free to enjoy whichever aspects that appeal to them – allowing themselves to release their inner child may be one of these.