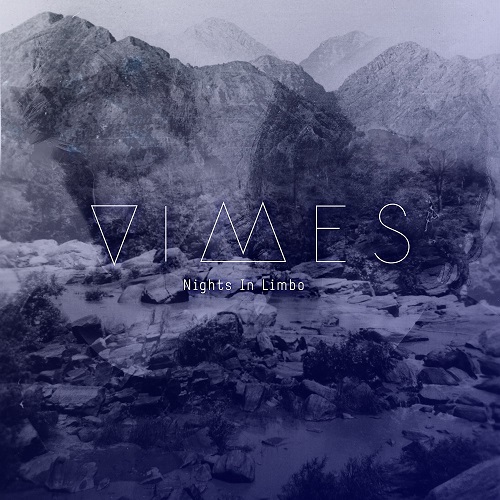 Cologne is, without a doubt, a beautiful city. Anywhere which can boast a Gothic cathedral is always going to get my vote, but the city’s place within the annals of modern musical heritage is less well defined. Nico and Can both hailed from Cologne, yet in the post-unification era, you would be hard pushed to find any other local resident who has positively contributed to the advancement of their chosen musical genre.

However, the cavalry is on the way. Vimes may be about to do for Cologne what Fields of the Nephilim did for Stevenage, only better. Vimes are Azhar Syed and Julian Stetter, a duo armed with a trunk-full of electronic wizardry and an ear for a delicate pop melody and have recently been spotlighted by iTunes Germany as ‘ones to watch’; high praise in a marketplace place packed full of amateur have-a-go laptop heroes. Nights In Limbo is their debut offering and has evidently been a somewhat tortuous process in the making as the duo have sought perfection whilst heading up more dead-ends than Rotherham town centre.

The album does confound and confuse at times, starting out with a couple of well-honed pop gems in ‘Harpooned‘ and ‘Mind‘ which would sit comfortably wafting across a balmy Balearic sunset with a vocal style oddly reminiscent of Cherry Ghost, although the sound is definitely more Berlin than Bolton. ‘Celestial‘ continues the pop theme and veers dangerously close to Bastille territory – musically not geographically.  By now it’s clear this is going to be a well-groomed, highly polished album of modern pop electronica released around five months too soon.

Suddenly, without warning, the pace drops and in ‘Rudal‘ the album is allowed to breathe and a wholly different angle to Vimes is revealed. Gone are the catchy pop hooks, only to be replaced by a darker, more menacing sound with asthmatic vocals which had me checking behind the curtains for hidden peril. The moody bassline brings to mind early Maps which is never a false step in my book. The yin and yang continues throughout the most of the album as the duo seemingly battle for overall supremacy to creative a cohesive sound and fall, inevitably, between two stools. At no point is it clear whether this a pop album or a darker, more introspective club techno fodder release. Quite frankly, I’m not sure it really matters.

Ten tracks in and I’m perfectly satisfied, yet Vimes insist on adding a further three numbers, two of which weigh in at well over seven minutes each. Whilst ‘House Of Deer‘ and ‘Kyra‘ are a wonderland of atmospherics, I have reservations as to whether the Nights In Limbo really needs to be this long.  Sometimes less is more and never has an album been more aptly titled; Vimes have clearly agonised over leaving anything out. This has the feel of musical OCD about it.

“With a mind like yours/You can do anything,” pronounce Vimes and I believe them; Nights In Limbo is a bold debut but I worry their lack of overall cohesion may cost them a dedicated fanbase. I hope not, for the sake of Cologne.