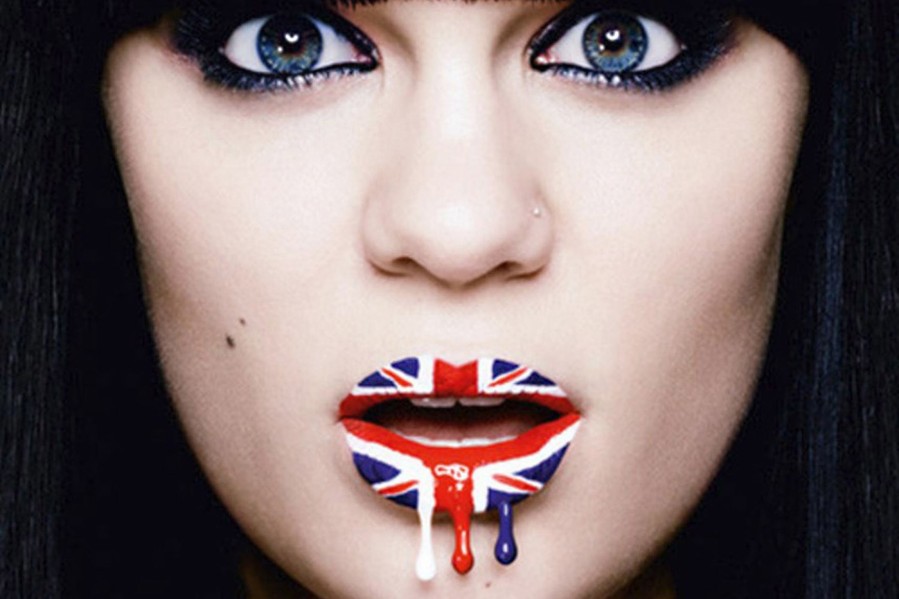 Recently, Jessie J revealed herself to be the diva I’d always assumed she was whilst revealing just how bloody peeved she is that she isn’t considered a singer with the vocal prowess of a Goddess in the UK, but pointed out that in America she is “kind of celebrated as one of the greatest singers.”

What troubled me more that she was most worried about her lack of invitation to perform at the BRIT Awards.  Why should that matter?  The fact that she uses her American awards appearances of proof that she is more respected in the States proves how much those bits of plastic must mean to her, or maybe its just the attention she misses?

So many of the people I have grown up listening to have never won an award in their lives and couldn’t care less because they believe what they’re doing and have a small but dedicated audience to make that music for.  They are making a living doing what they love and count themselves lucky to be in such an enviable position.

To take an example of someone whose records I have been digging out over the last week or so; Southside Johnny & The Asbury Jukes.
Back in the 1970’s, The Asbury Jukes were considered one of the greatest live bands in the world, and they were respected by peers, their heroes, and their audiences. Their debut album featured duets with Lee Dorsey and Ronnie Spector on songs written by Bruce Springsteen. In the early 1990’s, Jon Bon Jovi temporarily joined the band as a rhythm guitar player. My personal feelings about Bon Jovi aside, he was at the height of his success at the time and had no reason to join the band outside of respect. This trend has continued to a point; Tom Waits doesn’t record duets with just anyone. Despite all this they had no hits, no albums denting the Top 40 and no awards.

And yet – Southside Johnny has never complained about the Jukes’ position. On the contrary, when asked about the lack of commercial and critical recognition by Jet Martin in 2002, he said with an ambivalent shrug “I don’t have to play anything I don’t want to play,” meaning there isn’t a handful of songs that are bound to his setlist every night because they were big hits and the only songs people want to hear. He can go up there and pretty much do what he wants, safe in the knowledge that his audience are willing to go with him. He has total freedom.

Maybe it is a generational thing. Even in the 1970’s, very few expected to do ‘music’ as a career. Sadly as time goes on, it seems that more people put stock in winning worthless pieces of plastic. Why? Do they need validation beyond their own audience, or just feel like they deserve awards just for finishing the record? As hard as you think you worked on it, there are 10,000 other artists who feel the same way about their record.

Aside from the fact that you shouldn’t give a flying frig what some overbearing board of industry weasels thinks about what you do, awards are meaningless because events like the BRITs are not about rewarding quality, which is subjective anyway and, therefore, impossible. They are not even about rewarding sales.

The real reason for an industry awards ceremony is networking and promotion, and everyone from the industry big wigs, to the media covering the event is a part of that – just look at how they shamelessly jostle for position in the press room. It’s all about schmoozing, getting ahead and boosting the sales of those nominated and performing. Every time Ant and/or Dec trailed Madonna’s performance (and eventual tumble) at last year’s BRITs, they hyped it with and identical phrase each time, the likely contractually obligated; “Madonna’s first BRITs performance in 20 years”. It was all hype to force some excitement in the room and, by extension, her lacklustre new album.

The judging panel is made up of industry professionals, all of whom have their own horses in the race. If you win, the chances are it wasn’t a democratic decision so much as a professional-political manoeuvre. Lily Allen went on one of her rants on the subject last month;

Who would crave such meaningless validation? The pride of a hollow win wears off quickly, and it hasn’t done you much good without an audience that gives a shit.  If you want further proof of the utter meaningless of the shallow awards ceremony, look no further than the Grammy’s Best New Artist category. I beg you! Just see how many winners you remember. I’ll recite some for you; Marc Cohn (who?), A Taste of Honey (what?), Milli Vanilli (them?), Fun. (ugh!), Debby Boone (*shudder*) and the absolutely bloody dire Starland Vocal Band (“Starland Vocal Band? They suck!” – Homer Simpson). What did winning awards do for their careers?

So, given that it isn’t even about the art and it does nothing for you in the long-run, why do some of today’s popsters care so much? I don’t know; I’m not a doctor. Neither is legendary British DJ/director/musician Don Letts, but he is considerably smarter than I am. He told The Guardian recently; “These days, people get into music to be part of the establishment. The most fuck-you guy around is Justin Bieber. What does that mean? There’s no counter culture – only over-the-counter culture.”

Many of Da Kidz want the awards, success and adulation. They want to be invited to Buckingham Palace and Downing Street. They want to be a judge on a lousy ITV karaoke fest. I question how many of them really want to be artists. Perhaps this is linked to the debate about the working class being frozen out of the arts. Whilst there is still great stuff being produced, the mainstream music industry is now overrun with the Coldplays and Mumford and Sons of the world. Being very much a part of the establishment, of course, they are going to want to win awards that the establishment are dishing out. With arts funding disappearing rapidly and the ones that survive costing a bomb and the costs of being in a DIY band outweighing the incomings, how are working class kids supposed to learn their craft? They’re not. That is why, unlike previous times of hardship, there hasn’t been a great working class band with no interest in becoming part of the establishment coming out of the woodwork to articulate how we are all feeling. Well, bollocks to that. But that’s another topic for another time…

Awards are ultimately meaningless because they are a consequence of that, and they only concern the chosen few, and frankly wanting to be a part of that should bar you for life from ever attempting to write a song.

The death of Motorhead’s Lemmy seemed more significant than just the death of a rock star. It was also the death of an idea. He always answered questions about how it felt to win awards with responses like; “This don’t fill no concert halls. This is just periphery…  I don’t care.”  Who out there today would say that?

Lemmy concentrated on his own audience – as opposed to the general army of idiots – through thick and thin and became a legend that actually represented something profound. That is the real reason people like Lemmy gain more respect than people like Jessie J, and no amount of honours can dictate that. If you’re in it for awards and acclaim, you’re in it for the wrong reason.

At the end of the day; who in the audience honestly counts how many awards you’ve won? You can’t connect with an industry luvvie.