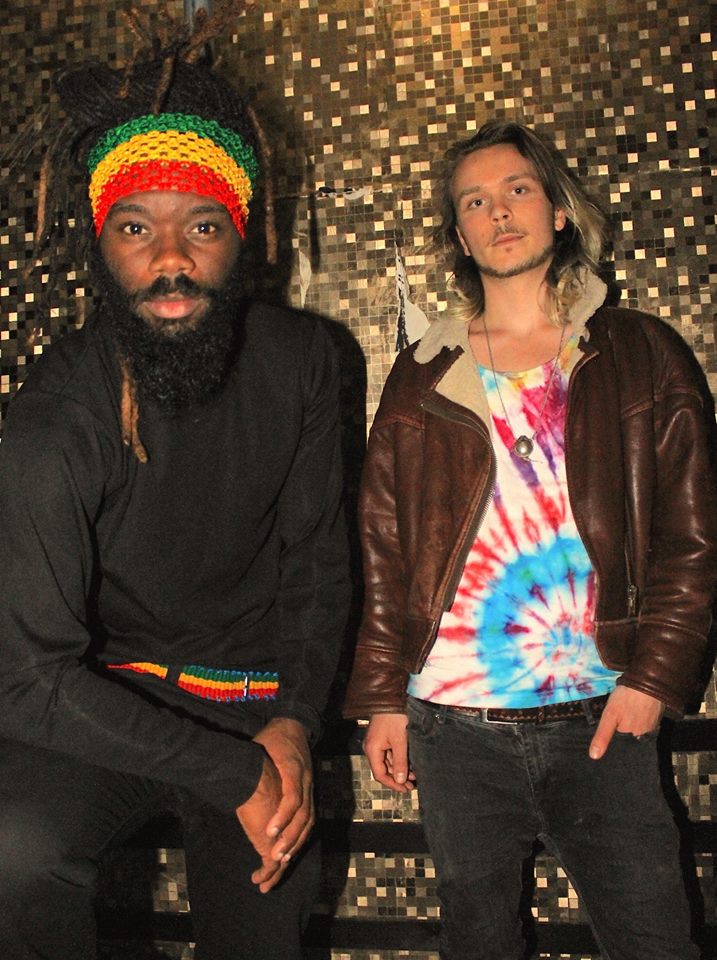 The Purple Lights have a strange effect on people.  Witness the duo live and you’ll see what we mean.  They can turn an atmosphere of studied cool – so often the default setting of London gigs anyway – and in a few songs turn it into glorious, glorious carnage.   A swaying mass of drunken bodies, beers flying everywhere and voices rendered hoarse with bellowed encouragement.

It makes sense then that the pair often sing about freeing yourself from convention and normal expectations. ,  ‘Don’t Change’, the lead track from their debut Sowing Seeds EP last year, is a passionate plea not to let life grind you down and mould you to normality.

Look at the band themselves and unconventional is the word that springs to mind.  The band’s two members, one from Suffolk and the other London, look as though they’ve been picked at random rather than design.  Their drummer Akeba Fridye beats out heavy reggae rhythms from beneath a twirling mass of dreadlocks, adding crystal clear vocal harmonies.  Guitarist and singer Rob Fincham, meanwhile, looks like the kind of rock god who might end up in Guns ‘N’ Roses or those other Suffolk rock exports The Darkness.

But the music they make together has way more imagination than any of their reference points.  There are times when it could be Alice Cooper‘s ‘Schools Out’ if only it weren’t so funky.  At others you could be listening to the gonzoid virtuosity of Frank Zappa, only it’s been boiled down and made a hundred times more succinct and hard-hitting.

The band have kindly given us a sneak preview of a new track that show off their development.  ‘Give Me Your Love’, is catchy but quirky, with the remaining two – still kept a secret from the general public for now – shows why they’ve been dubbed everything from ‘the funky Iron Maiden‘ to ‘the reggae TRex‘.

In the end, though, the best advice is to stop trying to locate it on the musical spectrum and just lose yourself within its eccentric but ultimately very catchy grooves.  Tune in, drop out and turn on The Purple Lights.