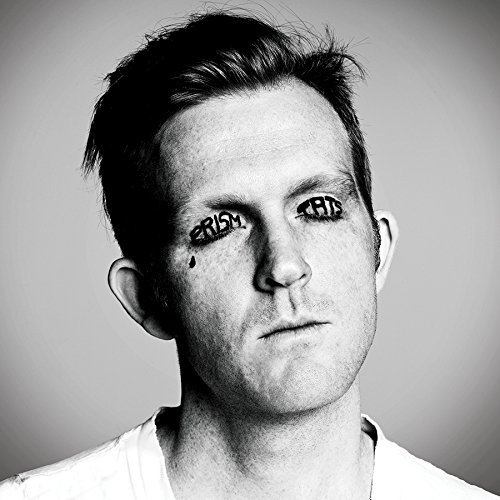 Garett van dear Spek has been performing for several years now, in bands in his native Durban, South Africa and for the last few years, in Seattle. His new solo project is called Prism Tats and this self-titled debut album sees van der Spek releasing material that he has honed in his one-man shows, accompanied generally by his guitar and a vintage drum machine.

‘Pacifist Masochist’ kicks the album off and is a pretty accurate snapshot of the album as a whole, revealing van der Spek to have a vocal like a glammed-up Gaz Coombes, or even the (unfairly) maligned Gay Dad‘s Cliff Jones. It is a spiky tune that is underpinned by a theremin-like bendy keyboard backing.

The songs on Prism Tats were originally self-produced (they were then polished by Ty Segall producer Chris Woodhouse, but they do retain a certain low-fi charm. The formula never works better than on the effervescent ‘Never Been Shy’, an up-tempo track with more reverbed vocals and guitars that wouldn’t sound out of place on a Raveonettes  album.

‘Death Or Fame’ sees van der Spek reaching for a higher, falsetto  register and features the arresting lyric ‘Death or Fame / Whichever comes first / I don’t mind / As long as it hurts’. The words contrast nicely with the pretty commercial music beneath; it is one of the record’s high points.

‘Side One’, if you are buying the vinyl, takes an interesting side-step into the 5-minute, almost-instrumental ‘Make The Most Of The Weekend’, which initially seems quite slight, but on repeated listens shows itself as a really effective wind-break in the album; the guitars again heavy in reverb and a nagging hook. You could almost imagine it being one of those occasional instrumental B-sides by The Smiths.

‘Weird Guilt’ again recalls Gaz Coombes / Supergrass, and chugs along like something from their Life On Other Planets album, while ‘Midnight Mountain’ is an altogether more reflective track with another fine hook and some lovely harmonies on the chorus which states ‘How could I / Ever be able to let go / Of my history’. Van der Spek has said that the album is about the experiences that he has had since he moved to America, and the total departure from his old life. The lyrics are often poignant and quite moving with this theme running through the record.

‘Know It All’ is a fitting closer to proceedings – the lack of drums allows the guitars to shine through and the low key vocal delivery suits the song well.

Prism Tats is an album that deserves to be heard – the simple, uncluttered arrangements work because the songs are strong, even if it does sometimes sound like (admittedly good quality) demo recordings.