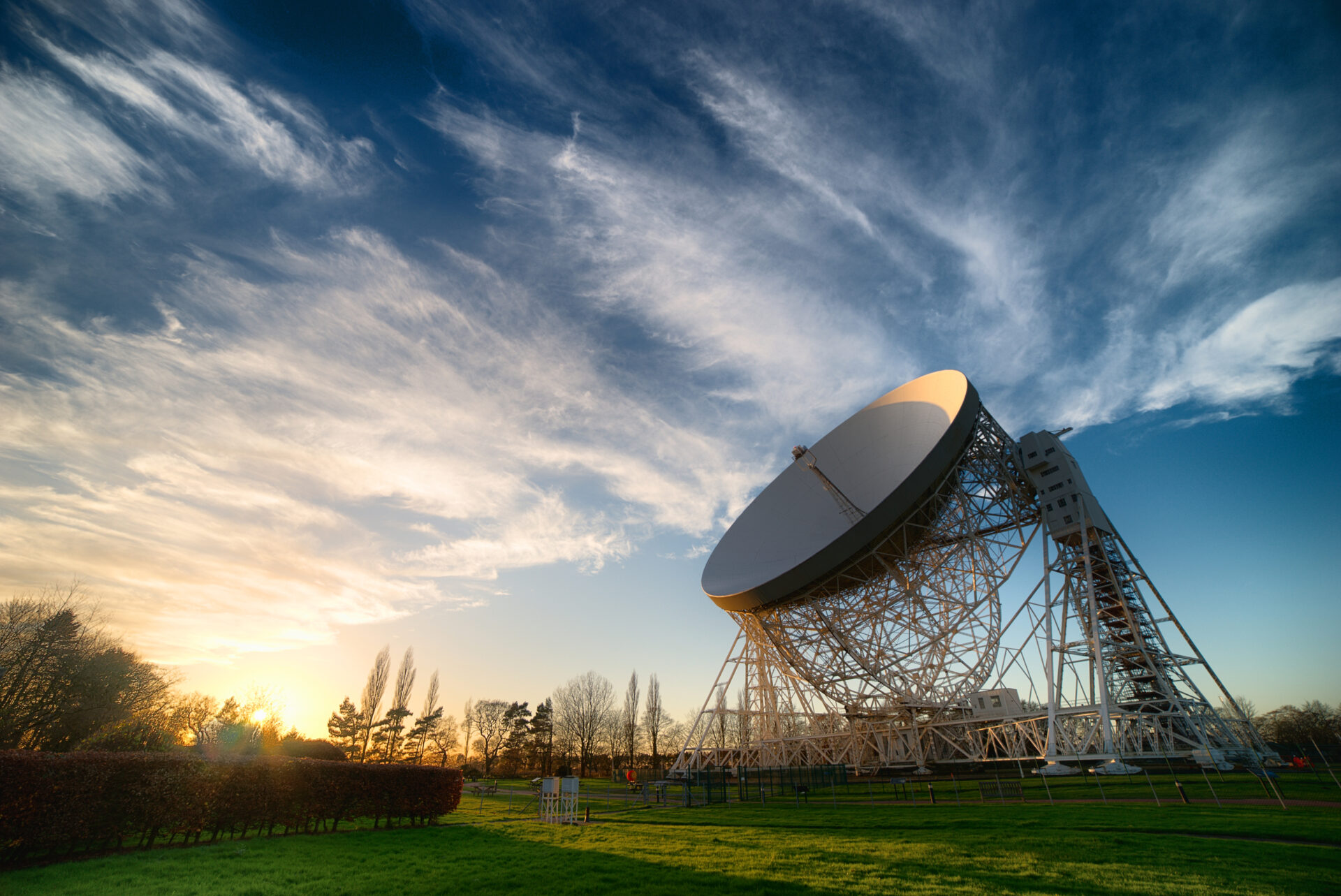 To get you in the mood for this year’s summer festival season, we’re giving you a chance to win a pair of tickets to one of our favourite new events, Bluedot Festival in Cheshire.

Located on the site of Jodrell Bank Observatory, Bluedot invites its guests to be part of an event that brings together arts and science, offering live music, installations, talks and live experiments. If you need more convincing that Bluedot is a big festival winner this summer, below are some of our selections from their stellar musical line up.

Given the nature of its programme and its setting, The Big Moon is a pretty good name for a band playing at Bluedot. After a couple of singles and support slots with Ezra Furman, the band have signed to Fiction and unleashed a new irresistable power-pop gem ‘Cupid’ that sounds like Best Coast crossed with The Bangles. Is this the sound of their much-anticipated debut album? (Andy Page)

DJ Yoda and festivals go together like strawberries and cream, or drum and bass. In the past he’s teamed up with the Trans-Siberian Marching Band to re-create classic hip-hop while his trademark audio-visual mash up’s played in the background. Now he’s turned his attention to sci-fi films. Expect to hear your favourite sci-fi themes, as you’ve never heard them before! (Nick Roseblade)

The question you have to ask yourself is why wouldn’t you go and watch Steve Mason at Bluedot? Seriously? Since he emerged on the scene in the late 90’s with the Beta Band, Mason has never shied away from writing forward thinking pop music. This has continued on his latest, and career best, album Meet the Humans. Who knows he might even play a Beta Band track, if he’s in a good mood! (Nick Roseblade)

Two years ago Dan Snaith, the mastermind behind Caribou, created a bona fide crossover hit in the form of his fourth album Our Love, a collection of expansive, accessible electropop tunes that have formed the backbone of Snaith’s performances ever since. The distinctive layering of house beats and a greater leaning towards R&B and hip hop, as well as more personal lyrics, meant that Caribou’s shows have become intimate raves built on a strong sense of community. (Eugenie Johnson)

There are probably few other artists who can combine hard-hitting social commentary and ethereal dreampop as well as Gwenno. Her retro-leaning, reverb-laden debut album Y Dydd Olaf is a hypnotic take on agitpop inspired by Owain Owain’s dystopian science fiction that takes on the patriarchy (‘Patriarchaeth’) and calls for political revolution (‘Chwyldro’). It also happens to be a shimmering pop masterpiece with intensely catchy hooks and intriguing electronic flourishes. (Eugenie Johnson)

Stealing Sheep make brilliant pop music smeared with psychadelic colour and laced with folky sensibilities. Their second album Not Real was an understated exercise in pushing the boundaries of what modern pop music should sound like. Their numerous experiments and collaborations also mean that trying to guess their new direction is a near impossible task. Quite simply, they’re one of the most interesting and underrated bands in the country right now. (Andy Vine)

There’s a real depth to 65daysofstatic, to the extent that the band defy genre classifications. Their sound shifts from album to album and they’re not afraid to keep pushing new boundaries. Their most recent sonic venture was creating a mixture of soundscapes and self-generative music to forthcoming video game No Man’s Sky. The accompanying record will include a disc of new tunes and a disc of “unique instances of music [generated] from a central library of sounds”. Whatever the outcome, it will be unmissable! (Andy Vine)

Hard to believe that British Sea Power have been with us for well over a decade. To say they’ve now reached the gilded status of national treasures would be wrong: not because they lack the gravitas of cultural importance but because after all these years they’re still moving forward, still able to inspire almost religious devotion. Currently touring their brand new material, the band are as daft, clever, poetic and chaotically joyful as they’ve ever been. If we’re luckily, they might even sneak in a new song or two into their Bluedot set. (Anastasia Connor)

Both their name and their music are beautiful and evocative. And they are no strangers to orchestral amplification. Couple of years back Lanterns on the Lake played at Durham Cathedral with a big brass band and now they’re joining the galaxy of bluedot to perform with Royal Northern Sinfonia. Expect a stirring, luscious and brooding show.