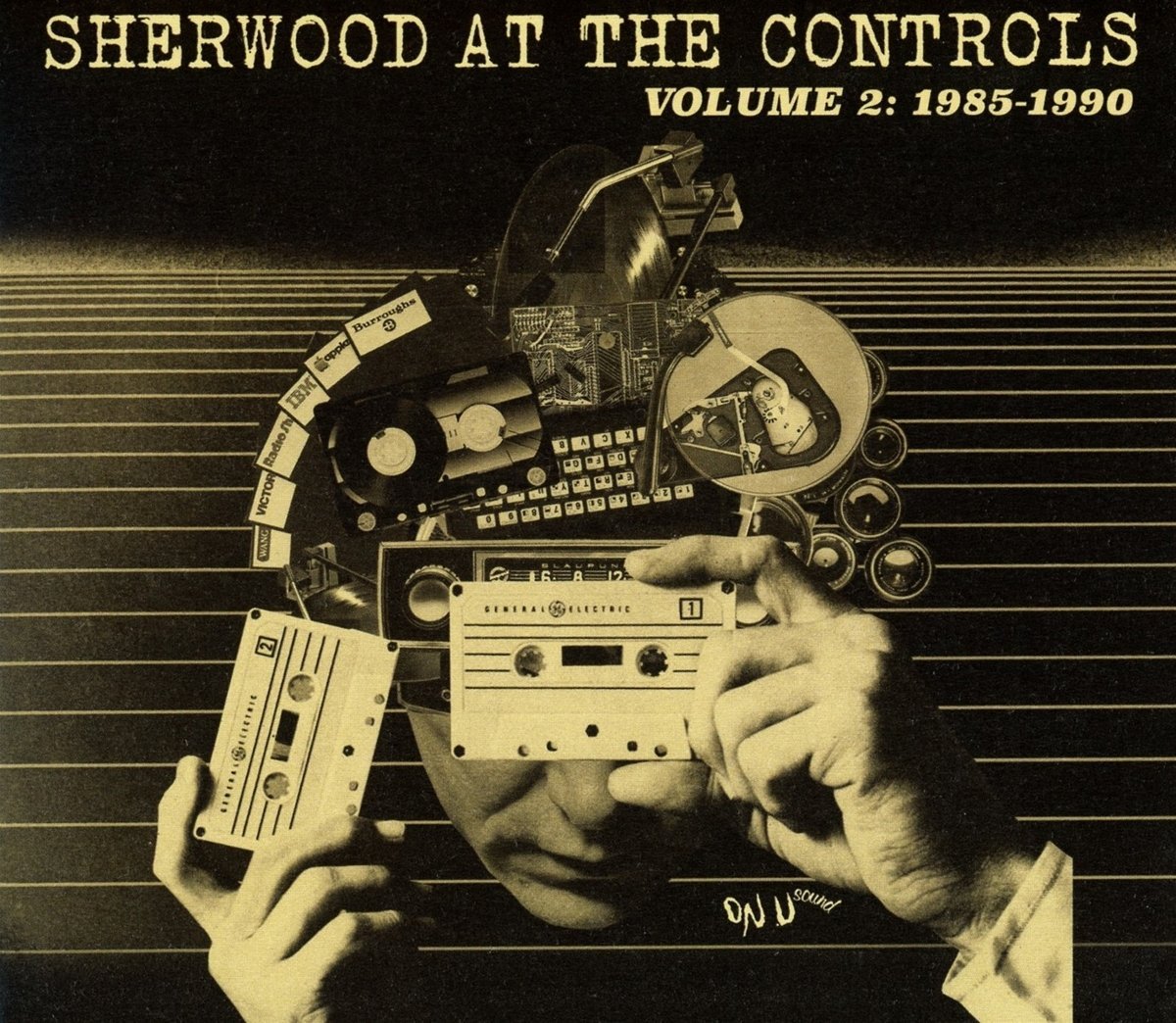 Adrian Sherwood seems to have done everything. He’s been at the helm of cult record labels like On-U Sound, remixed major stars like Primal Scream and Sinead O’Connor, and recorded an album with underground dubstep icon Pinch. In his forty years active in the music industry, Sherwood’s built a career around integrating the production techniques of dub into other music: his hallmarks are less related to melody and tone, instead bringing a sense of sound design hinging on abstract noises and sounds. Sherwood At The Controls Volume 2: 1985-1990 captures the producer at a creative peak, his sophisticated understanding of groove and space perfectly suited to music trends of the late 80’s.

Perhaps the best way to understand Sherwood’s style is to look at the names featured on this compilation. Starting with a production credit for Mark Stewart of punk soundclash band The Pop Group, ending on a selection of reggae-based collaborations with names including Lee ‘Scratch’ Perry, and pausing for a minimal industrial funk cover of Prince’s ‘Girls And Boys’ from Pankow, At The Controls Volume 2 covers a lot of stylistic ground. But it never feels disjointed or inconsistent: there’s a guiding hand that shapes these songs into their weird shapes. Sherwood’s palette of sounds is harsh and tough: meaty bass, mechanical drum sounds and primitive buzzing synths. It borders clinical, but there’s enough flex in the grooves and swing in the beats to prevent it ever feeling austere or robotic.

Of course, it’s the dub elements that really animate this material – Sherwood’s fearlessness with the effects mixer is unparalleled, using delay, decay and reverb to expand his productions into cavernous labyrinths of sound. Listen to the way that Tackhead’s ‘Mind At The End Of The Tether’ springs into 3D as its thundering drums crash and reverberate into blank space, or the way the sound of white noise blasts across Rinf’s ‘Big Bondage (Kinky Sex Remix)’, steam rising from its gated snares and hissing cymbals. This is production as an art form, its physical presence both edifying in its scope and inviting in its sonic wanderlust.

It’s a slightly front-loaded listen: the first twelve tracks feel like a melting pot of early hip-hop, industrial rock, post-punk tensions and noise experimentation, but when the last quarter hews rigidly to the genre conventions of dub reggae it feels less thrilling in its lack of adventure. But even on a track as surface-level simple as Blim Sherman’s ‘Haunting Ground Dub’, Sherwood isn’t afraid to dissolve every element into tinny hi-hats, before stumbling over pitch-shifted snare rolls as it roars back into life.

For all it feels singularly designed and weirdly executed, At The Controls Volume 2 is essentially a compilation of club music, its bloodline funk and slippery textures irresistible in places. There’s parts of this compilation where it feels almost like Sherwood is bending time to suit his will, or creating room where there shouldn’t even be space. His skills seem impressive in contemporary music and astonishing in their canonical context, and it’s a testament to his vision that dub music at its limits still feels like a world of unexplored potential.