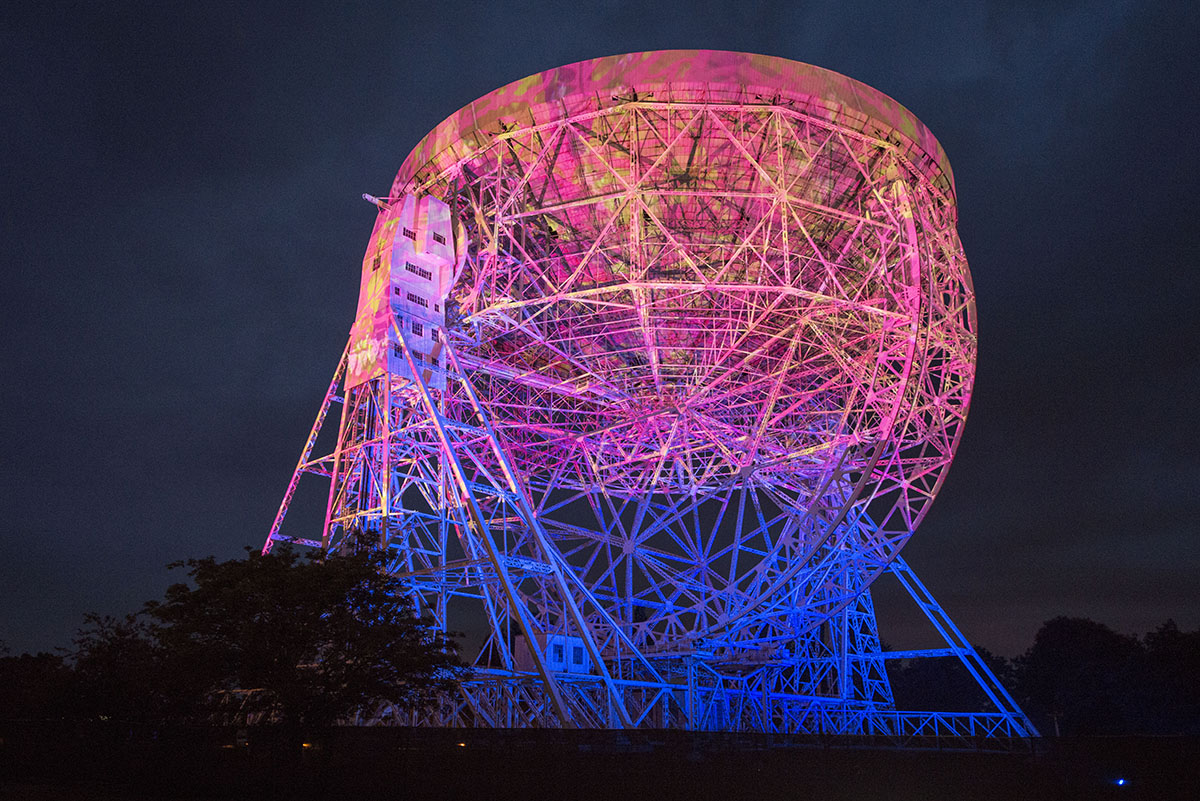 “Observe. Explore. Experience.” read the tagline of this year’s inaugural Bluedot festival which took place at Jodrell Bank, Cheshire between 22nd – 24th July 2016.  Centred around themes of scientific discovery and space, it presented a stellar (excuse the pun!) mix of workshops, talks, films and music.  From Brian Eno‘s artwork projected onto the giant Lovell Telescope to the UK festival exclusive show by Jean Michel Jarre, from observing the night sky to exploring in the colourful labyrinth of the Katena Luminarium and witnessing the galactic post rock grandeur of 65daysofstatic, it was an experience like no other.