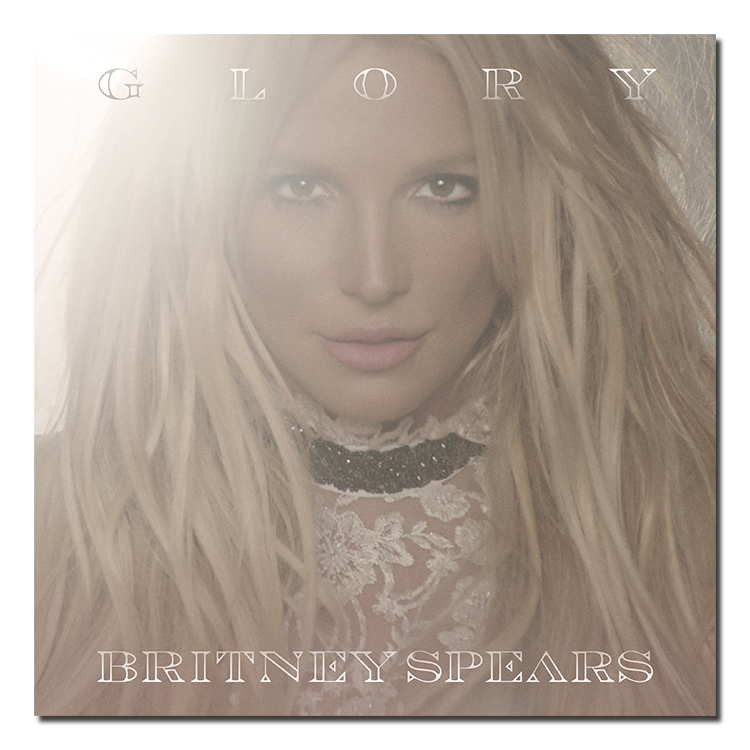 Britney Spears’ commercial stock is arguably lower than it’s ever been for the release of her ninth album, Glory. Her vapid 2013 album, Britney Jean, contained hollow songwriting and phoned in performances from Spears. It was a deserved commercial failure, but also one that came as a surprise. Despite the quality of her material and the perceived state of her personal life, Spears has always delivered hit singles and successful albums. In interviews leading up to Glory, Spears appears content and comfortable within herself. The lack of pressure to maintain her global popstar image has seemingly done her a favour as Glory finds her cutting loose and it comes close to topping her dark masterpiece, Blackout.

Glory eases in with the soothing, ‘Invitation’, which gives you an indication that Spears is repositioning herself as an albums artist. In the verse, Spears channels Lana Del Rey and in the chorus, invites the listener to, “come feel my energy”. There’s a feeling of ethereal bliss to this introduction – as if we’re getting Spears’ version of Madonna’s Ray of Light.

The lead single is the slick R&B inspired ‘Make Me’, and it perfectly epitomizes the album. Its minimal verse glides along, recalling Jessie Ware’s ‘Desire’ — before the sensual harmonies provide a euphoric chorus. The striking, ‘Just Like Me’ has similar chilled atmospherics with a carefree chorus, backed by glistening ice cold synths. Spears has cited In the Zone’s dreamy ‘Breathe on Me’ as her favourite song, which is an apparent influence on the calmer songs on Glory.

The beautiful bubblegum ballad, ‘Man On the Moon’ is Glory’s highlight. It’s sonically rich, with flourishes of delicate guitars, xylophones and warm cooing vocals. Spears heartbreakingly sings, “I can’t compete with the stars in the sky, I’m invisible” with a hint of sadness caught in her voice. Gorgeous cinematic strings appear before the middle eight. They perfectly complement the melancholic narrative, whilst endearingly revealing she’s still a hopeless romantic.

Glory’s biggest success is Spears’ quirky personality all over it, lyrically and vocally. In 2011 Spears released the very fine, Femme Fatale. As strong as it was, it didn’t have the variety or emotional range that Glory does. Spears often sounded detached, whereas on Glory she sells these songs with her unique voice. She sounds cool and sultry on the soulful ‘Just Luv Me’ and the gentle funk of the brilliant, ‘Slumber Party’. She’s positively joyous on the 90s pop inspired, ‘Hard to Forget Ya’. On the bizarre doo wop of ‘Private Show’ and the hyperactive, ‘What You Needed’ she revels in being delightfully manic. It’s infectious how much fun she’s having.

Just like Carly Rae Jepsen’s Emotion, there are essential bonus tracks on the deluxe edition. ‘Better’ emulates Major Lazer’s ‘Lean On’ and could be as successful. ‘If I’m Dancing’ has trippy synths and a playful chorus that recalls the Femme Fatale highlight, ‘How I Roll’. On the country-tinged ‘Liar’, Spears has a fire that was recently heard on Beyonce’s Lemonade when she sings, “I ain’t fucking with your dirty laundry”. Spears’ renewed sense of confidence on these songs sounds natural and refreshing.

Glory has many strengths. Spears sounds engaged throughout, and has even referred to these songs as her babies The album has an organic feel, despite the detailed crystalline production. It’s a left-field record where the songs take many twists and turns, and yet the songs are full of addictive pop hooks. Spears hasn’t played it safe and most impressively, there’s isn’t a weak song here. Glory is 2016’s most unexpected musical triumph.