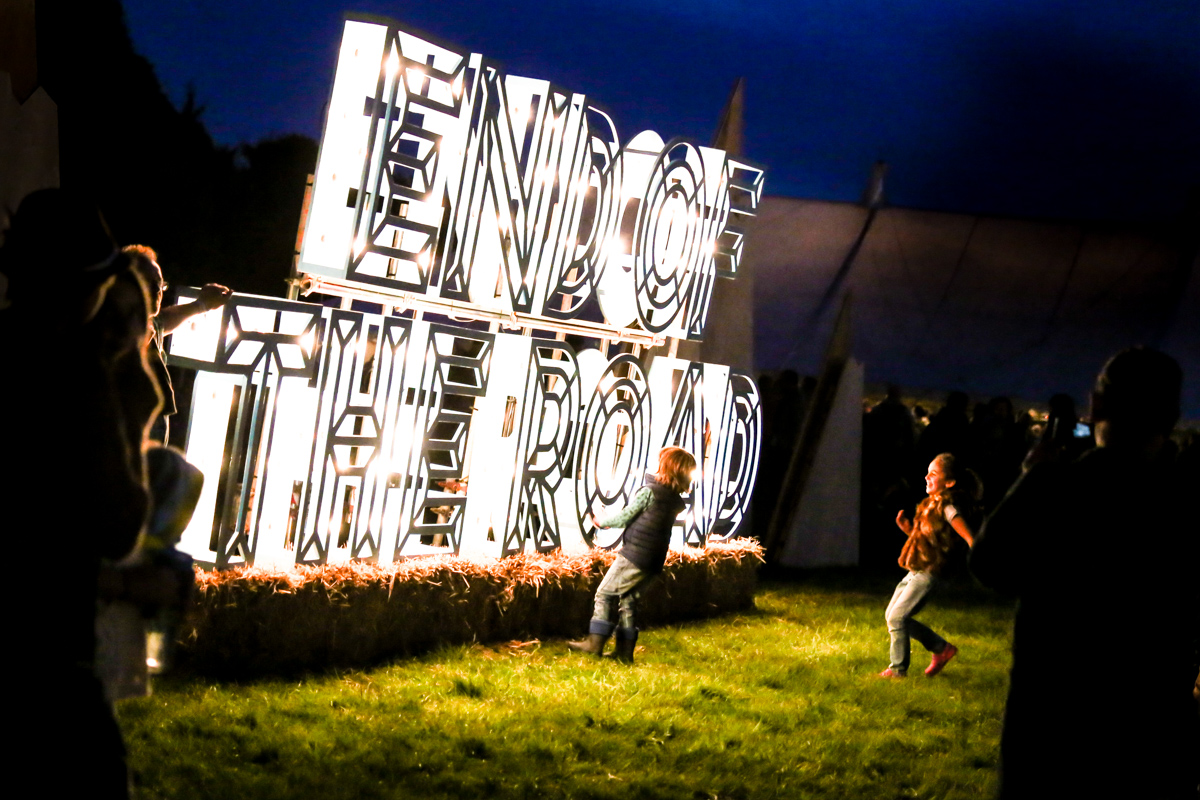 You can see for miles and miles from the top of the hill at the centre of End of the Road. The wondrous sense of freedom is what hits you the minute you set foot on the grounds of Larmer Tree Gardens. It’s hard to resist the tangible feeling of anticipation that runs through the crowd. The weather may be looking precarious but everyone is smiling. It’s Thursday night and Teleman open The Woods stage soundtracking our first night in Dorset with beautiful renditions of ‘Düsseldorf’ and ‘Glory Hallelujah’. Then come The Shins, whose first UK performance in three years predictably attracts a huge crowd charmed by the sweet melancholy sound that captures the mood perfectly. But more lies ahead and we make a late diversion to the distant Tipi tent that rewards us with a fierce show from YAK, who fully live up to their reputation for energetic, eyeballs-out stage theatrics. Mosh pits and crowd surfing on the first night – result!

“We’re the fucking jukebox,” shouts Ezra Furman a few minutes later, inviting audience requests for his secret set. Bang – this is how you set the party spirit free! From Clash to Madonna and The Beatles it’s an explosive selection of genres and styles from one of today’s most charismatic and intense performers. The man clearly has a lot of secrets, so the following day he returns with another secret show at the tiny and exquisitely decorated Piano stage in the woods. “I’ve got so many bad ideas”, he muses with a caustic note in his voice; and then promptly launches into stripped down solo renditions of what he describes as “soul-crushingly depressing songs”. Everyone leaves startled and elated. 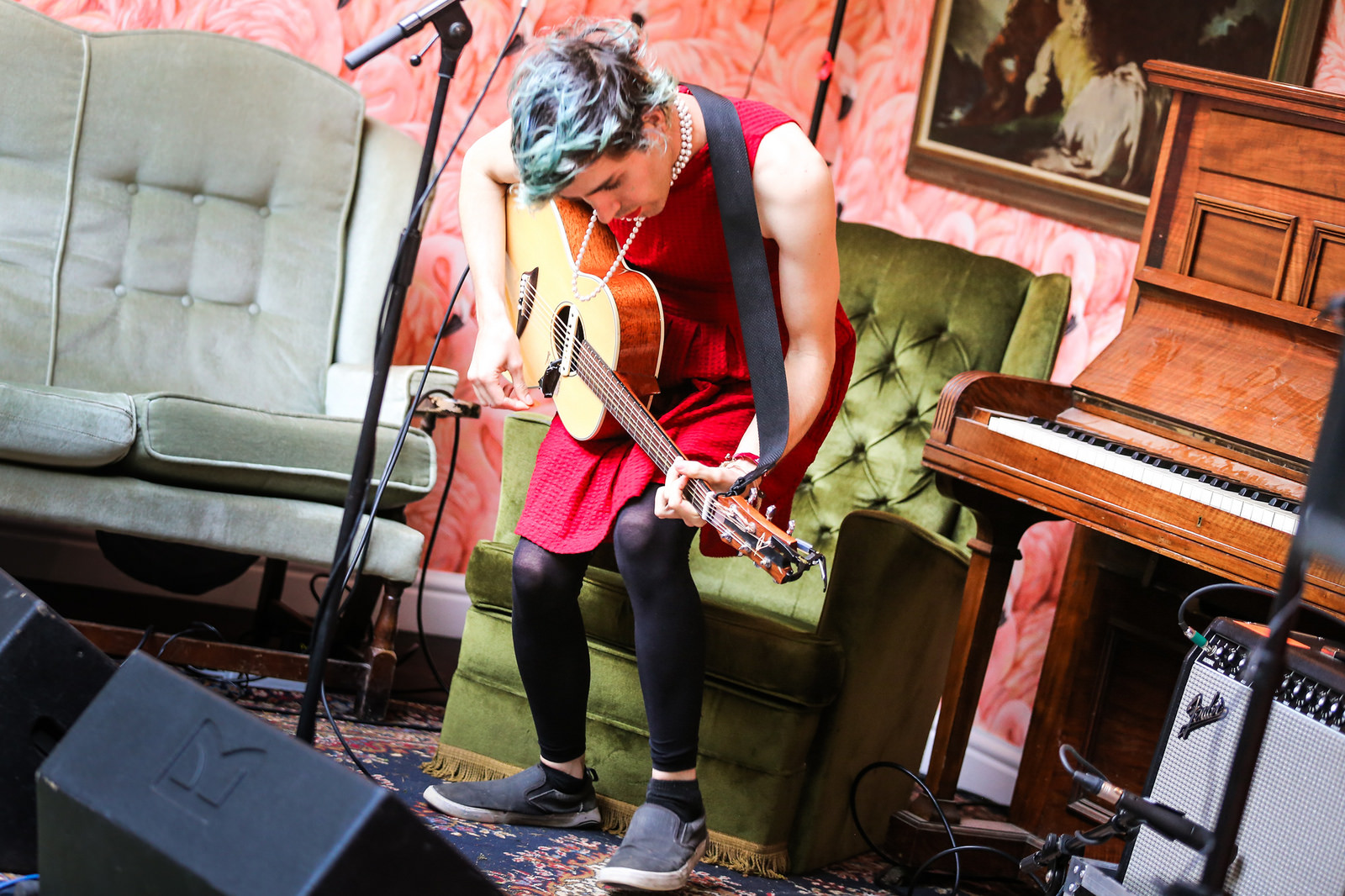 For an extra helping of flamboyant brilliance and subtle subversion we head off to see EOTR alumnus Meilyr Jones. Heavy rain descends just as he delivers the first swaggering Motown punch of ‘How to recognise a work of art’. Never mind the downpour. Everyone is transfixed by this softly-spoken Welsh musical shaman. “I’ve heard it’s the most popular ladies’ name in the UK. Incredible.” Pause. “Probably in England”, adds Jones with a faux coy demeanour and dives straight into the pastoral psychedelia of ‘Olivia’ that within seconds bursts into a rowdy brassy fury. “Fucking beautiful!” shouts someone in the crowd as Meilyr and his band prepare to leave the stage. Spot on dude! Fucking beautiful!

The focus on female talent is arguably one of the most notable elements of End of The Road’s identity. It’s not a new thing but something that lies at the heart of its ethos and has been reflected in the line-ups for a good few years now. This year’s headliners Bat for Lashes and Joanna Newsom have not just elevated the line up from the grim homogeny of many UK bills but reinforced the festival’s progressive commitment. But it’s not all about the headliners. What counts today is the undercard. Jenny Hvals’ startlingly intelligent theatricality, the invigorating Canadian indie folk of the festival debutant Basia Bulat, Eleanor Friedberger’s retro vignettes from New York and Serafina Steer’s latest experimental pop venture Bas Jan introduce both sonic and geographic diversity to an already smart and elegant mix. And it is a female artist, Anna Meredith, who delivers the ultimate End of The Road 2016 performance. Her full band orchestra show is nothing short of revolutionary. Like a sudden awakening, its vast brassy scope accelerates into a different dimension of sound revealing a majestic display of contemporary music that breaks through established genre barriers. 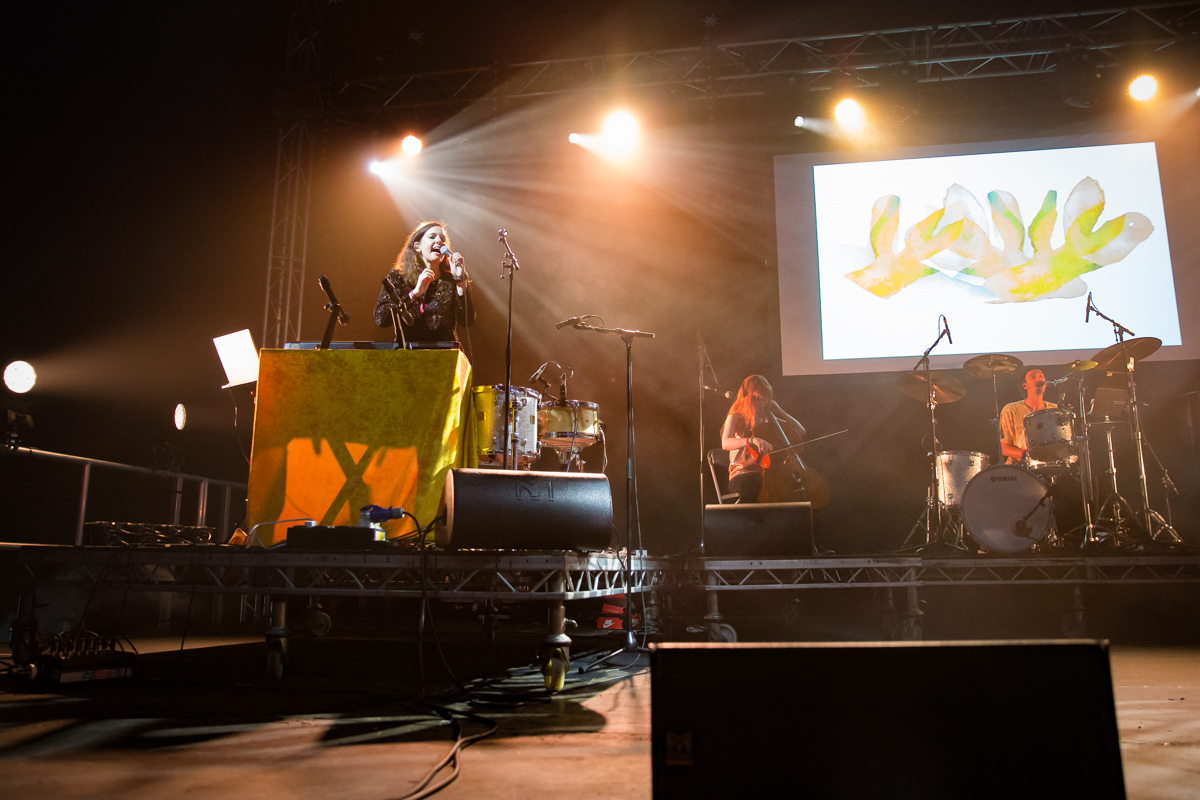 More surprising is a discernible psychedelic hue of the line up that features both new and familiar names (FEWS, GOAT, Flamingods), reflecting a broad spectrum of this thriving scene. Younghusband’s melodic psychedelia in the darkened Big Top tent proves a big hit with a psych-minded Friday morning congregation. The mesmerisingly beautiful Bat For Lashes Bride performance understandably draws the biggest crowd on Saturday night, but it’s FEWS – blasting through the far outreaches of the Tipi tent – that blow our minds and ears off. The following night, presided over by the psychedelic nomads Flamingods, the very same location becomes a climax of the most joyful and surreal carnival. “This is our last song. It’s about coming together!” scream the band as a wassailing mob led by glittery Rhain (adorned with flowers and tropical fruit) and Shopping’s very own Andrew Milk take over the stage in a jamboree of cacophonous technicolor euphoria. What a way to end a festival!

Despite the unusually soggy weather, by the end of our four days at Larmer Tree Gardens we are starting to get a sense of why for many people End of the Road is the highlight of their festival calendar. The fact that next year’s Early Bird tickets were gone within hours of going on sale is a testimony to the loyalty and trust of the growing pool of committed EOTRers. With smaller capacity than other established festivals, this little gem punches above its weight, resisting industry trends whilst delivering consistently brilliant line-ups. Like many of the best festivals it’s grown organically – out of hard work and love of music – rather than being thrust into existence by an established promoter with a big budget. It has an equally unblemished reputation amongst artists and volunteers alike. It’s organisation is faultless and there isn’t even a hint of the commercial expediency so obvious at many larger festivals. 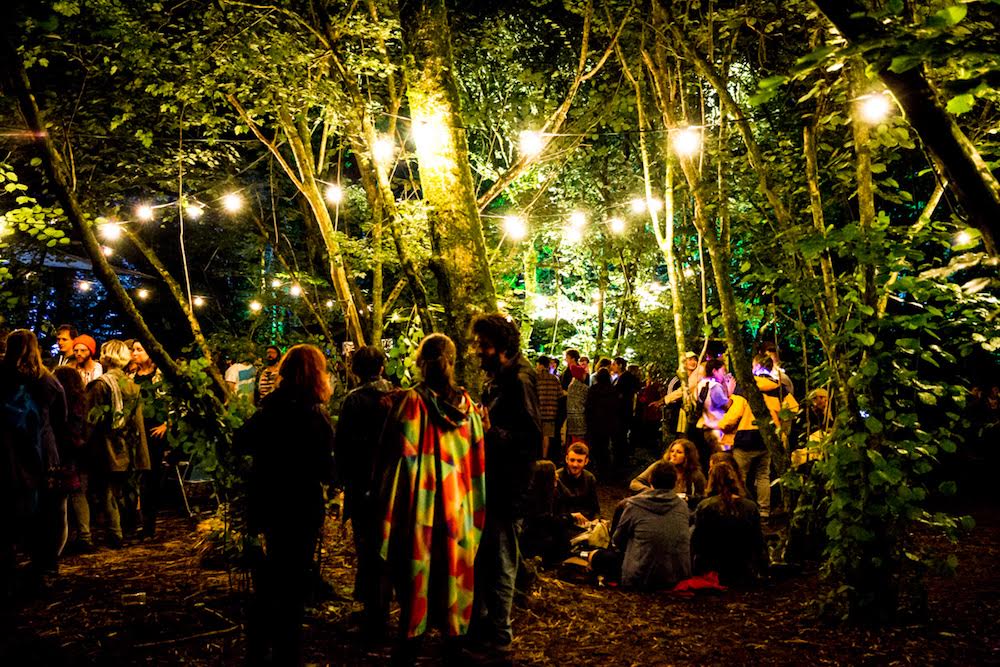 It may not present the most musically diverse or daring of line-ups but it fully understands its remit. Yes, it is very middle class and at times painfully polite but this can also be seen as a virtue. Although some food and drink prices are a little excessive, there is plenty of variety. More importantly, and unlike most festivals EOTR allows punters to bring drinks into the arena, yet there is no sign of any serious alcohol casualties and the mood generally swings between mellow and excitable. There’s a very long list of excellent things to be said about End of the Road. The secret sets alone are worth the price of the ticket. In short, there’s every reason to treat yourself to a Dorset adventure in 2017.

For more photographs from End of the Road 2016 visit GIITTV’s gallery HERE.