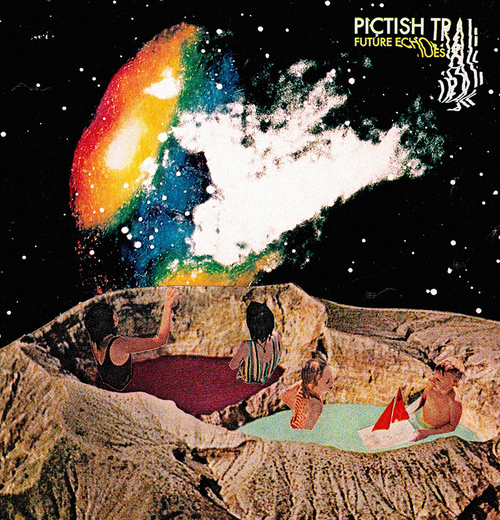 Future Echoes, the third album proper from the artist known to his Mum as Johnny Lynch, is undoubtedly his best yet.

The album opens with the beautiful single ‘Far Gone (Don’t Leave)’, which features a gorgeous baroque string section which is then joined by the beats. It’s so perfectly executed as to then set the bar high for the rest of the album. There’s no other tracks with a baroque feel but the album is beautifully arranged.

More so than his previous records, it hangs together much more coherently. Additionally, the fact that this album is much more polished in production and delivery definitely adds to the overall effect (haterz gonna hate, an’ all that, but in case this needs spelling out, this is not a lo-fi sounding record – and it sounds like he is firing on all cylinders, artistically speaking). Lynch has spoken in interviews about how the previous albums were more like compilations recorded over time, in comparison to this album.

Given life events over the past few years, this record could have turned out a very different beast. It’s been discussed online and in print about the implosion of the Fence label, and difficulties in his relationship with Kenny Anderson AKA King Creosote. It’s on repeated plays that certain things start to strike you – ‘Half life’ is a tale of a friendship gone sour, that begins with one friend complaining they don’t like the person the other has become, and going on to say ‘hope I never see you again.’ The resolution at the end of the song seems to be in making a clean break, rather than leaving things unresolved.

Clocking in at forty-five minutes – pretty much the perfect album length, over the course of ten songs we get a diverse but well constructed record. ‘Easy with Either’ and ‘Dead Connection’ are upbeat tracks, contrasting with ‘Rhombus” dreamy electronica. Final track ‘After Life’ seems to stop suddenly but it’s an upbeat finish, that seems to point towards an optimistic future and a new beginning.