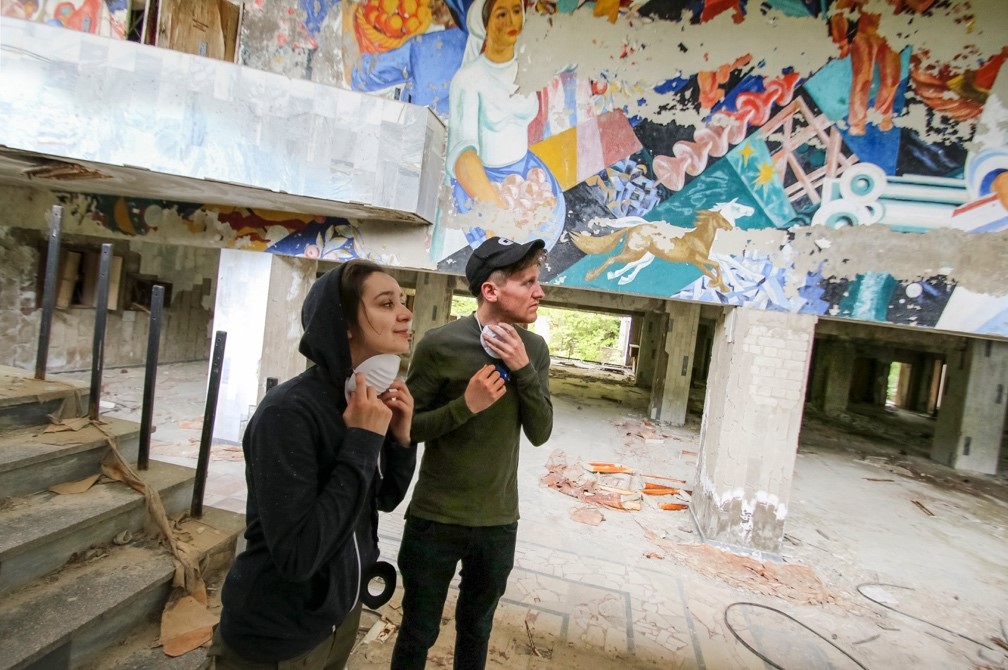 Filmmaker Clara Casian has directed a new 40-minute film, Birdsong: Stories from Pripyat, which explores the effects of the Chernobyl disaster 30 years on through storytelling, montage and archival footage.  Robin Richards, chief composer in baroque-pop band Dutch Uncles, has worked closely with Casian to create an evocative live soundtrack for Birdsong.  The film and soundtrack are being performed live at three events in the coming weeks, and in the lead up to the events, Richards has shared a small segment of his work.

Called ‘Liquidators,’ the segment focuses on the people tasked with cleaning up the disaster area.  Richards explains: “This section of music is inspired by the liquidators working on the Chernobyl nuclear plant after the disaster.  The liquidators were civil and military personnel called upon by the Soviet Union in to clean, burn and bury contaminated areas and materials around the power plant.”

He continued: “The first part of this section is based on archival footage of the liquidators cleaning and digging in 1986, with the rhythmic jostling of the strings representing the movement of the workers, and the deep synthesisers representing the overriding radiation […] The second part is inspired by the testimonies of four liquidators we interviewed in Borispol during our trip to Ukraine in May this year; their memories of the clean up and the years that followed the disaster.”  Listen below.

Birdsong: Stories from Pripyat is being screened and performed at three dates in the coming weeks.  Details below.