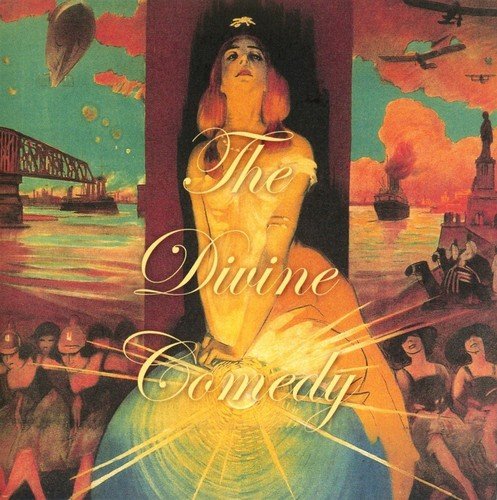 There can be little doubt as to Neil Hannon’s credentials when he continues to release albums of the quality of Foreverland, the project’s 11th long-playing release.  A vastly underrated songwriter known for his comical overtones perhaps but also an incredibly talented orchestral arranger, who along with ABC‘s Lexicon Of Love (or, Lexicon Of Love 2 if you prefer), offers a wry sense of humour and is often coupled with some gorgeous backing.

Hannon will always be remembered for classics like ‘National Express’ and ‘Something For The Weekend’, and the nerds amongst us will also remember that he wrote the theme tune to Father Ted as well as recording a couple of albums about cricket as The Duckworth Lewis Method, but Foreverland once more proves that he is far from a one-trick pony.  On his first album for six years, he continues to give songs of brilliant beauty with several chuckles along the way.

Album opener, ‘Napoleon Complex‘ whilst not entirely a new track (it originally appeared in a less effective version as a bonus track on Bang Goes The Knighthood) is a reminder of the prowess of Hannon as a songwriter.  With lines that always bring a smile like the opener “Who pulls the strings/Who makes the Deals?/Stands five foot three in Cuban heels,” the clear direction is never without doubt, but Hannon is much more than a writer with a comedic twist.

Capable of some rather lovely stuff too as with the title track, which includes a male voice choir, a heartfelt love song of wanting and regret it is maybe worthy of greater adulation on a bigger stage.  Sadly the bigger stage of the recent Bowie At The Proms was a bit of a damp squib; it held such great promise and Neil’s versions of ‘Station To Station‘ and ‘This Is Not America‘ became two of very few show savers.

Recent single ‘Catherine The Great‘ is nothing short of classic Divine Comedy – perfectly constructed, historical accuracy, humour, catchy wordplay, choir, and brass interlude all wrapped up in a fabulous orchestral pop arrangement.  A duet with partner Cathy Davey on ‘Funny Peculiar‘ is one of several songs featuring Neil’s real-life love interest and has echoes of ‘Something Stupid‘ as it bounces along with little more than piano and acoustic guitar as backing.

Starting with the sounds of a donkey, ‘How Can You Leave Me On My Own‘ is once more superbly written with some terrific rhyming couplets as well as a rock guitar making the occasional appearance.  The Divine Comedy may not be to everyone’s taste but the undoubted originality and uniqueness of the act cannot be denied.  ‘My Happy Place‘ is again a lovely piece of classical pop before ‘A Desperate Man‘ once more shows the bonkers side of Hannon.  Effects that sounds like honking horns in the style of Cuban dance and lines like “I made a daring escape in the guise of a nun,”’ doing more to confirm the fact. Foreverland is 12 tracks of one of today’s finest and most underrated songwriters, and possibly one of The Divine Comedy’s best albums.

Foreverland is out now on Divine Comedy Records.