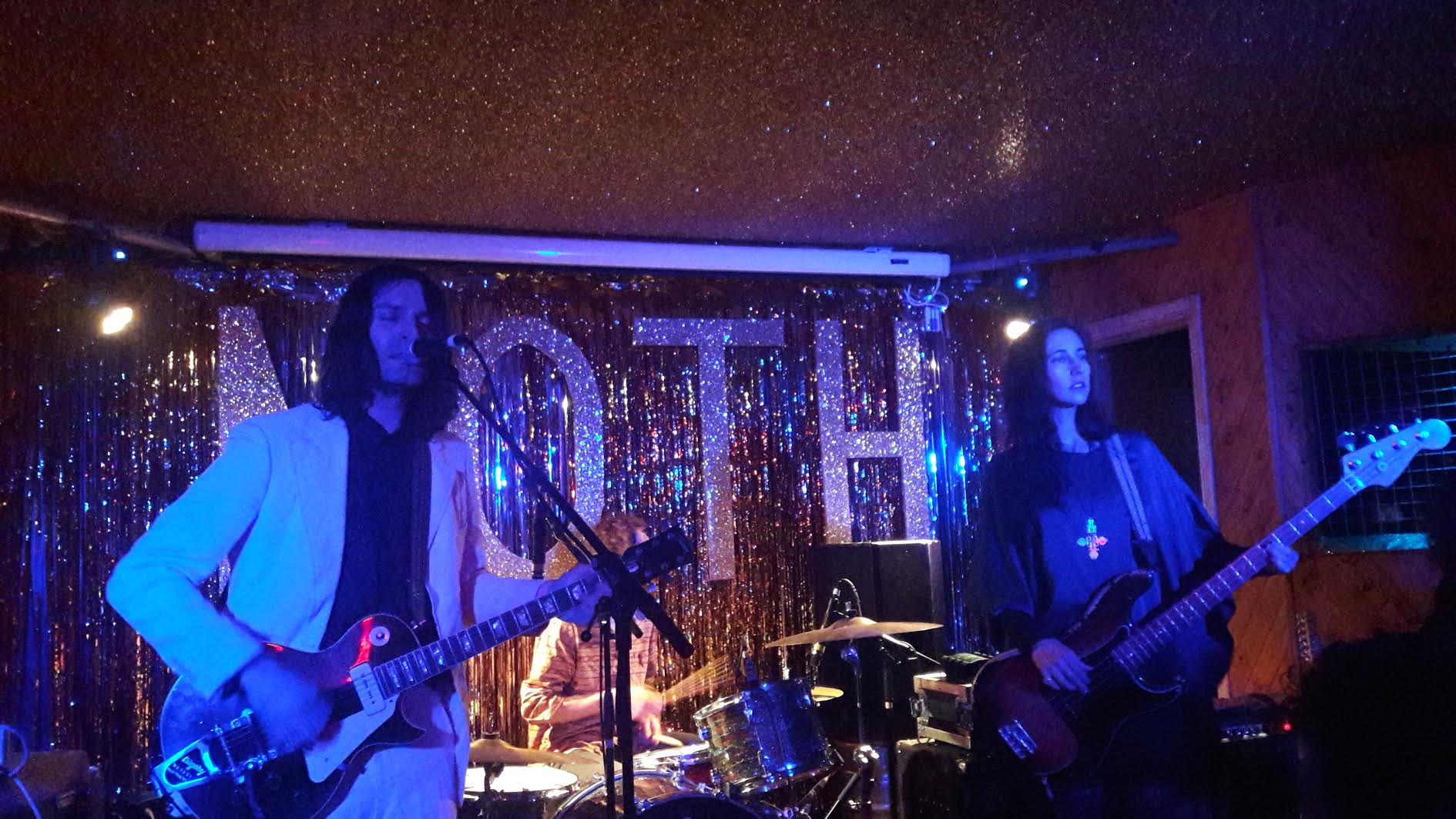 Psychedelic rock is experiencing something of an identity crisis. At one end of the spectrum lies the realm of fuzzy guitars, endless reverb and shoegazing – while at the other end there are artists who appear to be throwing things at the wall to see what sticks. Bands like Tame Impala and Jagwar Ma are leading this revolution, drawing from a melting pot of synth-pop, disco and acid house, often with interesting results.

Psychic Ills fall into the former camp. These two New York psych-rockers, Tres Warren and Elizabeth Hart, have been quietly doing their thing long before the current Aussie invasion, arriving on the scene way back in 2003. Their sound is typical of the genre’s US output; like Moon Duo or Wooden Shjips, it’s all washed out vocals and fuzz. But with the release of their fifth album Inner Journey Out in June, Psychic Ills too seem to be flirting with form.

It’s a subtle revolution which is evident at tonight’s set at Moth Club in Hackney, East London. Billed as a special extended set, the crowd grows fidgety when the band overshoots their slot. But when they do arrive, snaking a way through the audience and onto the Club’s intimate stage half an hour later, they launch immediately into a heavy repetitive riff which builds into a crescendo. It’s an eerie sound which placates – or even hypnotises – the crowd into submission.

Lead vocalist Warren and bassist Hart are mesmerizing in themselves. Gaunt, shaggy-haired and brooding, they remain rooted to the spot throughout the set; Warren clad in a Colonel Sanders white-suit and speaking to the microphone, Hart’s dreamy gaze fixed on some distant memory. It’s infectious; the crowd sway, their eyes closed, as the band merge seamlessly into ‘Another Change’. On the album it’s a gospel-infused ballad, but with the backing vocals removed here it sounds more personal.

In danger of things becoming too mellow, Warren changes up his steel guitar for an acoustic guitar and harmonica holder. His transformation into Bob Dylan reflects the change in style so noticeable on the new album, which fuses psychedelic rock with country and blues. The band launch into ‘I Don’t Mind’, the closest thing to a single they have produced in years. On the album the song features Hope Sandoval on backing vocals, who is herself a veteran of the neo-psychedelic and dream pop scene as lead singer of Mazzy Star. Despite her absence from the live set, Warren carries the track wonderfully.

They finish things off with an exhausting 10-minute psychedelic wig out. It may be full on, but it’s a testament to a band that can flit between styles as they choose. For all their brooding presence, Psychic Ills are a band with one foot in the past but always looking to future.