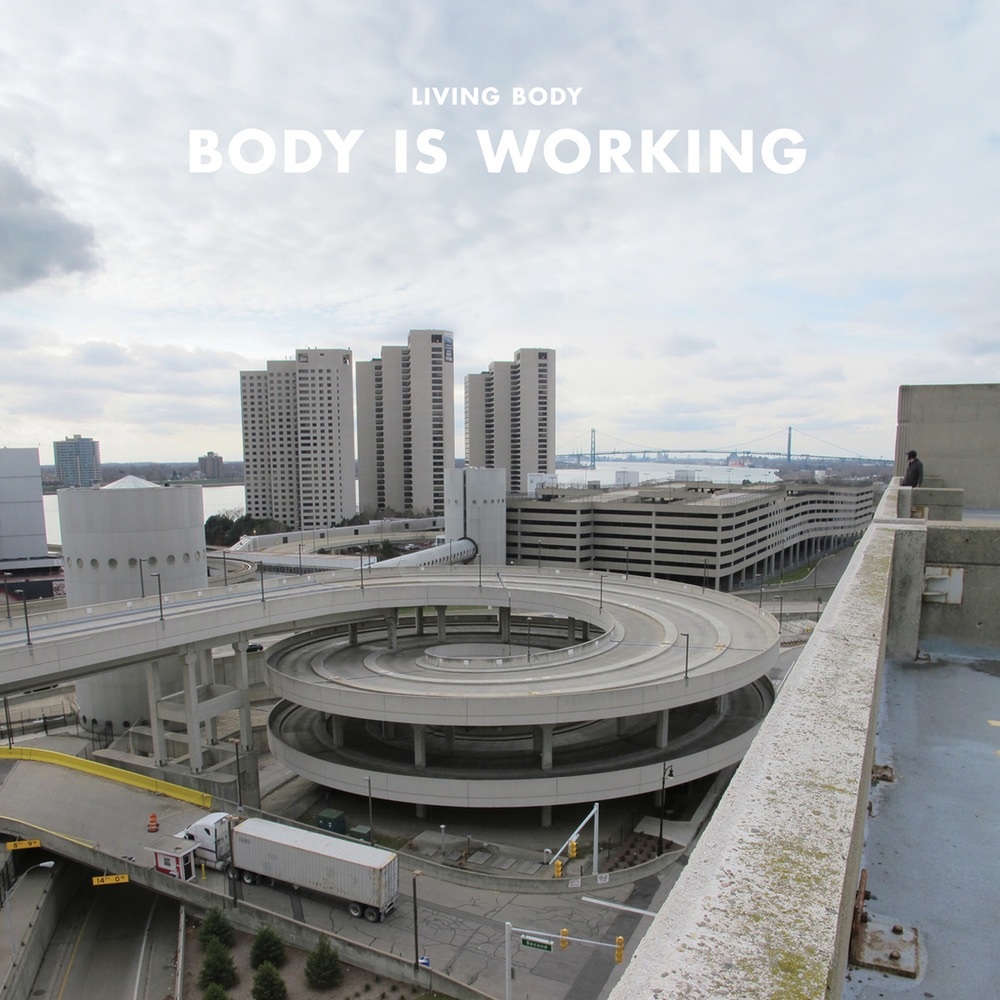 Let’s address the proverbial elephant in the room first of all. Juffage, Sky Larkin, Vessels; you’d be forgiven for having not knowing these names but if you have then you’d surely agree that they’re all real seals of quality. Still, let’s not call Living Body a supergroup. The band was originally put together by Jeff T. Smith, Katy Harkin and Tom Evans from each of the aforementioned three years ago for a one-off, site-specific performance in a deconsecrated church in suburban Leeds. The band spent a month in the church, writing and rehearsing and building a special circular PA to turn the church into an instrument in itself. The resultant semi-improvised songs became their wonderful debut album Body is Working.

As you may expect from a project with such origins, a lot of Body is Working is sort of freeform, gently unfolding and revealing its intricacies slowly, delicately. Passages of droning walls of guitar swell from folky ditties, Smith and Harkin’s vocals entwined in close harmony as intricate guitar patterns tumble over each other on seven-and-a-half-minute opener ‘Declaration of Independence’. ‘Slowburner’ is a minute of ambient noise that fades up into the beautiful ‘I Recollect’. Harkin’s unshowy vocal takes the lead with a melody that finds a spot between traditional folk and nursery rhyme that feels both comforting and unnerving at the same time as a guitar makes Radiohead shapes in the background and strings bring things to a close. The song melts into ‘Trail Mix, pt2’ , another drone number that shifts with each guitar strum feeling like a flexed muscle. If it’s a trail, it’s one through a forest as the light fades and you realise you’re not sure how to get back out, the wind rustling the leaves of the trees in mildly terrifying ways as childhood fears lurk around the next corner.

It’s followed by ‘Heirloom’, the calm after the storm, which starts with soothing ambience and expands into instrumental loveliness before fading from view again. ‘Last Few True’ is ambient folk until a wall of distorted guitar fuzz ushers in the final third of the album, from ‘Penumbra’‘s backwards guitar to the appropriately-named ‘Closer’ which surprises by being the most straightforward indie rock on the record. It’s a clever trick, reminding that in amongst the dense fog of ambience and noise are a collection of genuinely excellent songs that don’t need the haze and drone to stand out, but the presence of which makes each “proper song” for want of a better term feel more significant. Body is Working is a fascinating curio of an album, and quite beautiful in its complexities.

Body is Working is out now on Barely Regal and Kingfisher Bluez.