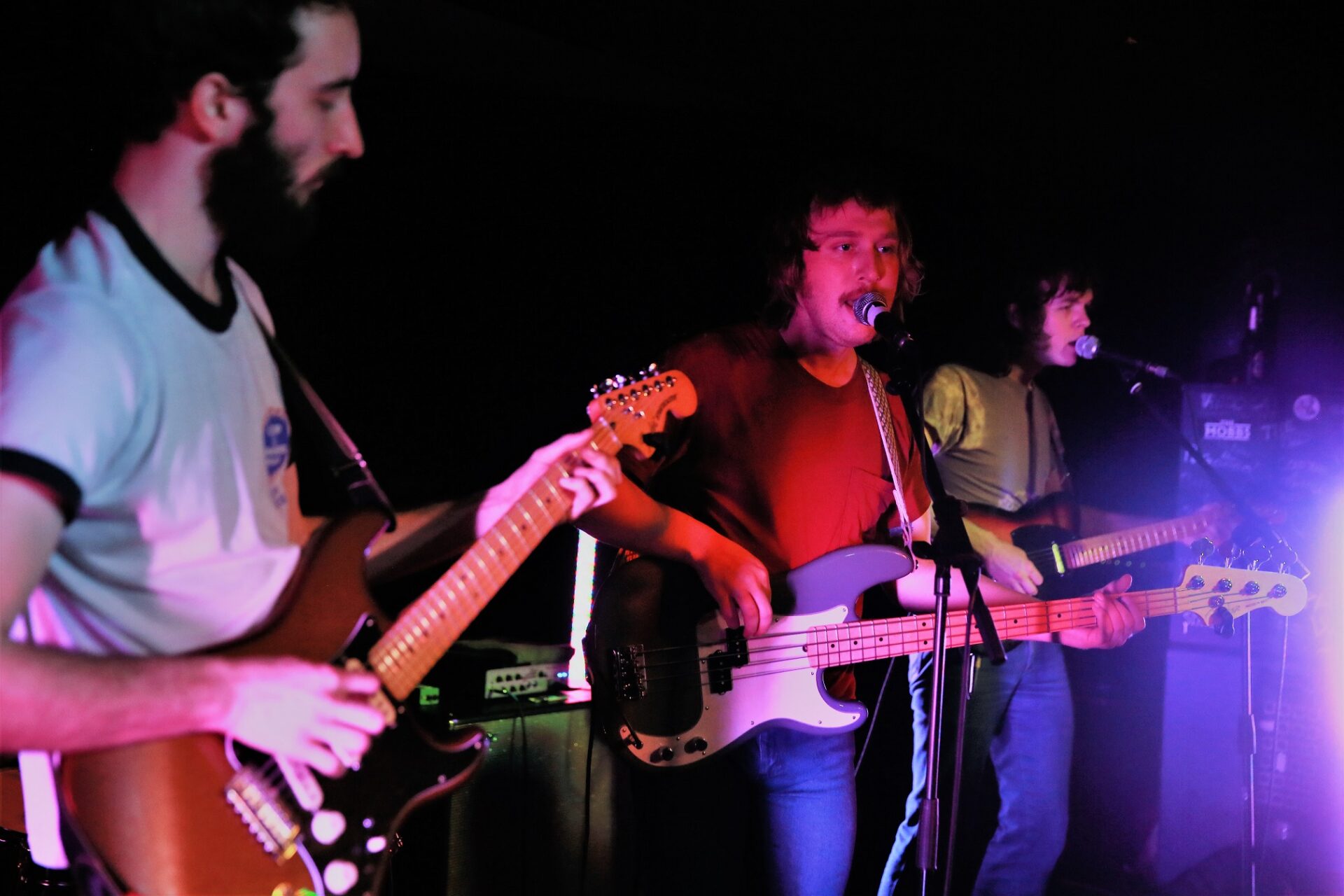 This is only Promised Land Sound second ever show in the United Kingdom. And despite the Nashville four-piece having released two great albums and been heralded by no less than Jack White’s revered Third Man Records label, local promoter Joe Coates – the man behind Please Please You – is worried that very few people will turn up for this show as he fears nobody this side of the Atlantic will have even heard of them.

Joe could have saved himself some sleepless nights as The Fulford Arms is absolutely heaving tonight, the numbers admittedly swollen by the presence of a huge teenage fan club who are out in force to catch their heroes, local outfit and principal support for the night, Aloe Veras. But regardless of why folk are here this evening, it all makes for a cracking atmosphere in what is a very hot and sweaty Thursday night in the Fulford Arms. 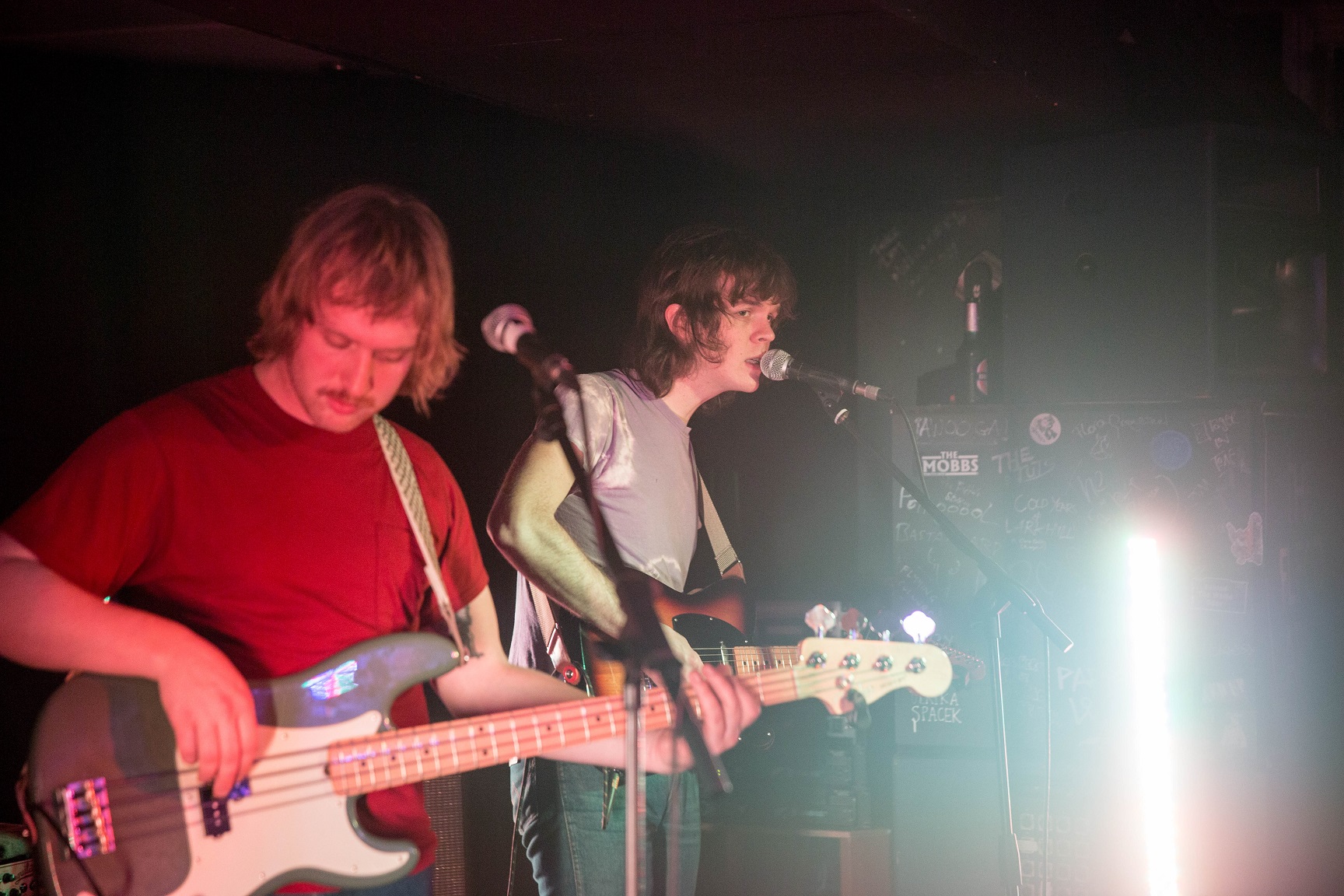 Promised Land Sound play for 60 minutes and what a golden hour it turns out to be. Starting with the gently psychedelic country exuberance of ‘Push And Pull (All The Time)’, ‘Canfield Drive’ and ‘Through The Seasons’ – all taken from the band’s second album, 2015’s delightful For Use And Delight – it is easy to be seduced by guitarist Peter Stringer-Wye’s Grateful Dead Road Crew T-shirt into believing that San Francisco is Promised Land Sound’s primary geographical reference point. But a closer listen reveals Laurel Canyon nuances alongside those of their Tennessee roots and Nashville neighbourhood, with the wider influences of Link Wray (particularly his early 1970s Polydor recordings, including the buried treasure that is Be What You Want To), The Band, The Byrds and Big Star percolating through. It all makes for a magnificent renaissance of an earlier cosmic sound.

Yet having first taken us down this country road of vaguely lysergic exploration, Promised Land Sound – brothers Joe and Evan Scala on their respective bass and drums with Sean Thompson and Stringer-Wye on guitars – then put their collective foot on the gas and in the course of a couple of songs quickly mutate into a wilder garage-punk band. The edges of country – captured by their stunning cover of Relatively Clean Rivers’ ‘Easy Ride’ and ‘Make It Through The Fall’ from their own self-titled debut long player – then blur into a much more brutal sound.  With its primal energy and insistence, the R&B driven ‘Golden Child’ transports us right back into the mid-’60s and the furious rebellion of garage rock.

And then with perfect symmetry Promised Land Sound guide us safely back into the land of the Dead and a long strange trip on the sprawling epic that is ‘Within Sight’. Part Allman Brothers Band ‘Mountain Jam’ and part Grateful Dead ‘Dark Star’ it provides plenty of room for Stringer-Wye’s exploratory guitar as the Scala siblings and Thompson gently push and pull at the song’s central rhythm. Promised Land Sound then bid us all a most fond farewell with the quietly beautiful ‘She Takes Me There’.

Peter Stringer Wye’s T-shirt proudly proclaims ‘Last In First Out’. Do yourself a huge favour and be one of the very first in and catch Promised Land Sound while you can.

This short tour of the UK travels north tonight (Friday 3rd February) to Mono in Glasgow before concluding at Sneaky Pete’s in Edinburgh on Saturday 4th February 2017.