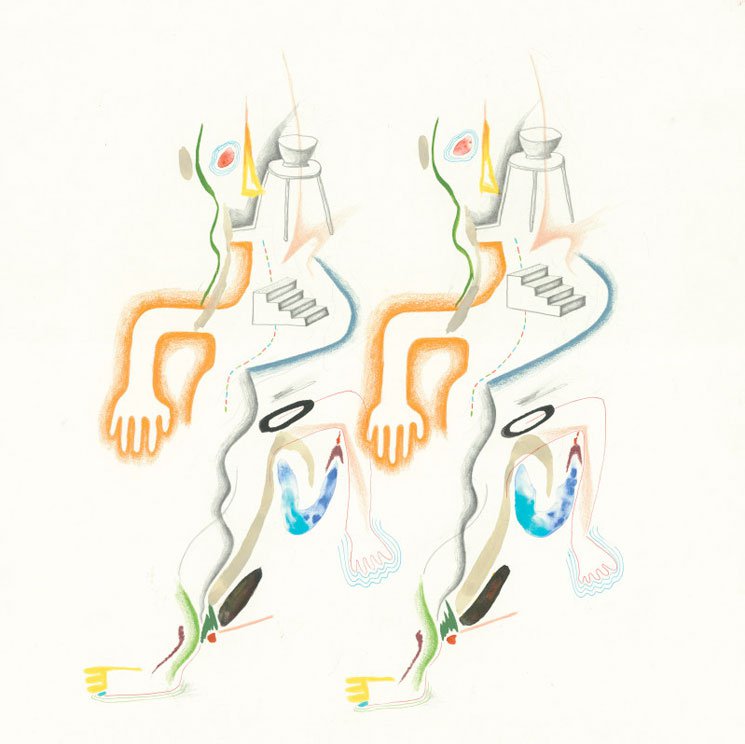 With last year’s album Painting With, Animal Collective took a step into Dadaism, 60s surf and beyond.  It was bright and sunny, but also crammed every single aspect of what makes Animal Collective into an almost impossibly cramped space.  It wasn’t boring by any means, but it was an exhausting listen.  Admittedly the LP was meticulously pieced together, but by cementing every single sonic brick together into a watertight wall, it didn’t really have the breathing room that previous records such as Merriweather Post Pavilion contained.

So with their new companion EP The Painters – a collection of four songs recorded at the same time as Painting With – you could be forgiven for taking a deep breath before riding that bumpy rollercoaster again.  Strangely, though, this four track compilation has a bit more of that much-needed space to manoeuvre.  A bit.  A smidgen.  With an opening track title like ‘Kinda Bonkers,’ you might expect even more mind-melding Dadaist psych, but it’s actually a strangely mid-tempo effort with tribal beats not too far removed from Massive Attack’s ‘Karmacoma.’  Then there’s ‘Peacemaker’, which abounds with reverberating, elastic synths tones to accompany its staccato vocals, resulting in a strangely languid but still intriguing mix.

Animal Collective can’t totally help themselves though.  ‘Goalkeeper’ has a catchy chorus but is absolutely full to the brim with noise and squalling electronics that seem to be constantly fighting with each other for the listener’s attention.  There’s barely a chance to hear the band sing about the footballer’s trials and tribulations.  Their version of Martha & The Vandellas’ classic ‘Jimmy Mack’ keeps the recognisable melody but stretches it into a mile-a-minute, frenetic voyage.  It’s quite bold, but just doesn’t have that charming, finger-snapping swing of the original.

For those thinking that The Painters might have offered something a bit different or less hectic in tone compared to Painting With, for the most part you should prepare to be disappointed.  Like with its full-length counterpart, this is an EP that abounds with ideas, but they often clash against each other when vying for the listener’s attention.  It still makes you pine for the days when Animal Collective were sonically vibrant while not completely assaulting your ears.