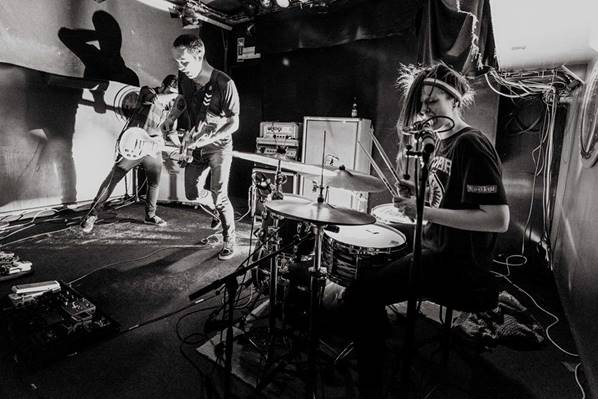 Genesis, The Eagles, and now Belgium’s very own Brutus.

Well, OK, musically Brutus are very different to those giants of rock, but they share that most unusual musical commodity: the singing drummer.  In the case of Brutus, the percussionist in question is Stefanie Mannaerts, whose impassioned vocal style sits somewhere in the region between The Distillers‘ Brody Dalle and Hole‘s Courtney Love.

‘Drive’ is a frantic and brilliant song, heavy in texture but with a great melody that jumps out on the first listen. The band are just about to release their debut album, Burst, through Hassle Records, and the arrangement of ‘Drive’ featured on the link here (the 3/4s version) is an edit, which loses the 67 seconds of Mogwai-flavoured feedback-laden guitars at the start of the album cut.

It’s a perfect way to sample Brutus and although the song is ostensibly a heavy rock track, it has enough indie crossover potential to also appeal to fans of Pixies or perhaps Afghan Whigs.