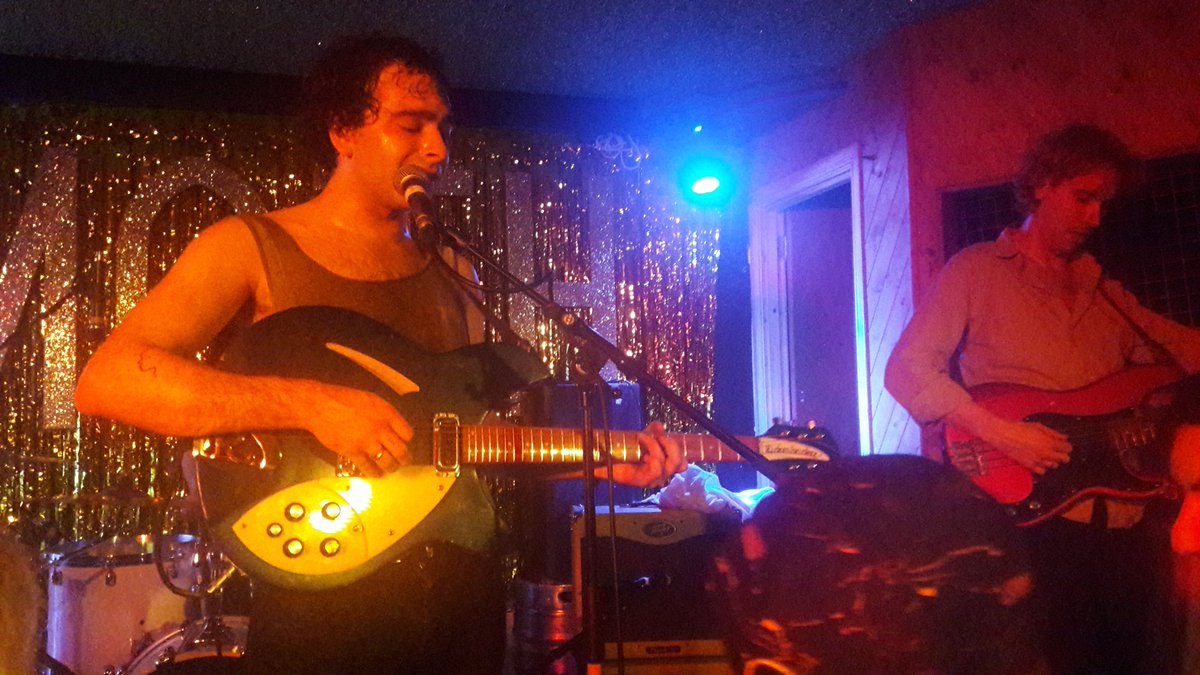 It’s a brave band who throw their guitars on to the post-punk pile in 2017. The genre that launched a thousand Strokes tribute acts has fallen out of fashion in recent years, following a spell in the mid-00s when young, disillusioned white males were being factory farmed on an industrial scale for their neat guitar riffs, catchy hooks and lyrics brimming with vague grievances and disillusion.

While some of this crass stereotyping can be attributed to FEWS, there is a sense that the four-piece from Malmo are doing just enough to keep their heads above the general din. Their debut album Means released last year is a Hodge-podge of contradictory tracks which occasionally veer on brilliance. But what they lack in studio sheen they more than make up for in the D.I.Y atmosphere of East London’s Moth Club.

FEWS have been repeatedly referred to as successors to Interpol, but getting up on the Club’s tiny stage the band’s general appearance is more that of Foals frontman; Frederick Rundqvist’s nervous energy and demeanour on more than occasion conjure up images of an unpredictable Yannis Philippakis. Musically there are similarities too; the ferocious yet disciplined riffs reveal a band contained within the same methodical bubble.

The band’s opening gambit pays off, with slow, moody instrumental ‘I.D.’ rising and falling before gathering pace. There are moments of pure adrenaline: Jay Clifton’s eerie, ethereal bass of ‘Drinking Games’ owes a lot to Peter Hook, while ‘The Queen’ is a boisterous love song that gets the crowd moving.

Where some of these tracks feel like filler on the album, in a loud, cramped and sweaty backroom they take on a life of their own. Towards the end of the set the band decide to play their ace in the hole: ‘The Zoo’. Their second single and the demo which got them noticed by producer Dan Carey of Tame Impala and Franz Ferdinand fame, this is a tightly-wound guitar anthem which at this early stage could still go down as the band’s greatest achievement. The crowd are certainly receptive, paving the way for the night’s first and only instance of crowd surfing.

The band wind up their set with ‘III’, their most experimental track and an example of where Carey’s psychedelic influence has begun to rub off. If lengthy distortion and reverb are a taste of things to come, it’s by no means a bad thing. If anything, a little fuzz could be exactly the distinction the lads need to separate them from the herd.