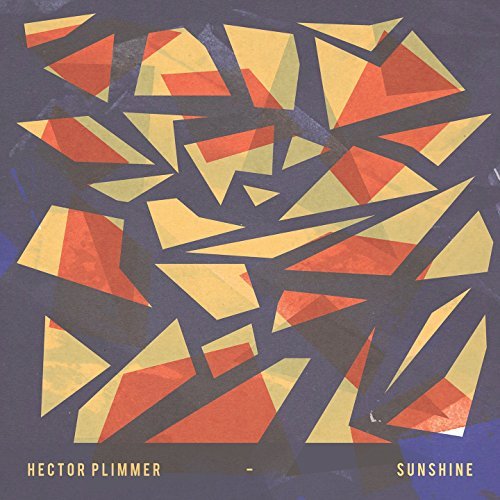 Like a model being discovered at a bus stop or an airport, Hector Plimmer was first approached by Albert’s Favourites in a record store in Soho. Admittedly, he had been playing live rather than just looking decorous. Sunshine is the product of this initial fruitful meeting.

This is another of those predominantly instrumental albums that I am becoming increasingly fond of. Sunshine is most definitely innovative but it is never experimental for the sake of it. Instead, this is an album full of integrity and brimming with intelligence. On a number of occasions, the natural sounds of the world are captured in electronic, musical form. In ‘Let’s Stay’, there are sounds of bird song that morph into sirens and ringtones. It’s not so much music you can dance to, it’s just music that is. It is like installation art but with something to say and a clear sense of aesthetics.

There are tracks inspired by physical objects, such as ‘Bulb’, a strategy that can go so wrong if handled less cleverly. Here Plimmer distils the essence of a lightbulb in a series of trance-like beats and rhythms like the ping and rattle of a broken filament. ‘Kalimba’ features a recording of the instrument in Raw Material, a community music studio in Brixton. In the background of ‘Kalimba 2’ we hear Plimmer’s friends’ conversations and laughter as they carry on regardless. This is the sound of mirrored sequins on a dusky sari. All of which produces images of Hector Plimmer gathering and recording noises like a hipster Henry Higgins.

‘Sunshine’ itself is much more mystical, almost like sun worship. The female vocal is virtually spoken rather than sung. It has the most minimal of musical accompaniment: the occasional plucking of a harp string. ‘I Wish M3’ is another blissed out track, reminiscent of ‘Higher Than The Sun’ but without the assistance of hallucinogens. It has strange changes in tempo as if someone was running up the stairs to catch the last moments of a glorious sunset.

‘Lonely Man’ is the only track that strikes a different chord. It has the sound of a church bell, or as close as a keyboard can get to mimicking that sound and the slow cool of Portishead. The repeated refrain of ‘To the lonely man’ through some kind of effects machine is disorientating. This is Lowry in music, a Dostoevsky character in a grey overcoat.

On the remaining tracks there are eastern influences, whispers and drumsticks that sound like knitting needles being tapped together. Percussion is inserted and overlaid, intermeshed and juxtaposed. Plimmer has a real ear for detail.

On Sunshine, we have come out of the troubled darkness of the winter months. Spring is here.

Sunshine will be released on 17th March 2017 through Albert’s Favourites.