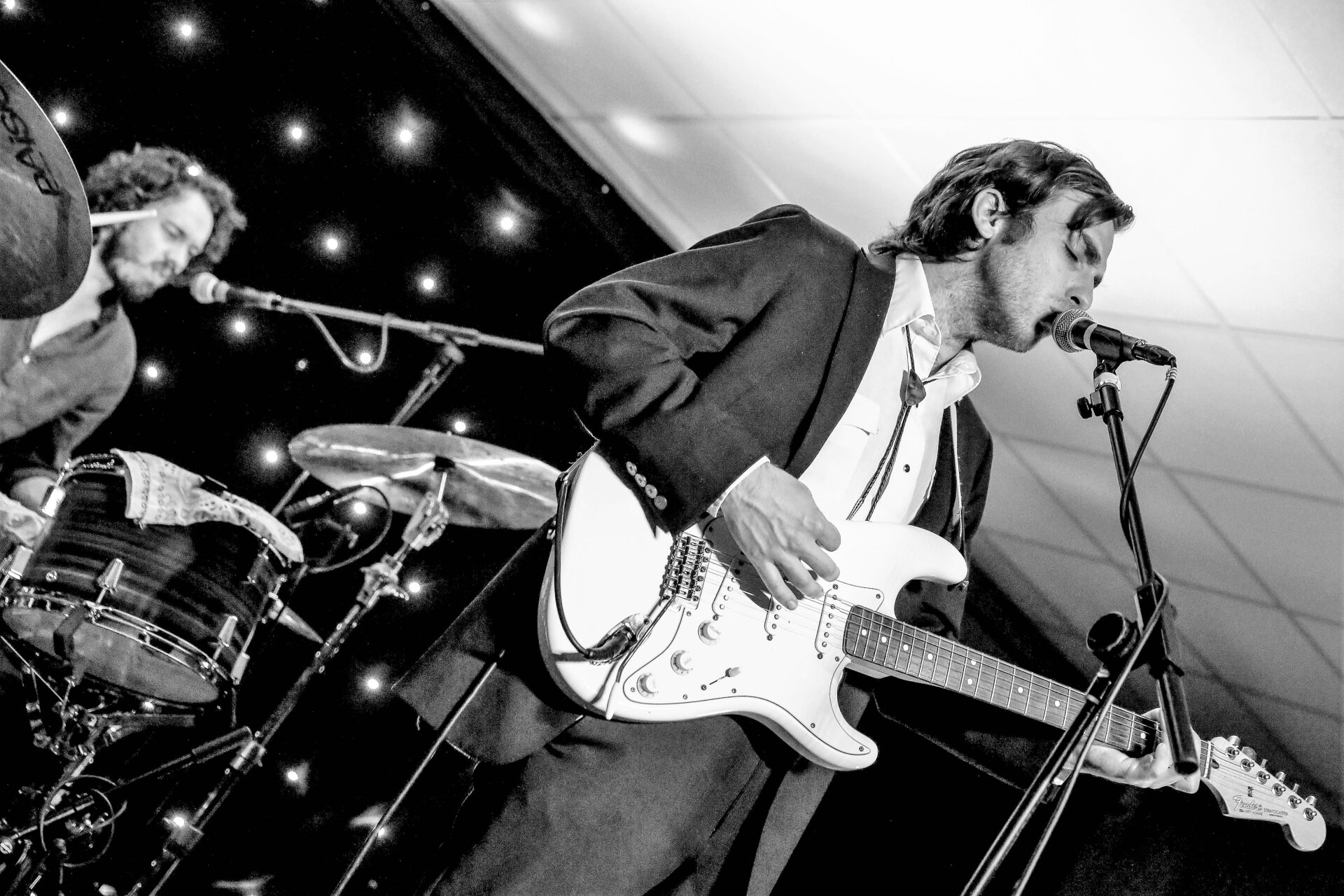 It’s one helluva busy time for rock’n’roll in west Leeds tonight. The massive tour bus taking up more than half of the Brudenell car park tells us that Swedish metal titans Katatonia are in town, whilst just around the corner at Left Bank Noah Gunderson and John Moreland are jointly headlining what will be a very special evening of indie-folk. And then down the road a piece at The Library Lending Room the veteran new-waver and most venerable Stiff Records alumnus Wreckless Eric continues to ply his admirable trade. But it is to the Brudenell’s smaller capacity Games Room where we are heading tonight and despite being faced with such difficult musical choices, the decision to go and see Andrew Combs proves to be a very wise one indeed.

Last here on his own a couple of years ago when supporting fellow modern country renegade Justin Townes Earle, Andrew Combs is once more back at the Brudenell, this time with a band in tow. Much has happened to the country soul singer/songwriter and guitarist in the interim. He got married, bought a house, is now expecting his first child (the product, he tells us, of an extended six-week honeymoon in the Minnesota outback) and has just released his third album, the rather wonderful Canyons of my Mind. The man who grew up in Dallas but moved to Nashville 11 years ago suddenly finds himself on the crest of a huge personal and professional wave.

In his crumpled $500 wedding suit, bootlace tie and black cowboy boots, Andrew Combs may well resemble some louche Western gambler but his music is anything but dissolute. Containing all those noble hallmarks of integrity, maturity and responsibility, this is the sound of a man who is now at ease with himself. And even as he continues to evolve he still remains firmly at one with his natural surroundings in both a physical and emotional sense. Combs’s songs may well be characterised by a certain apprehension about the future but they equally contain great surety and social awareness and in their most compelling of storylines and melodies, they possess an instinctive desire to accurately reflect these experiences, both good and bad. 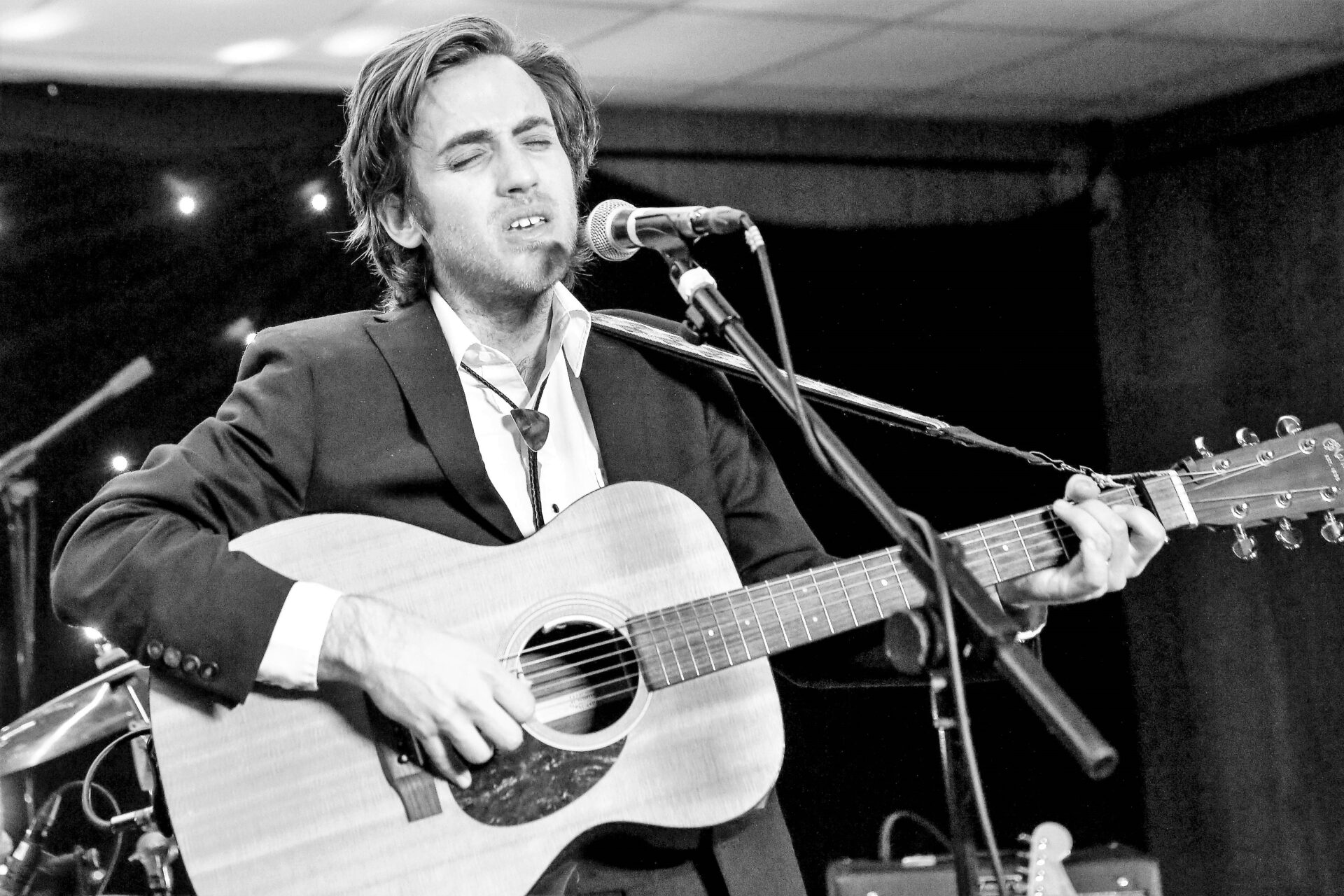 With an impeccable three-piece band behind him – Jerry Bernhardt on guitar, bassist Charlie Whitten and Dominic Billett on drums – Combs takes us on a startling odyssey tonight, one that gives us an opportunity to stop off at some of the more significant staging posts in his career. We get ‘Too Stoned To Cry’, the song that first set him off on his remarkable journey and a clutch of tunes from his second album, 2015’s All These Dreams – including both ‘Rainy Day Song’ and ‘Strange Bird’ in a delightful solo section that bisected his set – but the bulk of tonight’s show is understandably devoted to material from Canyons of my Mind.

In the hands of these supreme, intuitive musicians these newer songs are brought to even greater life than their studio counterparts. Songs of great environmental concern (‘Dirty Rain’); love and loss (the affecting ‘Lauralee’ and tonight’s encore, the irresistible ‘Hazel’); about “losing your Goddamn mind” (‘Blood Hunters’); and political determination (the coruscating ‘Bourgeois King’, which he dedicates to his country’s ”shithead of a President”), in Andrew Combs’s comfortable hands they are all held in that most delicate of balances between light and shade. You really do sense that the man from east Nashville is suddenly standing on the edge of greatness.