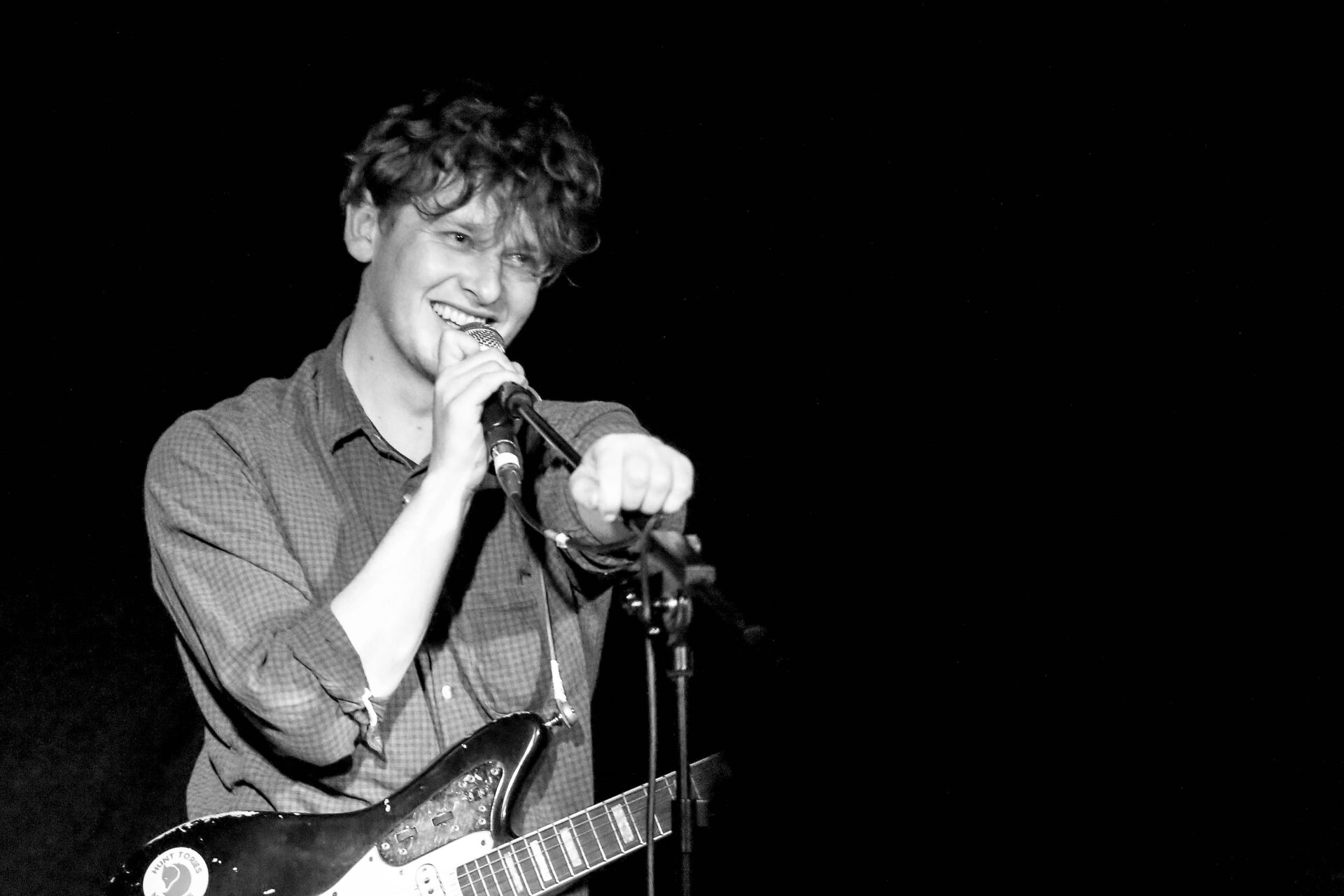 As persistent rain and drizzle falls on York, the Scots have the most perfect word for days just like these. Dreich. Bleak, gloomy, miserable and godforsaken, terms that could just as easily be used to describe the words and music of one Bill Ryder-Jones especially when his songs are stripped of their relative studio sheen and their inherent pop and rock sensibilities are laid this bare.

Ryder-Jones is here tonight two dates into a short ‘Intimate Venue Acoustic Tour’. Whilst use of the word acoustic in its title may be slightly misleading – he accompanies himself throughout on his trusty Fender Jaguar electric guitar – there can be no mistaking that this is a most rare opportunity to catch the former Coral guitarist flying solo, up close and personal.

Arriving on stage without a set list and with two pints of IPA having assisted his sense of benevolence, Bill Ryder-Jones opens up with ‘Tell Me You Don’t Love Me Watching’ before inviting requests from the audience. It is the first of a clutch of songs he plays from his third full-length album, West Kirby County Primary. The record may well be some 18 months old now, but hearing these tunes in such a remarkable, skeletal form shows that it still has many secrets to reveal.

During a quite beautiful ‘Sea Birds’ the lines “I don’t care where you’ve been before, it’s where you’re going to” assume an even greater prescience as Ryder-Jones uses tonight to showcase a couple of new songs that will be destined for his next album. First ‘John’ – which ambiguously may or may not be about his father – and then ‘No One Is Trying To Kill You’ – which, given recent tragic events he wasn’t sure about playing – mine those familiar Ryder-Jones’ seams of loss and reflection viewed though a range of perspectives. They also confirm his prodigious talent as one of this country’s greatest storytellers. 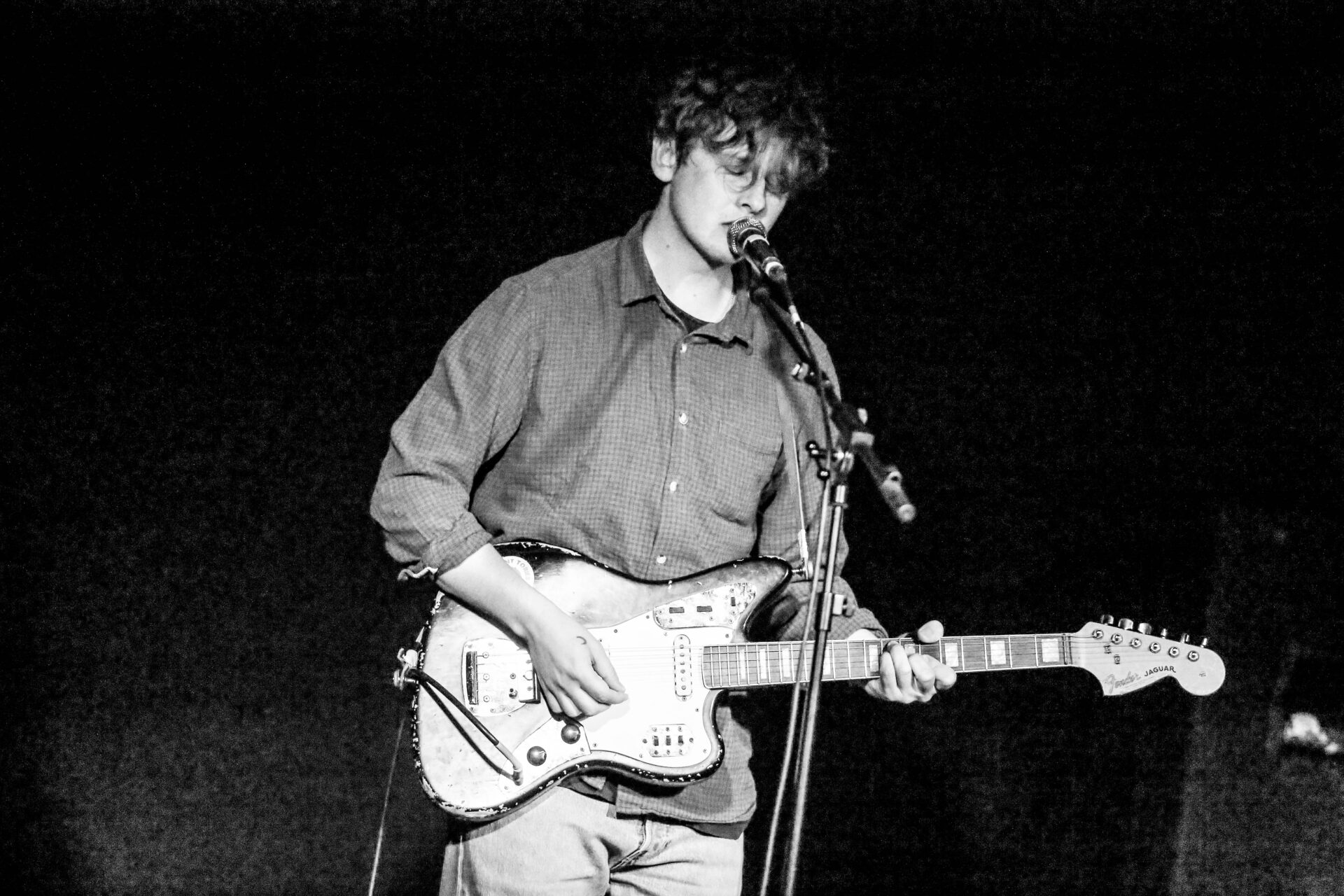 Rather tellingly, given his past personal traumas, Ryder-Jones dedicates these songs to his “brothers and sisters with associative disorders”. Yet whatever past demons the man from the Wirral may have faced, and aside from the lyrical content of some of his songs – ‘Daniel’, dedicated as always to his deceased brother, is undeniably poignant – they are in scant evidence here tonight. Bill Ryder-Jones is relaxed, emotionally robust – perfectly illustrated by his open exchange with one punter about the true meaning of that very song – and his gentle humour shines through, most notably before ‘A Bad Wind Blows In My Heart, Part 2’ when both flatulence and Family Guy’s Hewie get honourable mentions.

Whatever debt Bill Ryder-Jones may owe Pavement is repaid handsomely with a spirited reading of the first lines of ‘Here’,  but he chooses to leave the very best to last with another cover, a faltering yet incredibly moving interpretation of ‘Love Will Tear Us Apart’. He performs the song as a modest, respectful requiem to all of those whose lives were either lost or irrevocably shattered by the recent atrocities in Manchester and London and in so doing he captures all of the elegiac essence of Joy Division’s anthem to lost love.

For all of the desolation that lies at the very heart of Bill Ryder-Jones’ songs, tonight’s performance punches one huge gaping hole in the enveloping gloom of not only this day but also the world at large. He conveys warmth, wit and wisdom in his words and through his indefatigable, humane spirit we can surely draw much hope, inspiration and potential happiness for the future.

More pictures from this show can be found HERE

Bill Ryder-Jones at The Crescent Community Venue in York was brought to us by Please Please You promotions.