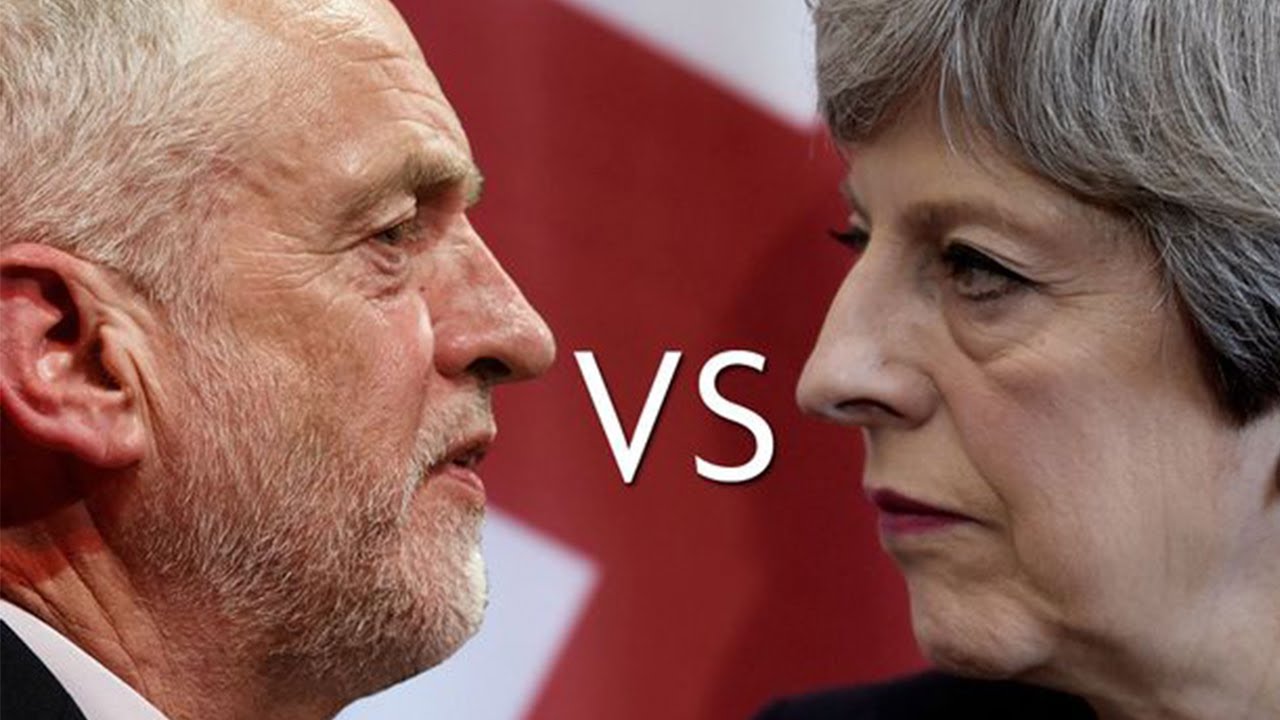 So, the big day is here, when YOU get to choose who our next government will be. Thank God, eh? Suffering from Election fatigue yet? Today, you get to exercise your democratic say in the process, so please get out there and vote!

Since last year’s Brexit and the election of Trump in the United States, there has been an upturn in politically conscious music; an anger has started to seep through about the state of our country. The rise of nationalism, the tide of austerity, the tabloid portrayal of politics, the rising inequality that characterises a society where homelessness rises and the 1%’s wealth continues to grow. In the face of this sit two opposing visions and they couldn’t be more stark. On the one hand you have Theresa May, a woman so steeped in privilege and power that when her uncosted manifesto whose central policy was a particularly vicious dementia tax was questioned, she disappeared, then back tracked and then parroted robotic stock phrases. On the other, Jeremy Corbyn a principled firebrand who has spent decades on the backbenches, a man who presents a hopeful, re-distributive manifesto, he has been a breath of fresh air this campaign although some may question whether campaigning rather than leadership might be his forte?

Against this backdrop, I have picked out a selection of some of the best, worst and down right odd political songs of the past twelve months and this General Election.

Predating the call foran opportunist general election, Martin Carr‘s evisceration of hard right, elites like Nigel Farage and Donald Trump with ‘Gold Lift’ is fucking brilliant. Both a fist-in-the-air punching, blaxplotation-esque anthem, it crucially takes a swipe at all forms of inequality and extremist politics with a video that gently modernises Bob Dylan‘s ‘Subterranean Homesick Blues’ classic music film, only the slogans here on are displayed on an Ipad. Superb job Martin!

Cassette Boy has released his General Election video; ‘Cassetteboy Vs Theresa May’ is his self-styled cut up of Theresa May’s patronising, clunking sloganeering and hard Brexit posturing and layers it over the sound of Diana Ross‘s ‘I’m Coming Out’ by way of its sampling on ‘Mo Money Mo Problems’ by Notorious BIG. Rather fine it is too, the only question remains, is how does he manage to sift through so many of her speeches without throwing his laptop at the nearest wall? “I don’t know why people vote for me/Its like the more policies you talk about the more problems you see”.

In time for the General Election, Deux Furieuses have released the new video for forthcoming single ‘Silenced By The Roar’. The track is the Deux Furieuses’ roar of defiance, simmering with rage and despair: its shadowy menace got elements in common with early P J Harvey but cloaked in a much heavier atmosphere, they explain:

“’Silenced by the Roar’ is our comment on Britain in 2017. The dark mood of despair cut with hope expressed in this song and video is how it feels to us right now in post Trump, post Brexit voting, post truth Britain in the lead up to a general election rocked by terrorism and sabotaged by increasingly desperate and unconvincing politicians. We vote for hope and we will not be silenced.”

Silenced by the Roar from deux furieuses on Vimeo.

Captain SKA is the most successful entrant to this list. ‘Liar Liar’ was re-released for this snap election and entered the Top Ten much to the consternation of the BBC who ignored this entry into the charts. A moderate ska-pop song with a swinging beat, swaying brass and calypso harmonies, it carries a simplistic message. “NHS crisis, education crisis, u turns … you can’t trust Theresa May.” It may sound like a half-baked Specials rip off, but its simplistic message has obviously struck a chord and after all that’s what really matters.

‘The best way to scare a Tory/ Is to read and get rich” Snears IDLES‘ front man Joe Talbot on the rollickingly good ‘ Mother’ from their album Brutalism of earlier this year. This kind of urgent, vital vitriol and reclamation of working class struggle from the nationalists, is both brutal and empowering in equal measure.

Setting an impassioned Corbyn speech to a filthy Grime beat and some spitting samples sounds frankly hideous on the face of it, but RIDDIM just about pull it off, perhaps reflecting how popular Jeremy Corbyn is with the yoof of our country. Other Grime stars such as Stormzy have endorsed him too.

Writer and comedian Ria Lina gently mocks both parties and encourages voter engagement with a half decent parody of Lily Allen‘s ‘LDN’ entitled ‘Lies; General Election’. It’s ALRIGHT, I guess but it feels a bit half hearted when the stakes are this high?!

She Makes War (aka Bristol solo artist Laura Kidd) jabs a lyrical finger at the British government, mainstream press and institutionalised bigotry. With her catchy, heartfelt release ‘I Want My Country Back’ – which comes with an all star video – she describes it as an ‘unapologetic rallying cry for our time. It rails against the deafening rhetoric of ‘the other’ peddled by the popular press and calls for compassion.’

“I’m so tired of the racist, xenophobic nonsense we’re pelted with daily, particularly in relation to the international refugee crisis and immigration in general”, she says.

Punky agitators Cause of Accident deliver ‘Mind Your Language’ which is according to them, a heartfelt tribute to that most cack-handed and currently despised of ministers, Jeremy Hunt.” It’s a 50 second rabble rouser that apes Sham 69 quite pleasingly. The song was written for “Junior Doctors to sing on the picket lines, it’s easily as abusive as the “great” man himself, and at least twice as pointless.’

Perhaps the oddest entry to the cannon of General Election 2017 songs comes from Greg Knight, the prospective Conservative candidate for East Yorkshire, who became an unintended viral sensation with a bizarre homemade Alan Partridge-esque video from his party offices. Mixing hackneyed sloganeering ‘Theresa May’, “strong and stable strong and stable” ending with a incongruously jaunty Stock Aiken and Waterman style pop jingle accompanied by some rather award cut-aways of a campaign poster on his wall.

Corbzy is another moniker from those political pranksters of many musical hats, The Iain Duncan Smiths who produce a superb parody of Stormzy’s hit ‘Shup Up’ with a humorous put-down of Prime Minister May.

‘If we spend enough time believing that hope can win’ sings Johnno Casson aka Snippet on ‘Hope Can Win’ a mournful yet heart swelling, accordian laced ode to the hope and change offered by Jeremy Corbyn.Nestling somewhere between the tender string led sound of mid-period Blur ballads and the sincere passion of Billy Bragg.It’s rather fine indeed.

And finally, Welsh pop star Ani Glass is calling for ‘Y Newid’ (Change)’ with the politically-conscious opening song from her recently released EP ‘Ffrwydrad Tawel’. Possessed of an ethereal vocal purity, Ani’s poignant intertwined refrains are steeped in lyrics that chart the emergence of the unions during the industrial revolution. Swirling with the ghosts of early Goldfrapp and interjected with a vocal sample from socialist activist (Labour councillor) Ray Davies, during his powerful speech at the Yes Cymru rally in 2014, it;s an affecting and engaging listen.