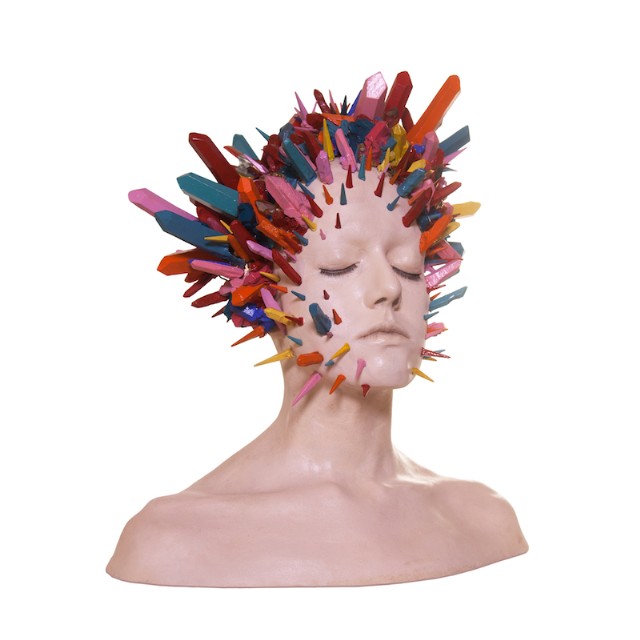 Defying gravity, being the puppeteer of sculptured clones of herself and prancing inside a hazy utopia, Hannah Rodgers’ music promos have abode by the surreal rules of a dream state. The act of dreaming and it’s eccentricities is important to the Surrey-born songwriter and is the primary inspiration behind her fairly engaging debut album under the moniker Pixx, The Age of Anxiety. Rodgers’ nightmarish adventures in sleep remind her of childhood – a period of abundant dreaming – but also allow the curious songwriter to inquisitively compare those journeys to the bizarreness of modern day reality; perhaps in a mini game of “which is weirder”? Hear her social commentary on ‘Everything Is Weird in America’ for an example of this comparison.

The 21-year-old recounts a specific dream of hers on the Grimes-y track ‘Waterslides’. A group of faceless people wearing business suits surround the scared protagonist at a waterpark and the lyrics work really well at reflecting the desperate and suffocated mindset of a lucid dreamer: “It seems to just go on and on, please let me out been here too long. Is it me who made this place? and I still don’t know a single face.”

It’s hard to really feel her fear when the music is so upbeat and bouncy but Rodgers tries to inform us of the insomnia-inducing impact the nightmares had on her imagination as a child on the musically-adventurous ‘A Big Cloud To Float Upon’. “When darkness calls, they will come past my door. I see them glide. I can’t deny the haunted child.”

Whether terrifying or not, Pixx feels the past isn’t something worth forgetting and much of the album is also about teaching the importance of looking backwards. The Purity Ring-resembling ‘Baboo’ is a personal approach to this idea. Like its accompanying video, the words celebrate her valued companionship with best friend Alice: “I trace after your glow. I’ll go wherever you go. Relieve, floating blooming under willows.” Furthermore, her chosen act name Pixx holds on to the past by referencing her grandmother’s nickname.

Whereas on the oriental-flavoured song ‘Grip’, it’s more of a general outlook on how to use the past to deal with the unpredictability of the future. “Time is short. Time is long. We row on. Face the back. It’s a change of the tide.”

Musically, Pixx works best when Hannah Rodgers embraces her pure English accent in a more nonchalant form of Kate Bush (such as in the Lonelady-like ‘I Fall Down’ and ‘Toes’) on top of gloomy post-punk mellowness that exist on the latter half of the album and on her preceding EP, rather than when her voice is moulded with electronic trickery and obvious production to sound like a pop template. Yet the title of the album is borrowed from a 1940’s poem about seeking substance and identity in a changing world and perhaps she is still soul-searching.