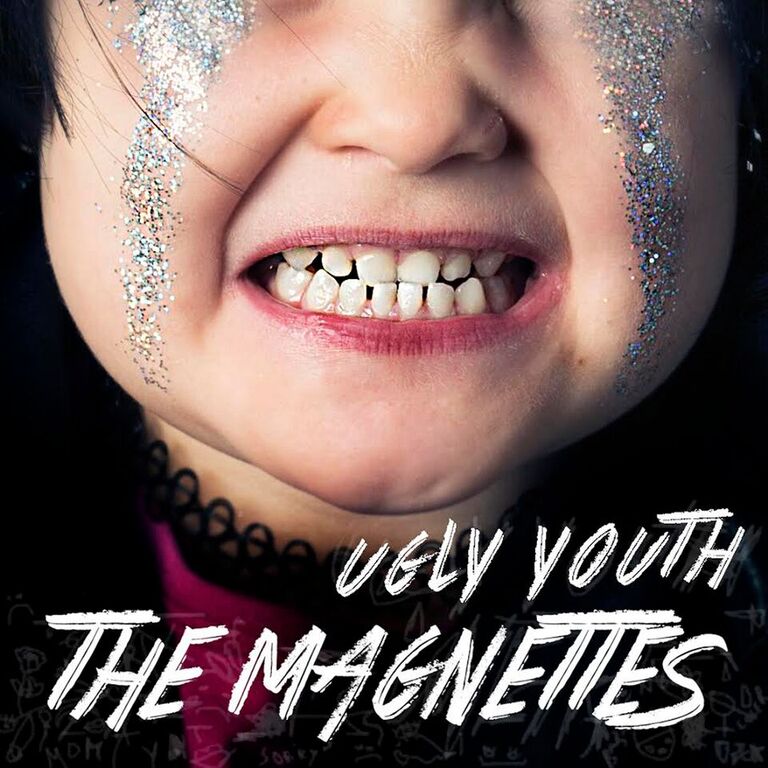 Every girl needs a big sister/auntie/cousin/next door neighbour whose shoes they can admire but aren’t old enough to have. The Magnettes are that young woman in those shoes. Although a trio, co-vocalists Rebecka Digervall and Sanna Kalla occupy much of the limelight, consigning guitarist and keyboard player Tomas Backlund to Chris Lowe-like status in the background.

The Magnettes come with a manifesto: Be who you are and don’t bother about having to be beautiful whilst you do it. Essentially, it’s Naomi Wolf’s argument in ‘The Beauty Myth’ twenty five years ago, one that we’ve moved no closer to. Their debut, Ugly Youth, is the embodiment of this manifesto.

Childhood friends, Swedes Digervall and Kalla have been writing music seriously together since they were fourteen. There are many shots used in their press of them sitting side by side in seemingly endless school photographs. Between them, they have built a philosophy of life strong enough to influence a generation.

The first half of the album focuses on a series of anthems for young women. ‘Killers In A Ghost Town’ is one of a set of messages to young people living in small towns. Think Rotherham. Or Brighouse. It’s about having a good time with your best bud and goading each other on into increasingly bad behaviour, ‘Let’s get drunk to Bikini Kill’. It’s about throwing out the sexual double standard that I can’t believe we’re even still talking about in 2017. ‘So Bad’ is more plaintive, the lilting vocal and the piano accompaniment offset the acidity of some of the lyrics, ‘I chew you up, I spit you out.’

The single ‘Sad Girls Club’ is The Magnettes’s ‘Wannabe’. It is precisely the song to sing in the playground to intimidate boys. Run, jump, cry, whatever you want. Accompany with black spiky pom poms. The Magnettes are cheerleaders in twelve hole DMs and sneers. This song is full of anarchic joie de vivre. We are ‘sad girls, we don’t want no fun’ it declaims, whilst simultaneously having lots of fun.

Along the same lines are ‘Cheering’ which explains how to get revenge on boys who pull your hair and ‘Ugly’ which seeks to redefine how girls view themselves. It’s big and important stuff. Let’s face it, who doesn’t want to see eight year olds distressing the princess costumes and torching all the pink shit in department stores?

The final third of the album moves into more adult territory. ‘Pajala State Of Mind’ is The Magnettes’s version of a folk song, albeit with modern lyrics. It is acoustic and in waltz time. ‘Lovers Losers’ is a brilliant pop track, a love song of total equality and would make a fine single. Whereas ‘Young And Wild’ has a full stadium chorus with Digervall and Kalla singing like two St Trinians.

It feels like the apathy has lifted. Patriarchy-crushing pop for daughters everywhere.

Ugly Youth will be released on 30th June 2017 through DigSin.