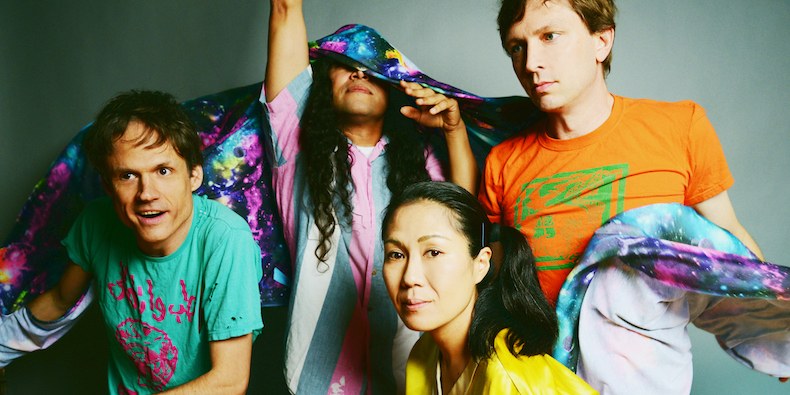 Deerhoof have announced that their new album Mountain Moves will be released on September 8.

The first track to be unveiled is the political ‘I Will Spite Survive’. In a statement, the band said: “In this world of tyrants and CEOs seemingly hellbent on achieving the termination of our species, perhaps the most rebellious thing we could do is not die.”

Perhaps one of the most remarkable things about the song is the way in which the song, whilst lyrically furious, actually sounds remarkably upbeat. This counterpoint runs in parallel to the beautiful fragility of Deerhoof singer Satomi Matsuzaki on the verses with the rockier female vocal of guest vocalist Jenn Wasner of Wye Oak on the chorus. The track implores us: “Sleep at night if you can stay alive/City breaks if you can stay awake/Let her dance all night long.”

More than two decades since their formation, Deerhoof are far from running out of ideas. This track is unmistakably Deerhoof – but there’s the sense that this track could bring them to a far wider audience. And for those who still think no-one makes political music anymore: listen to this.