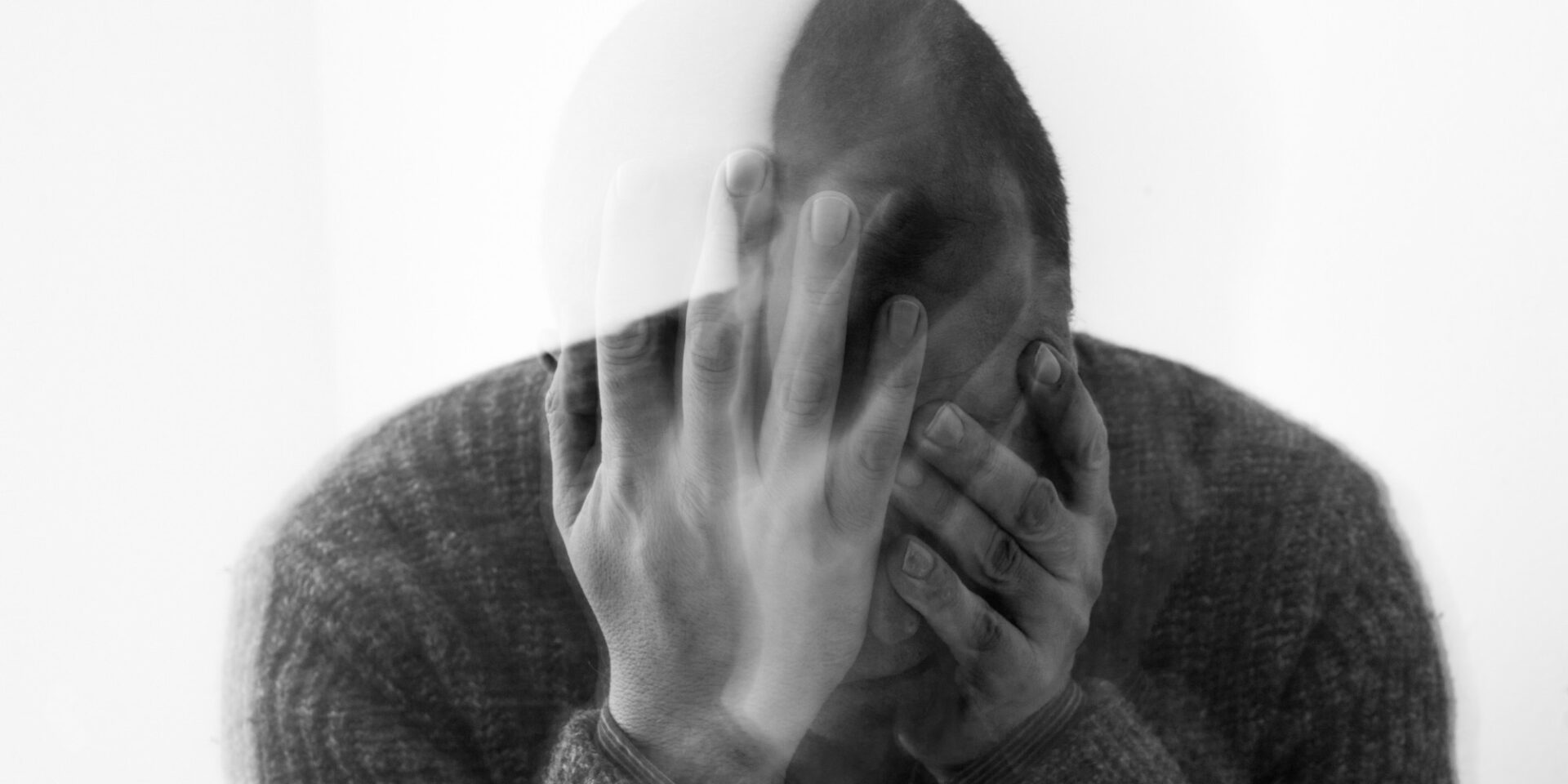 In August 2014, actor and comedian Robin Williams committed suicide. Shortly after, singer Henry Rollins wrote about his ‘loss of respect’ for Robin Williams in an article for the LA Weekly, condemning his suicide as selfishness based mainly on the fact that Williams was a father. Following an outcry, Henry Rollins apologised for causing upset and even stated that the angry response to his article was deserved.

In England, the statistics show that women are more likely to suffer with some form of mental illness (1 in 5) compared to men (1 in 8). There is still some speculation as to whether this is because men find it harder to come forward and speak about it; statistics show that men are more likely to speak about substance misuse. But the rates of male suicide remain about three times higher than women in the UK, with the highest rates of suicide being connected with men between the ages of 40 – 44 years.

The Samaritans have been collating statistics which can be viewed here:

On the 20th July 2017, news broke about the suicide of Linkin Park singer Chester Bennington, a 41 year old father of six children. Among the various responses to this news, the same old condemnation of selfishness cropped up.

The idea of suicide being selfish though, is a deeply troubling and fundamental misunderstanding. The phrase “Man Up” in response to men who suffer with mental illness is incredibly insensitive and unacceptable. Part of the problem is that the stigma surrounding mental illness – of which the perception of ‘selfishness’ plays a part – perpetuates the individual’s suffering to such an extent that a sufferer can become imprisoned within a bubble of detrimental thinking for fear of how they will be perceived. Society has a big problem with understanding mental illness. Inappropriate responses to depression – for instance – undermine the unbearable torment of self-loathing and can in fact amplify and enhance the self-loathing significantly, setting one back on the cyclical horror of negative thinking and self-condemnation.

So I want to say, here and now, that feeling suicidal is not selfish. It is not. And I will explain why.

For most of my adult life, I have suffered with Bipolar Disorder. My illness has generally manifested itself through frequently recurring serious depressive episodes. I also suffer with social anxiety disorder, and this has always manifested as a feeling of extreme discomfort in social settings to such an extent that I have mostly always done what I can to avoid them. They leave me with feelings of somehow standing out; as though people are scrutinising the things I say and do. I obsess over every detail of my interactions with people, and condemn myself for saying certain things that I believe people are criticising, mocking or that I’ve said or done something inconceivably stupid or inappropriate. Almost every interaction with another person leads to a lengthy and agonising self-analysis; a critique of my choice of words, my body language. A critique of my apparent worthlessness to any given situation. My over-enthusiastic urges to please, or be liked. Consequently, as most of the self-analysis is of a negative nature, I become depressed, and in becoming depressed I tell myself that no-one likes me. No-one values me. No-one wants to be around me.

I have experienced so many suicidal thoughts over the years that I couldn’t quantify them in numerical terms. These days, I am able to recognise what is going wrong and put things into some perspective. I’m not as ill as I used to be. I have ways of coping. But during one of my worst periods suffering with mental illness (between 2003-2010), I made numerous actual suicide attempts.

In May 2009, I made an attempt at suicide that hospitalised me for a week. I was living alone at this time. My relationship with the mother of my children had broken down. I was drinking heavily. I’d been out of work for a year, having quit my job due to my illness, and was in receipt of benefits. I’d also been evicted from numerous rented properties as a result of being unable to hold down work over the preceding five years. During the months prior to May 2009, I’d taken myself off my medication but hadn’t stopped collecting the prescriptions. I was receiving the mood stabiliser Depakote, an anti-psychotic called aripiprazole, and the anti-depressant paroxetine. I hoarded these in a plastic tub. After a series of events that dragged me further into a terrible depressive state, I sat down one night and swallowed nearly 200 pills.

A couple of weeks before, I’d been viciously attacked by a group of about five youths who, after verbally abusing me in the street, proceeded to kick the hell out of me. I was terrified to leave my flat after that. It seemed that every noise I heard in the street could have been the group, returning to give me another kicking or that someone was going to break into the flat and kill me. I lived near a busy main road, and I had this fear that cars were going to come crashing through the front room window. My ex-partner had also (quite rightly) refused to allow the children to have sleepovers with me, not only because I was mentally unstable, but because the flat I was living in was a health risk. The landlord had promised me on moving in that he’d clear the back garden of a mountain of rubbish left by the previous occupant. He didn’t do this, and all the garbage out there caused a rat infestation, outside and in. And on top of the rubbish left behind there was a serious drainage problem. Every few weeks, the manhole cover in my already disgusting back garden would flood with human sewage, and the resulting mess would be there for days before the landlord sent someone out to deal with it.

The kids were allowed to visit me for short periods, but having to keep saying goodbye to them was utterly heart-breaking and because the whole experience was so depressing, I was very depressing to be around. Moody, irritable. Gloomy. I took everyone for granted, and the truth of the matter is that I was pretty unpleasant to be around.

It seemed to me that my existence – my continued presence in the life of those around me was just utterly toxic. But combined with that was an inability and unwillingness to continue living a life which seemed miserable and pointless and which seemed to offer no possible chance of improving. Most of my waking life was a dismal experience of self-loathing, extreme misery (ranging from the misery of my own failings, to the general misery derived from perceiving a world in which it seemed horrible things just continued to happen on a daily basis), crippling fear and paranoia and anger. It felt as though this was how the rest of my life would proceed, and that I didn’t have the strength anymore to face it ‘knowing’ that I would be imprisoned within this utter despair every day for the rest of my life.

As I started swallowing those pills, I was vaguely aware that my loved ones would be upset about it. But I reasoned this out on the basis that although they’d initially be upset, in the long run they would benefit from it. Their lives would be better off without me in them. The initial upset caused by my suicide would be a blip, balanced out in the long run by the removal of my toxic influence. The detriment that could be done to them would actually be worse and far more long-lasting if I didn’t kill myself.

That was how I reasoned it. But it is a reasoning that comes from a mind that is suffering an illness. A broken arm hampers physical activity. And because you can see it, you can understand it. Make allowances for it. Mental illness hampers the ability to form reasonable and logical thoughts. We don’t tell people whose bodies are rendered frail through illness to Man Up. We don’t tell cancer sufferers to pull up their socks, put on a smile and stop being so miserable.

For that reason, the act of attempting to commit suicide under conditions of mental illness cannot reasonably be called a ‘selfish’ act. Killing myself seemed like the right thing to do because not only could I not face the thought of feeling miserable and worthless and toxic to others for the rest of my life, but because I genuinely believed that if I continued living I would be an incredibly detrimental force to the people I cared about.

Saying that people who commit suicide are selfish is itself selfish. It lacks compassion, and sometimes compassion means putting others before yourself. It means making an effort to act in a supportive way, and this – when we’re talking about mental illness – can sometimes be hard work. This lack of compassion represents a mind-set that continues to alienate people with mental illness and reinforces a sufferer’s belief that they’re on their own. That people don’t care about them. And to see it plastered so prevalently over the internet is troubling, because anyone else out there suffering with mental illness might see it and have all the negative thoughts about themselves strengthened. They’ll see this ignorance and not see that it is ignorant. They may dwell on it. It may have the effect of silencing them; preventing them from seeking help for fear of people’s reaction. And this in turn could potentially drag them further down the spiral of self-loathing and ultimately, closer to the possibility of having suicidal thoughts.

When somebody commits suicide under these conditions, I believe that society has failed that person. So I repeat: saying that people who commit suicide are selfish is itself selfish. Given the statistics of how many people suffer with a mental illness, it seems likely that we all know someone who suffers with one. Everyone in society could play a part in breaking down the stigma by listening, understanding, educating themselves, offering support. Again…this is challenging work, but if everyone in society understood mental illness better, then the stigma would eventually erode, and people who suffer might be more inclined to seek help.

So it is not suicide that is selfish. It is those who claim suicide is selfish who are selfish. Because with that mind-set, the conditions for alienation are permitted to thrive. They are perpetuating the extremely detrimental stigma. People who are feeling suicidal need help, not criticism. They do enough of that by themselves.

5 thoughts on “OPINION: Mental Illness – Why Suicide is NOT Selfish”