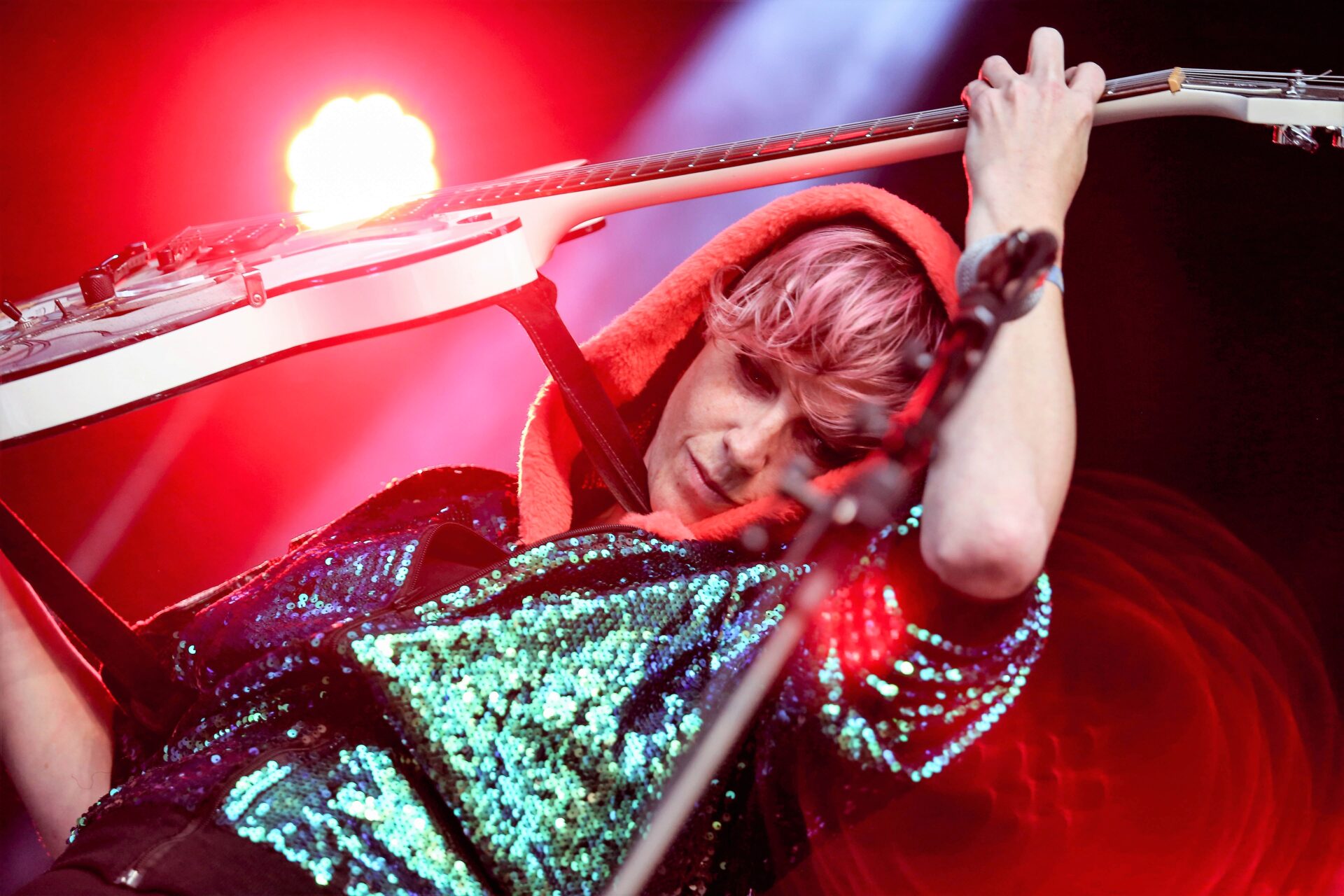 Like ol’ man river itself, Cambridge Folk Festival just keeps rolling along. Now into the 53rd year of its noble existence, the annual event remains one of the longest running and most successful folk festivals in the world today. The keys to its great success are consistency, both in its location – it returns year after year to the delightful grounds of Cherry Hinton Hall – and the quality of experience that it presents, plus its ability to slowly evolve in order to move with the times.

For 2017, subtle changes have been made to the site lay-out. The Club Tent is moved further back in the main area, with the bars realigned. This creates a much greater sense of space, even when taking account of this year’s increased capacity.

Over the years Cambridge Folk Festival has also gradually expanded from its traditional folk base to encompass those wider sonic elements of country, gospel, blues, roots, rockabilly and world music. And this year in what is a further programming development, Bev Burton – only the festival’s third ever artistic director in its entire history – has declared that Friday is Ladies Day at Cambridge Folk with both of its main stages populated entirely by female artists.

She Drew The Gun’s appearance on Stage 2 late Friday afternoon embody these changes. The Merseyside psych-pop act may not be everyone’s idea of your more traditional Cambridge fare but their politically charged material does meet with folk music’s primary principle of protest. Their radical set bristles with indignation and anger and reinstates music’s countercultural significance. Once more music sounds as if it has a legitimate voice for radical change.

Friday also sees the return to Cherry Hinton Hall of Shirley Collins. First here at the inaugural event in 1965, one of the truly great voices of British folk music was later lost to live performing for some 30 years through a combination of heartbreak and dysphonia.  Backed by her excellent Lodestar band, she imbues traditional English songs of revenge, bloodshed, contradictions and possibilities with both intimacy and meaning. Her versatility is reflected when she turns her hand to Cajun – singing Blind Uncle Gaspard’s ‘Sur Le Borde De L’Eau’ in her very best Sussex French – and the Kentucky mountain tune ‘The Rich Irish Lady/Jeff Sturgeon’. It all makes for the most triumphant and ageless of returns to Cambridge Folk Festival for this marvellous 82 year old singer.

Acknowledging the significance of Shirley Collins’ appearance at the festival, earlier in the evening Lisa Hannigan dedicates ‘Lille’ to her in what is a powerful, compelling, and intense performance by the Mercury-nominated singer-songwriter.

It is left to the Indigo Girls – the Grammy Award–winning American duo of Amy Ray and Emily Saliers – to close Ladies Day at Cambridge with a stirring set that speaks volubly about the power of music and its unifying spirit. Augmented by a stellar band including Lucy Wainwright Roche (whose father will play the main stage on Sunday evening), they quickly hit their stride and finish with a blistering fusillade of ‘Galileo’, ‘Kid Fears’ and the contagious ‘Closer To Fine’ in which their watertight harmonies are sublime.

Interviewed earlier that evening, and in keeping with Cambridge Folk Festival’s strong commitment towards both the environment and the ethos of inclusivity, Amy Ray and Emily Saliers had spoken passionately about causes such as Honor The Earth

On Saturday, sunshine, integration and humanity all feature highly as the hypnotic rhythms and voices of The Orchestra of Syrian Musicians transcend all geographical and cultural borders. Together these musicians make beautiful, rousing music that provides welcome respite from all of the violence that we are now witnessing in the world.

By tea-time, though, the heavens have opened and Cambridge Folk sees some of its most inclement weather in years. Despite these huge downpours (repeated again on Sunday afternoon), the festival site copes well with the conditions, further testament to its flawless lay-out, planning and organisation. In marked contrast, the Y Not Festival in Derbyshire is called off the very next day due to safety concerns following a prolonged period of heavy rain.

First Sharon Shannon and then Frank Turner & The Sleeping Souls, though, lift the enveloping gloom with a couple of exhilarating performances.  With her marvellous three-piece band the virtuoso button accordion player from County Clare puts in a typically sterling shift, one in which guitarist Jack Maher manages to sneak in the riff to ‘Smoke On The Water’ and where the quartet sign off with a cracking cover of Steve Earle’s ‘Galway Girl’.

A last minute replacement for Olivia Newton-John who very sadly had to cancel her appearance at this year’s festival following a diagnosis for breast cancer, Turner grasps the opportunity with both hands. He plays a riotous ‘You’re The One That I Want’ in honour of the Grease star before encouraging the packed tent to get into a couple of huge conga lines.

Before the rains return again on Sunday night, there is chance to take time out at the tranquil surrounds of the Duck Pond, grooving with nature whilst listening to the delights of young, emerging talents in first Emma McGrath and then former Voice contestant Laura Oakes as they drift over from The Den.

Back at Stage 2 we then get what turn out to be two of the real highlights of the entire weekend. The trio Kate in the Kettle – headed by Scots folk musician and composer Kate Young, whose fiddle playing is remarkable – play a unique set of tunes inspired by the traditional use of plants.  And then fellow Scot Ross Wilson in the guise of Blue Rose Code fuses majestic elements of jazz, country, R&B, rock, folk and soul that bring to mind the essence of Van Morrison in his mid-seventies Caledonian Soul Orchestra–period pomp. Wilson is joined on stage by the legendary double-bassist Danny Thompson whose languid, mesmeric rhythm lines add further class to what is already a most glorious occasion.

Two acts making what must be their umpteenth appearances at Cambridge are Loudon Wainwright III and the Oysterband. Walking on stage with the aid of a stick and sitting down as a result of recent plastic surgery to his posterior, Wainwright deals extensively with “the motif of death and decay” in his songs. But despite their career having been almost as long, Oysterband show absolutely no signs of slowing down with a blisteringly powerful set full of energy and creativity.

The perhaps unlikely choice for Sunday’s headliner – though in itself yet further proof positive of Cambridge Folk Festival’s ever-evolving musical reach – is the major label, chart-topping, lifelong Notts County supporter Jake Bugg. He doesn’t disappoint, standing alone (apart from the occasional keys accompaniment) in a wonderfully diverse acoustic set that illustrates his talent extends beyond that of pop stardom. He brings to a close yet another marvellous Cambridge Folk Festival, one that continues to ring the musical changes whilst still staying true to the central tenets of the greatest folk traditions.

The Cambridge Folk Festival was held at Cherry Hinton Hall, Cambridge between the 27th and 30th of July 2017.