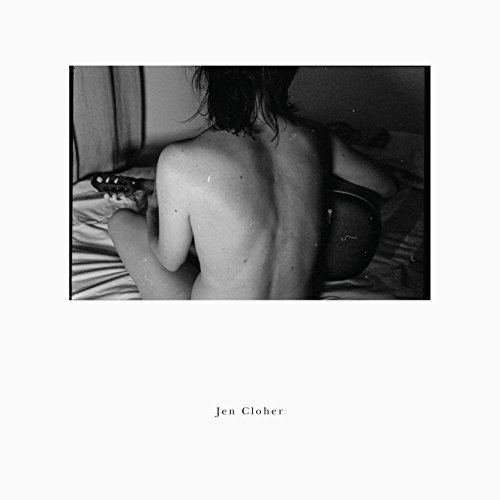 Tell me about your new record, I say. You tell me that it’s the rawest, most confessional, voyeuristic, borderline-pornographic depiction of your emotional life from the past two years, that you had to think twice before allowing something so nakedly transparent to infiltrate your art. That your ex-girlfriend almost had a fit of the vapours to discover that its biographical detail had been recounted in such lurid prose. Yet upon hearing them for the first time, the words still ring out in universal tones; the heartbreak may be real to the artist, but it’s still couched in a lyrical form that permits a certain degree of interpretation from the listener. The same certainly cannot be said for Jen Cloher’s self-titled fourth LP, which rattles off disarmingly literal stories with the confidence of one accustomed to airing their emotional hang-ups in public.

One of the greatest struggles the Melbourne-based artist has addressed – and inevitably, the source of most media interest – is confronting the envy that ensued from her wife’s rise to fame. Cloher is married to Courtney Barnett, and opened up to the Guardian recently about how it affected her. “Stupidly I used [Courtney’s] success as a marker for my own musical worth,” she admitted. “I questioned whether it was even worth continuing. Her career was what success looked like.” After eloquently venting those feelings at an International Women’s Day breakfast back in March, Jen Cloher now arrives as the sound of the artist ready to be addressed on her own terms.

Indeed, the lyrical content is very much front and centre for Cloher. “The tunes are secondary,” she says, and across early swathes of the record, it shows. ‘Analysis Paralysis’ clearly has a lot to get off its chest, confronting her own fight to marry the woman she loves, as well as poking fun at “hashtag activism”. But for a track that goes on as long as it does, the song’s motoric pulse quickly begins to grate. (It’s also bizarrely reminiscent of Radiohead’s ‘There There‘ in places, the temptation to sing “Why so green and lonely?” after its minor-chord detour often proving irresistible.) ‘Kinda Biblical‘ also tells a story that gets lost in the meandering guitar dirge dragging over it; if anything, it seems to be the more adventurous lyrical excursions that most regularly lose sight of the music underpinning them. Which is a shame, because whatever else you might throw at Cloher, she’s clearly an excellent storyteller.

Occasionally, it all comes together. ‘Shoegazers’ is not only bursting with wit (“Indie rock is full of privileged white kids / I know, because I’m one of them”), but provides a bluesy guitar riff that fits it perfectly. She even pokes fun at that most detestable of second-hand culture parasites, the music critic. “Those who can, they do,” she declares, “those who can’t, they review.” Smarting from the fresh bruise under my belt, it’s nonetheless hard to deny Cloher at her uncompromising best.

But the record’s finest moments are its quietest, the ones that abandon all the ironic self-reflexivity to paint something pure. ‘Regional Echo’ is beautiful, an elegy to both the Australian dream and the changing nature of her own, while ‘Dark Art’ provides a heartbreaking finale, perhaps the simplest and best love song she’s written since ‘Numbers’: unlike the majority of Cloher’s lyrics, “Loving you is like a bright star” doesn’t look clever on paper, but it’s a killer blow in the context of the song’s plaintive melody.

As an album, Cloher isn’t always easy to love. But repeated listens begin to peel back the layers of her craft, revealing an artist still getting comfortable in her own skin, her talent overcoming an occasionally masochistic desire to neglect the music itself. Whatever happens next in her career, there’s no denying Jen Cloher is the master of her own destiny now.