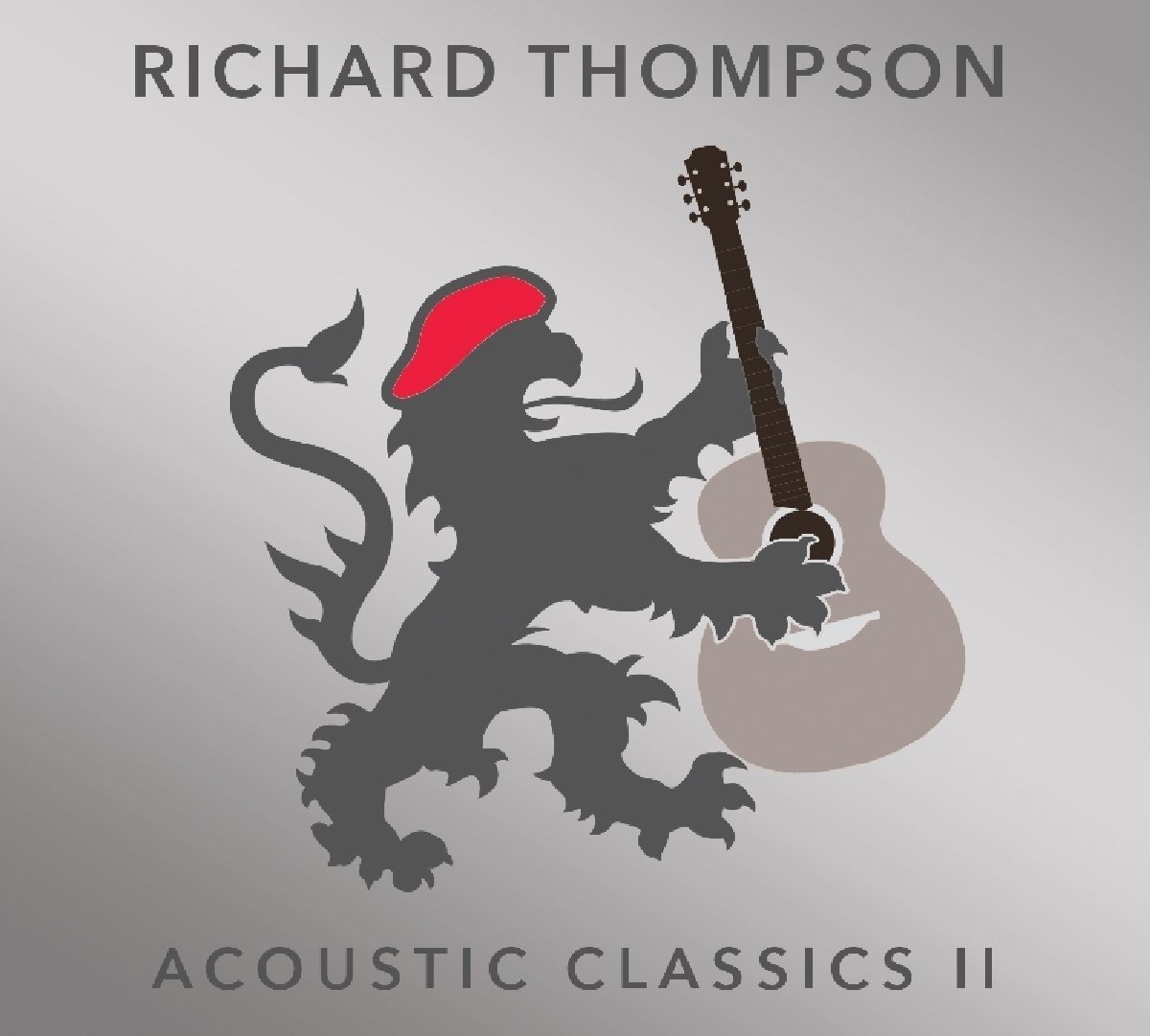 There’s no shortage of half-century anniversaries to mark in the music world this year. Whether it’s Sergeant Pepper, Forever Changes or The Velvet Underground & Nico (to list three of a very long list indeed), it’s important to note that this year marks fifty years since Richard Thompson, then still a teenager, co-formed Fairport Convention, thus paving the way for British folk-rock.

Since then, of course, he’s been very highly regarded – and perhaps surprisingly, his highest charting works solo have been over the last ten years. One of those was the first Acoustic Classics album. As with this volume, it’s not a stopgap release. Rather, whilst an excellent electric guitarist and bandleader, the strength of Thompson’s singing, guitar playing and songwriting means that stripped down to just voice and acoustic guitar the listener gets a new insight into fourteen songs from his spectacular back catalogue.

It’s a fairly wide selection across his career. From the Fairport Convention days there’s ‘Crazy Man Michael’ and ‘Meet On The Ledge‘; from the days when he played with his wife Linda Thompson there’s ‘Jet Plane In A Rocking Chair’ and from the last thirty years there’s ‘Pharoah’ from Amnesia, ‘Keep Your Distance’ from Rumor & Sigh (a contender for his best album) and ‘Bathsheba Smiles’ from Mock Tudor. They may be less well-known songs than those represented on the first Acoustic album, but none the worse for that.

What both Acoustic Classic albums – and there’s more on the way, apparently – manage to achieve is that due to to the sheer magic contained within, they stand as albums in their own right. This album is perhaps darker – demonstrating that along with the humour displayed in his work (check out ‘Hots For The Smarts’ or ‘Don’t Step On My Jimmy Shands’), there is ability to reflect the variance of all human emotion within his work.

Whether this is the best place to start with Richard Thompson’s work (shame on you! Get with the programme, Godammit), as opposed to a compilation of better-known tracks is open to debate. Half a century’s work that has been covered by artists as diverse as Dinosaur Jr, Elvis Costello and June Tabor (and that’s a small list of those who have covered his work) is going to give a lot of people a lot of individual favourites. For my money, it demonstrates an important cross-section of his work, showing why he is so highly regarded and why his fanbase continues to grow. Hell, while many artists of his age are losing their singing voices, Thompson sounds ever more powerful.

If you haven’t heard Richard Thompson’s work before, there’s nothing to be lost by starting here. If you are an afficianado, you’ll want this as a wonderfully listenable example of his work.