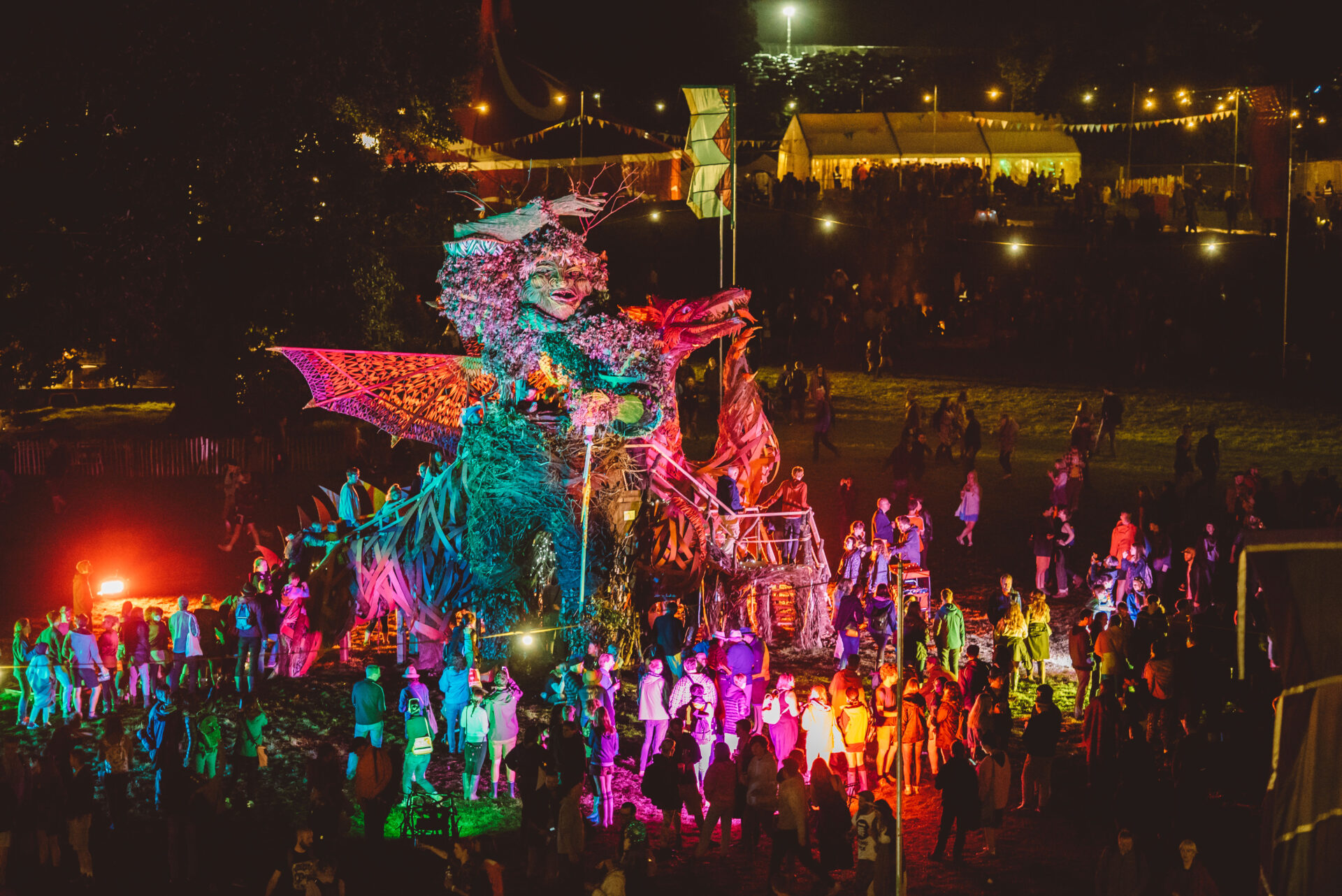 This year is Green Man Festival’s fifteenth birthday and its reputation has never been stronger. With success comes problems of course, and for what has been for most of its life a small-to-middle-sized festival, the most pressing issue is how to manage its inevitable growth in numbers. Year-on-year, there have been incremental tweaks to the camping areas but hardly any concessions in the main arena and this year is no different. It has successfully maintained its sense of closeness and family-friendliness without letting itself become crowded. In other words, it is still 100% Green Man. 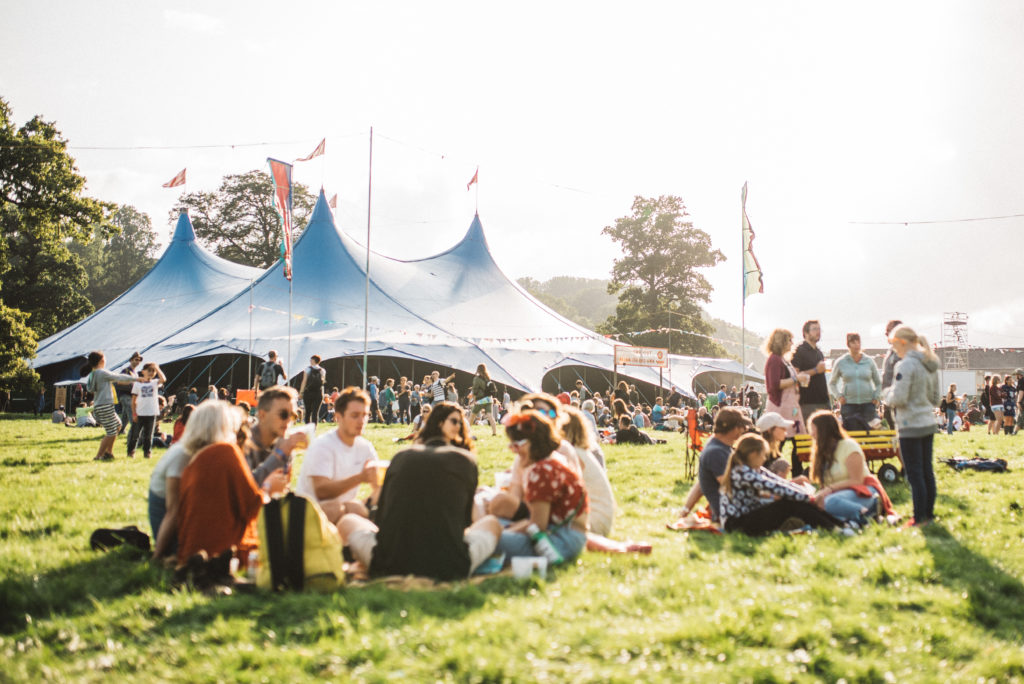 Another of the key changes over the years has been the expansion of the line-up into Thursday. For years, there was just the odd act sprinkled across the festival’s junior stages but this year the site’s second stage, the imposing Far Out Tent, has nearly a full day line-up. Stealing the opening night show is the Toronto jazz/hip-hop crossover band BADBADNOTGOOD, whose recent album IV has seen audiences falling over them like never before. For those first night pleasure-seekers, their loose improvisational interpretations of their own compositions morph and mutate before our eyes, setting the pace for a weekend that at its best will be defined by bold and uncompromising musicians taking chances with their material.

A long-running tradition at the festival is for the winner of the annual Green Man Rising competition for up-and-coming artists to open proceedings on the Mountain Stage on Friday. This year’s deserving recipient is Glaswegian singer-songwriter Siobhan Wilson, a recent signing to Song, By Toad Records and the perfect remedy for any lingering overnight feelings of regret. In many ways, she has already outgrown this slot, her debut album There Are No Saints having been out for a month now. She draws a sizeable, welcoming crowd considering the timing, and her gentle, mature tracks are specially adapted to caress our temples.

The pace is raised considerably over in Far Out by the Japanese psych doctors Kkagaku Moyo, who by stealth are becoming one of their scene’s most formidable and talked-about groups. Having been playing dates across Europe for the best part of this year, they have grown in confidence since their festival appearances last summer. Several times across the weekend, Far Out’s stanchions threaten to buckle under the immense power of the music and energy emanating from within – on Friday afternoon alone, Mercury nominees The Big Moon and Madrid garage pop junkies Hinds bring a delirious mood. The highlight of the day comes from the tent’s headline act Kate Tempest, performing in full her special 2016 album Let Them Eat Chaos. One gets the sense that many of those present are not closely familiar with the record, unprepared as they appear to be for the emotional devastation that unfurls in front of them in one 48-minute intricate tale. Where tracks like ‘Europe Is Lost’ provoke political fury, songs like closer ‘Tunnel Vision’ bring the slow-built power crashing down. One glimpse around as she finishes at the tear-filled eyes and agape mouths is enough proof that she is more or less untouchable at the moment. 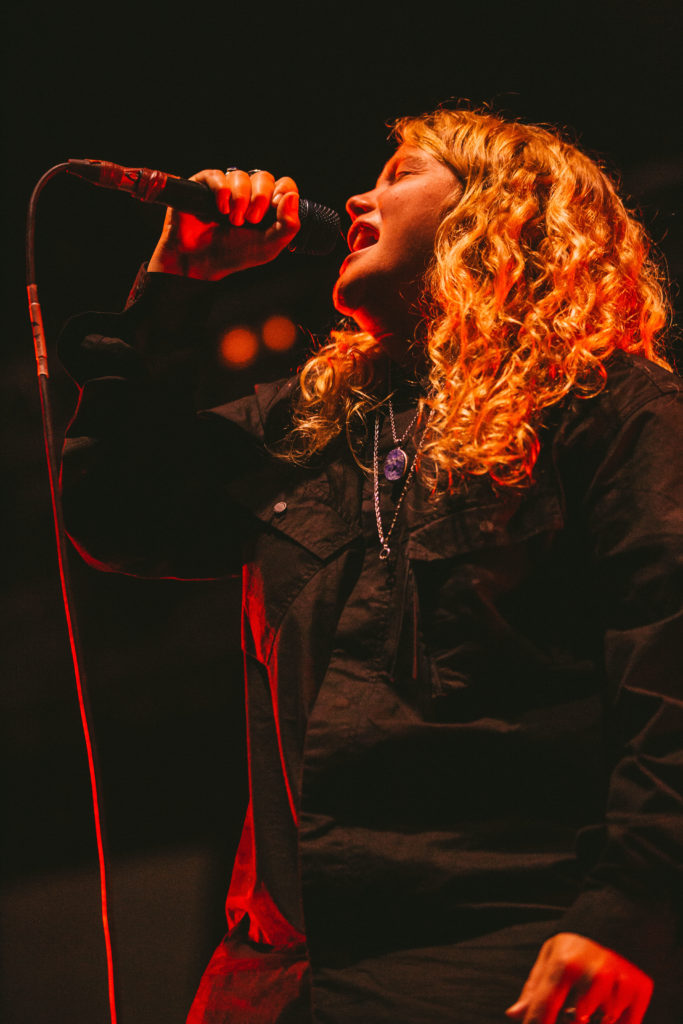 As usual for a four-day festival, by Saturday afternoon it feels like you’ve been on site forever. People move, eat and drink in that festival way, they all slowly begin to look the same. Thankfully, the bands continue to do their own thing. Grumbling Fur, for example, spend their set exploring their new material, and the crowd are incredibly accepting. They are permanently off-kilter, like their left the big city with the standard psych influences intact and secluded themselves in the wilderness to see how it would grow in its own way. For those of a certain persuasion, it is very enticing. New York noisesmiths Liars are far more direct in their approach, a throwback to the No Wave bands of the same city in the early 80s and a chance for a good old-fashioned freak out. Little did they know what was about to come with headliners Oh Sees (if you missed the memo, the ‘Thee’ is no more). John Dwyer is hands down the most ferociously brilliant guitarist to pass through the Brecon Beacons this weekend, or any other for that matter. An unremittingly intense hour-plus set that trips through their incomprehensibly extensive catalogue, it is one of those sets that can only be achieved at festivals – a crowd made up of a hybrid of diehard fans and those looking to discover something special. Yeah, they got it this time.

One of Sunday’s early delights comes in the form of Gaelynn Lea on the Walled Garden Stage. Her esoteric brand of Celtic folk, all the way from Dylan’s hometown of Duluth, Minnesota, silences the already sedentary crowd, each track a glistening, surprising blend of traditional and invented styles. It is a competitive field, but her style is distinctive enough that she can hope to find a break before long. Even more out there is the music of Richard Dawson, the rampaging Newcastle avant-garde folk singer whose Peasant LP is as brilliant as anything released in 2017. For the uninitiated in the Far Out on his arrival, it takes precisely one second of his performance to know that this is unlike anything else in the world right now. When he accompanies himself, it is in staccato explosions of guitar, when he sings it sounds like a klaxon. The power he generates through his voice, summoned from the deepest recesses, is eye-watering. His stories in a literal sense are of early medieval Northumberland, but in reality they are searingly personal and contemporary in their nature. It may be an acquired taste, but it is the best thing this reviewer saw all weekend. 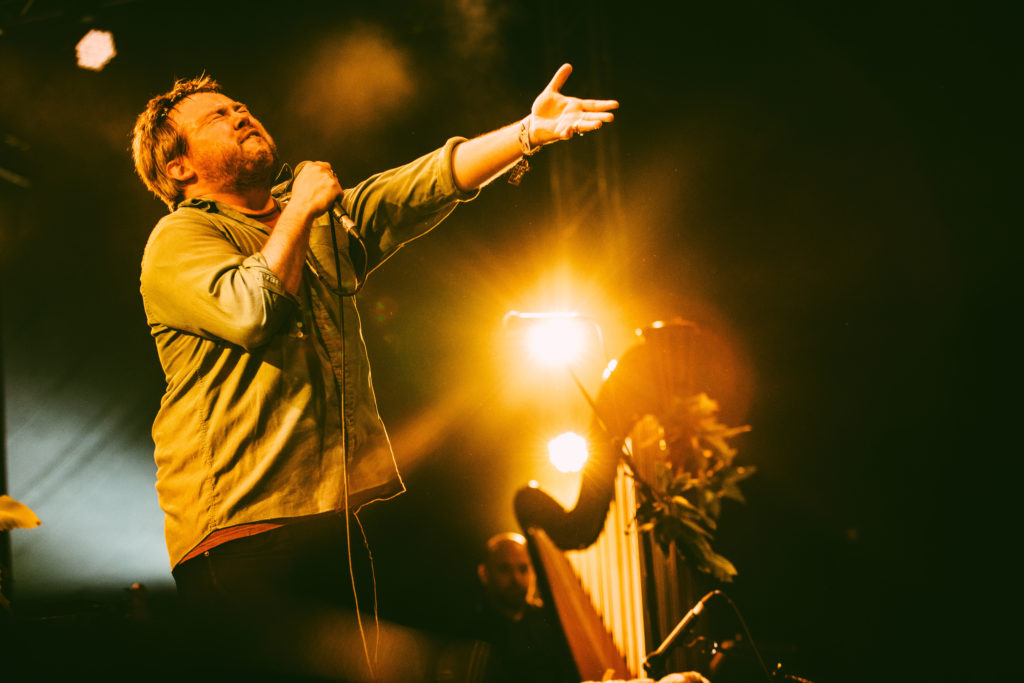 For the first time, the heavens open on Sunday afternoon, just in time for the arrival of Conor Oberst on the Mountain Stage. The sheer volume of rainwater is matched only by the volume of battle-hardened festival pros who persevere throughout. He happily focuses on tracks from Ruminations, his underrated recent album, although a run out for ‘Four Winds’ is especially well received, voices pushing the relentless onslaught back into the skies above the Welsh valleys. It improves in time for festival closer PJ Harvey, the 25-year crown princess of alternative rock. She does acknowledge her hefty back catalogue, but perhaps not frequently enough to satiate everyone, especially after a long weekend. Tracks like ‘50ft Queenie’ and ‘To Bring You My Love’ are still fantastic to hear though, and mingle well with the last two albums, which truly dominate the set. She is still and unignorable from the first moment until the last, a genuine dose of starpower. A relatively sudden ending to her set and lack of an encore takes most by surprise, but it does give everyone the chance to grab their place to watch the ritual burning of the green man himself – or in this case herself. Fifteen years in and the festival is as strong and confident as ever, with no sign of slowing down or losing its edge. Now, how long until they announce next year’s line-up? 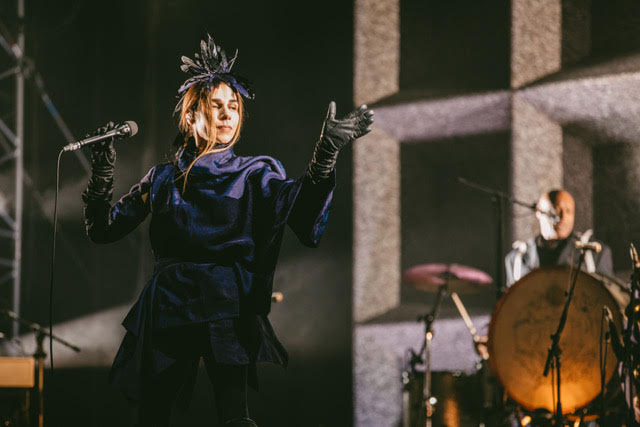