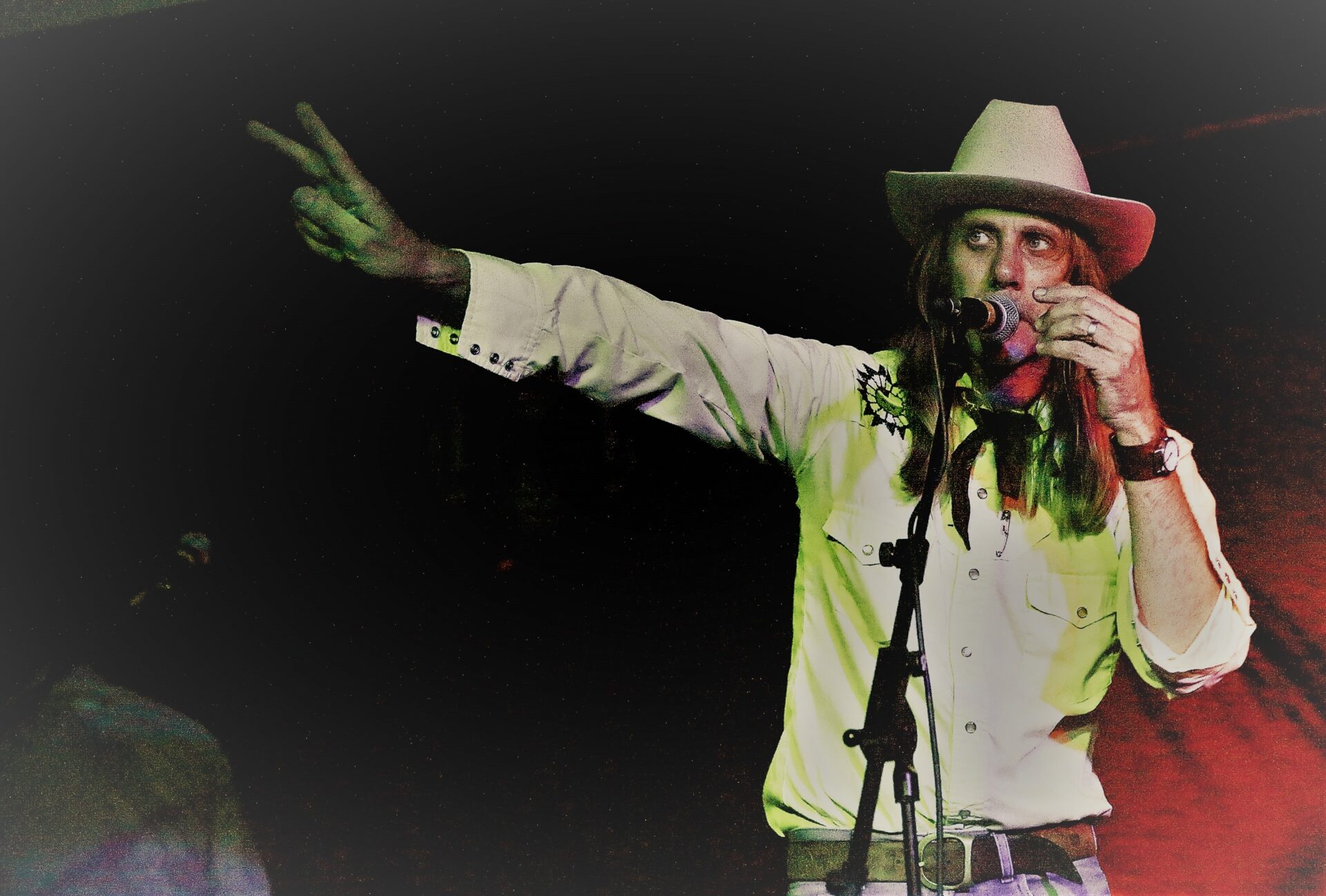 Brent Rademaker is a long way from home but feels pretty happy about it. Perhaps the man from Los Angeles is just relieved to be thousands of miles away from his homeland where Hurricane Harvey and his country’s President continue to wreak havoc? But as the evening evolves it soon becomes apparent that his assertion owes far much more to his present state of mind than the current distance that exists between him and the United States.

Rademaker, who made his name with Beachwood Sparks, Further, and The Tyde, is here with GospelbeacH who are making their first ever appearances in the UK.  He is still stoked about the band having been asked to play their inaugural show in this country last weekend at the Green Man Festival alongside many of his musical heroes, including Julian Cope, Ride, the Allah-Las and Ryan Adams. Rademaker’s particular admiration for the former Teardrop Explode frontman is reflected on the second song GospelbeacH perform here tonight, ‘Out Of My Mind (On Cope And Reed)’, taken from their debut album Pacific Surf Line.

GospelbeacH’s set on this tour, though, concentrates mainly on material drawn from Pacific Surf Line’s follow-up, Another Summer Love. Released a couple of months back, the record translates Brent Rademaker’s feelings of happiness into glorious song. It captures his experience and understanding of Southern California; not the sunshine and surfing stereotypes of all those television commercials but more a pure Zen state of emotional well-being. ‘Hangin’ On’, ‘In The Desert’ – with its glorious West Coast harmonies and a delightful guitar break from Jason Soda – and the country honk of ‘You’re Already Home’  – all reflect this deep sense of spiritual integrity and freedom.

With Another Summer Love, GospelbeacH have managed to create a perfect modern-day playlist for some lost American FM radio station from the late ‘70s, one that would regularly feature tracks by Cheap Trick, The Cars, and Tom Petty and the Heartbreakers. This sensation of driving along some abandoned freeway with the radio on and car window down is distilled into set-closer ‘California Fantasy’, a soaring slice of neo-psychedelic pop where the band is joined by Miranda Lee Richards on harmony vocals.

California Fantasy also lends its title to the current tour, a joint-headline affair in which Miranda Lee Richards shares the bill with GospelbeacH. Richards first hove into musical view through her associations with the Brian Jonestown Massacre. She has since gone on to carve out for herself a more than respectable solo career, the last recorded output of which Existential Beast provides all bar one of the songs of her opening set tonight (‘Colours So Fine’ from her previous album Echoes of the Dreamtime being the exquisite exception).

On Existential Beast, Miranda Lee Richards has her creative finger on the wildly fluctuating pulse of the critical and transformative times in which we now live. Against a seductive sonic backdrop of gentle psychedelic indie-folk – riven through with greater muscular heft on ‘The Wildwood’ – she asks if this world of ours can possibly be saved. The jury is still out on that particular question but there remains no doubt about Richards’ artistic talent. Alongside GospelbeacH, her contribution to a quite superb evening of musical entertainment is immense.

The California Fantasy tour at The Crescent Community Venue in York was brought to us by Bad Paintings and Please Please You.