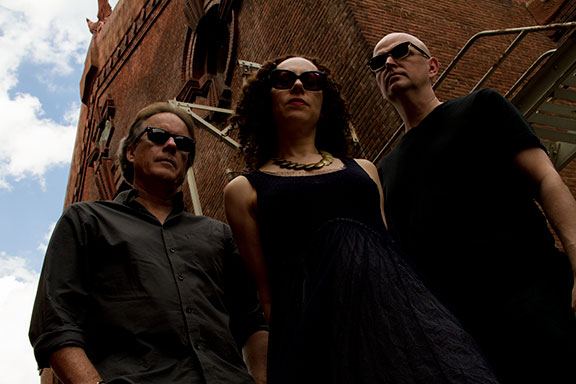 Philadelphia outfit Tulipomania‘s new single ‘On The Outside’ is a dark, mournful number with a sinuous percussion and strings that stab, rumble, and guitars and synth scald; it sounds like a more muscular Tindersticks fronted by Mark Lanegan. It’s laced with a sinister foreboding of Tom Murray’s vocals, ‘It’s always better when the news is wrong,‘ he sings like he’s looking from the outside in bewilderment at the nightmarish shadowy fake news agenda peddled by sociopathic orange man-child President Trump.

We have the premiere of the video for ‘On the Outside’ which presents intricate torn paper and tape collages of live performance, melded frame-by-frame with interior and exterior images, and additional objects in the band’s examination of shifting mental states of focus.

The new three-track single will be available via Sursumcorda Recordings on 15th September. It is already available for pre-order from Tulipomania’s Bandcamp page.