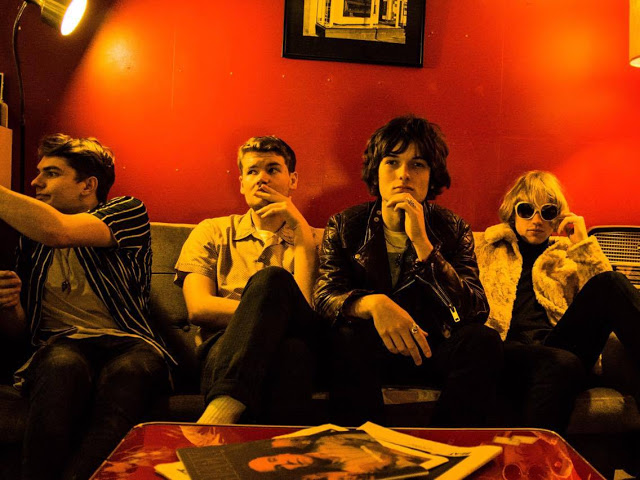 Cornish band The Velvet Hands release live favourite ‘Games’ on the 22nd of September, its the second single from their debut album, ‘Party’s Over’, slated for release early in 2018 and follows ‘Sick Of Living’, their RSD17 7″ vinyl. We have the first airing for the lyric video, obvious comparisons for their brand of spiky rabble rousing punky spirit and frantic vocal sparring, are the Libertines and The Damned, watch it above.

The Velvet Hands have released a string of DIY singles over the past few years, backed up by live sets starring two front men, Toby Mitchell and Dan Able, who wrestling for the mic, driven by a urgent rhythm section; Sam Hilder (bass) and Louis Willbourne (drums). The Velvet Hands have already played shows with landmark live club, This Feeling, performed at The Great Escape Festival 2017.